New Tales from the Borderlands Review

At the height of their popularity with episodic narrative adventures, developers Telltale Games were able to snag quite a few licenses and implement their formula to them. One such game was Tales from the Borderlands, an unexpectedly funny and charming adventure of some misfits from this chaotic game universe. Publisher and franchise owner Gearbox Software clearly saw something in that game as well, as seven years later they have created a narrative adventure of their own. But the resulting confusingly named New Tales from the Borderlands only serves to prove that not everyone can pull off an engaging story. 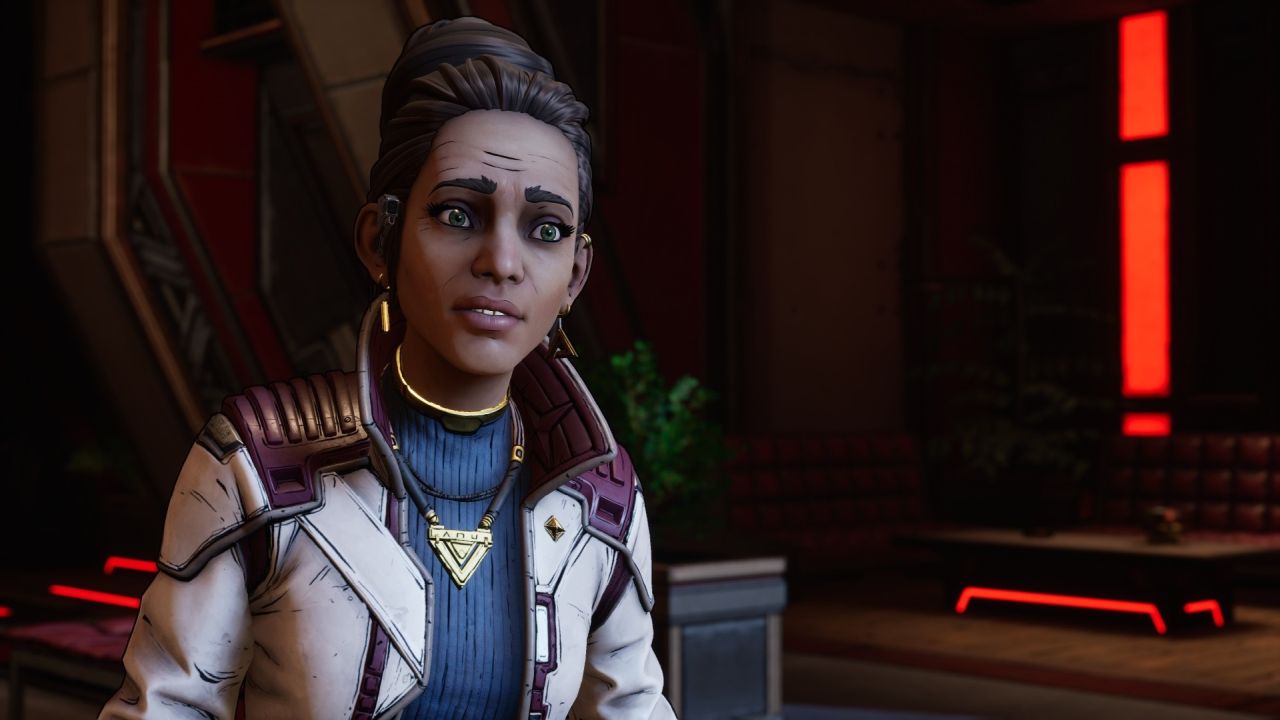 The follow-up adventure has few connections to its predecessor, except for of course taking place in the Borderlands universe. The events pick up about a year after Borderlands 3, when one of the weapon manufacturers from the game, Tediore Corporation, begins an assault on planet Promethea as well as the nearby orbiting headquarters of rival Atlas Corporation. They are of course looking for a vault key that Atlas CEO Rhys Strongfork holds, and the promise of the vault itself on the planet below. Tediore succeeds in assuming control of Atlas as well as implementing martial law on Promethea.

Caught up in these events are three playable characters. Anu is a scientist that works for Atlas, but soon finds herself on the surface of the planet, hoping to reunite with her brother and second playable character, Octavio. He happens to work for Fran, the third playable character, a bitter owner of a frogurt shop that was destroyed in the last war on the planet. When the three of them come together, they decide to take the opportunity to steal the vault treasure from right under Tediore and its CEO, Susan Coldwell. But even upon succeeding, and taking control of a mystery crystal that seems to heal all wounds but also sort of possesses Anu, the trio are unsure of what to do next, and find themselves to be the target of the invaders.

Borderlands isn't a franchise known for its strong writing or storytelling, but Telltale showed that any game world can be adapted to create a solid narrative. Unfortunately, New Tales is unable to reach that high bar, or barely any bar at all. By far the game's biggest problem is just how drawn out it is. Every scene, every encounter and story beat just goes on for too long. It's fascinating and dreadfully dull to see character conversations stretched far beyond what is necessary to convey the plot, with endless and mindless exposition that offers little content. The opening chapters are a drag, and in the middle the action picks up a little at least. But then it gets particularly bad in the final two chapters, where the story turns into a cliché space adventure with little traces of the Borderlands DNA and few attempts at humor. The story as a whole simply lacks stakes or a sense of urgency or adventure, and at 8 hours long, there is plenty of trimming that was needed. 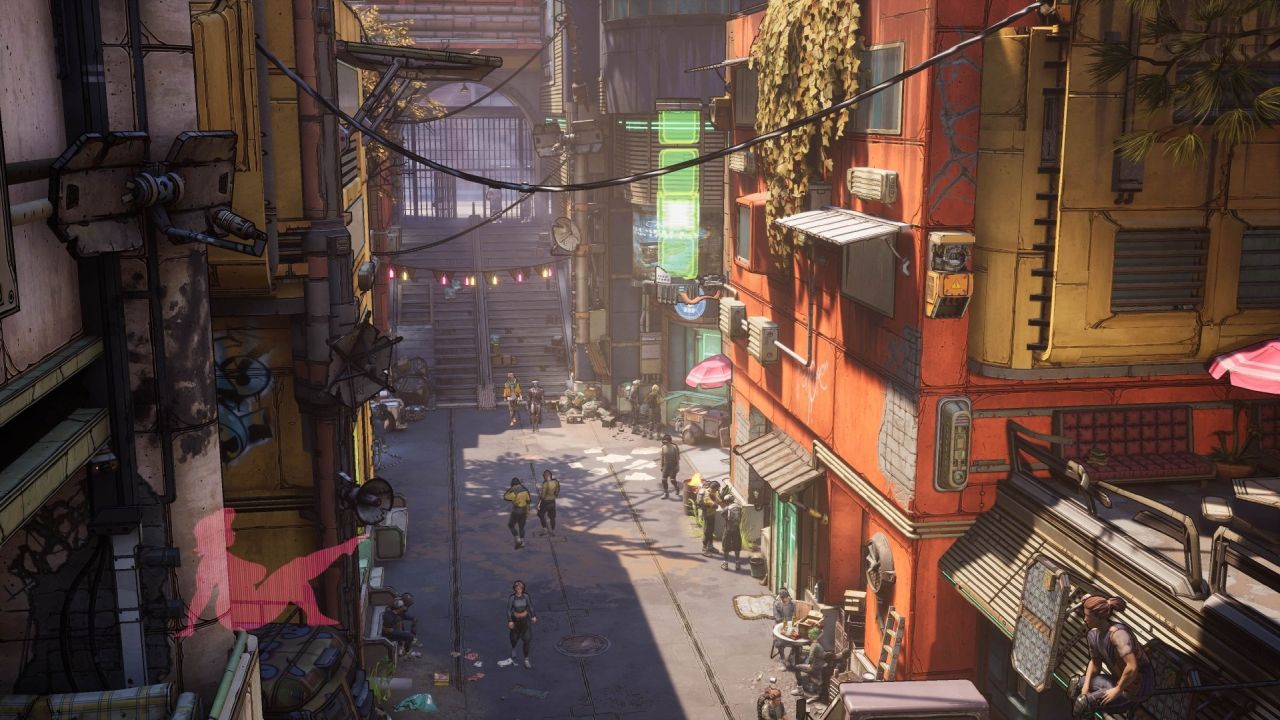 It's not that it's badly written, either, though your enjoyment will depend on how much you like Borderlands style humor and pop culture references. Some jokes will land, others may make you chuckle, and many will fall entirely flat. Even so – in a typical Borderlands game, you can go for a long time between story cutscenes, giving you reprieve. But in a narrative game, all you have is constant dialogue, and it's just not able to handle that pressure of consistently trying to deliver. The characters don't help either, with none of the cast experiencing any sort of change or growth. Anu is awkward and tightly wound for the entire story, her charismatic brother Octavio continues to be a fool, and Fran claims to take control of her anger but with no results. The supporting cast manages to often outshine the main trio, like the occasional companion assassin bot, L0U13, or the random Tediore soldiers they often encounter.

The gameplay doesn't offer much either. It's an adventure game, so your expectations should already be set accordingly, but even so a lot of the interactions feel very throwaway. In typical adventure game fashion, you can decide how the three main heroes behave and what they say to others and each other. Dialogue choices often feel very limited and similar to each other, with little discernible outcome beyond the responses that immediately follow. The sequences are often so crudely cut, that the game isn’t even able to maintain a smooth pace. A distracting loading icon and sharp conversation turns happen after each dialogue choice, making it obvious when you diverge and return to the main fixed conversation path. The outcomes themselves are often negligible and all the important stuff is saved for the end-game. It's difficult to see how any of the early or mid-game story can play out differently – certainly, don't expect any major changes – and it's equally difficult to see who'd want to play through this dull adventure more than once.

Outside of dialogue choices, there are the expected occasional quick time events and mini-games. The QTEs are simple and straightforward, with specific button presses and mashes, and failing a few may result in game-over screen (instead of a new story outcome), and you just restart the scene. As with most adventure games, the action scenes are awkwardly presented and lack any sense of danger or intensity – which stands out more negatively in a Borderlands game. Elsewhere, occasional mini-games crop up, but they are extremely basic - you just mash a button with given timing, or sometimes choose what to shoot at with a reticule. These highly shallow mini-games only compound the dullness of the whole experience. The only positive here is that they can be skipped or tuned to be even simpler through the options – as well as the ability to turn off the dialogue response timer, which is again poorly implemented and often runs out just as another character is done speaking. 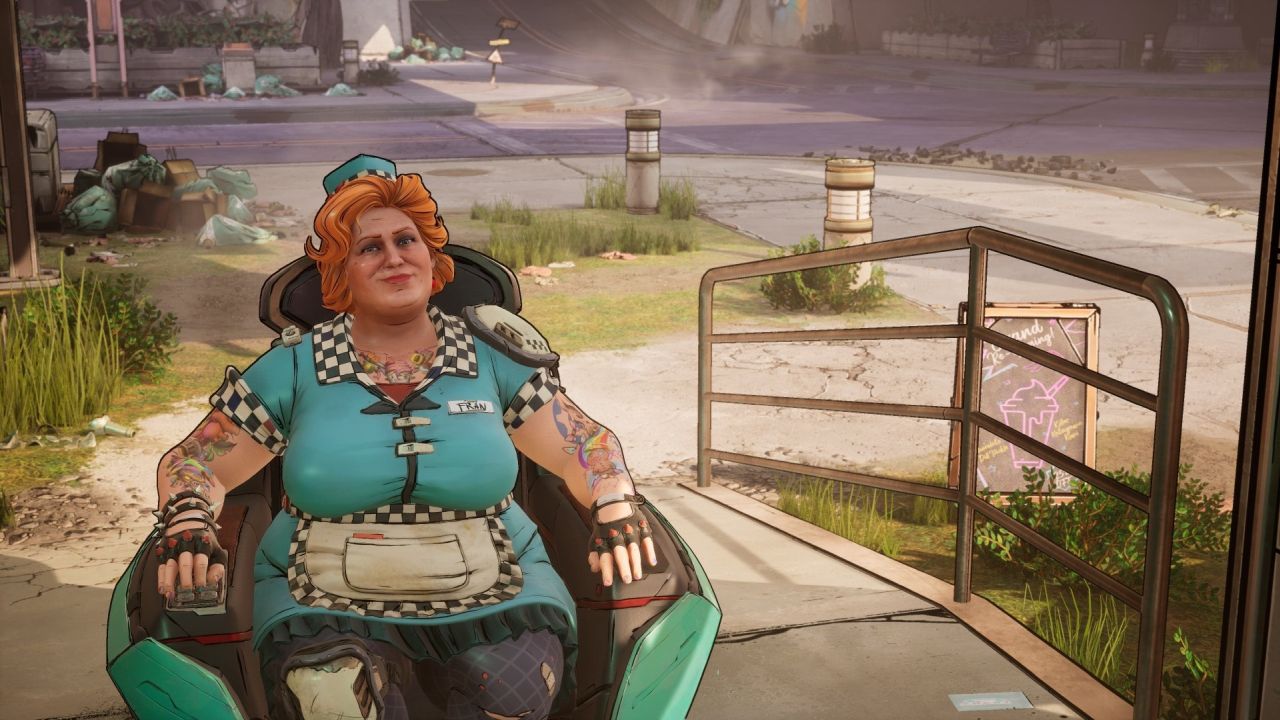 Lastly, the game does have a few areas where you can walk around and interact with items and characters. These moments are at least above average, as you grab some money from typical Borderlands loot stashes, and chat with optional characters. It's also nice that the camera is traditional third person and not fixed, as in most adventure games. Still, on the whole, the interactivity in New Tales is limited and largely boring, even by adventure game standards.

Further padding the feature list, but adding nothing to the fun, are some optional activities. For one thing, the group's relationship with one another is tracked in the form of a simple rating, but it only matters in the final outcomes and one or two other scenes. Getting to a high rating requires very specific choices, which goes against the notion of player choice. Another thing you can do is collect optional Vaultlanders action figures, and then fight against challengers in yet another simplistic mini-game.

Probably the game's biggest and perhaps unexpected strength is the presentation. The opening hours do a good job of capturing the spirit of the Borderlands setting, where the jokes are still good and character introductions are amusing. The voice acting is solid, as is the lipsync, and the game uses mocap for its animation, which gives it a rather good look that's much better quality than the usual Borderlands games. The visuals are also above par, with the classic Borderlands semi-celshaded look, alongside higher quality face close-ups as well as great lighting effects in certain spots. The soundtrack consists of a few custom songs seemingly written specifically for the game that play at certain story interludes. 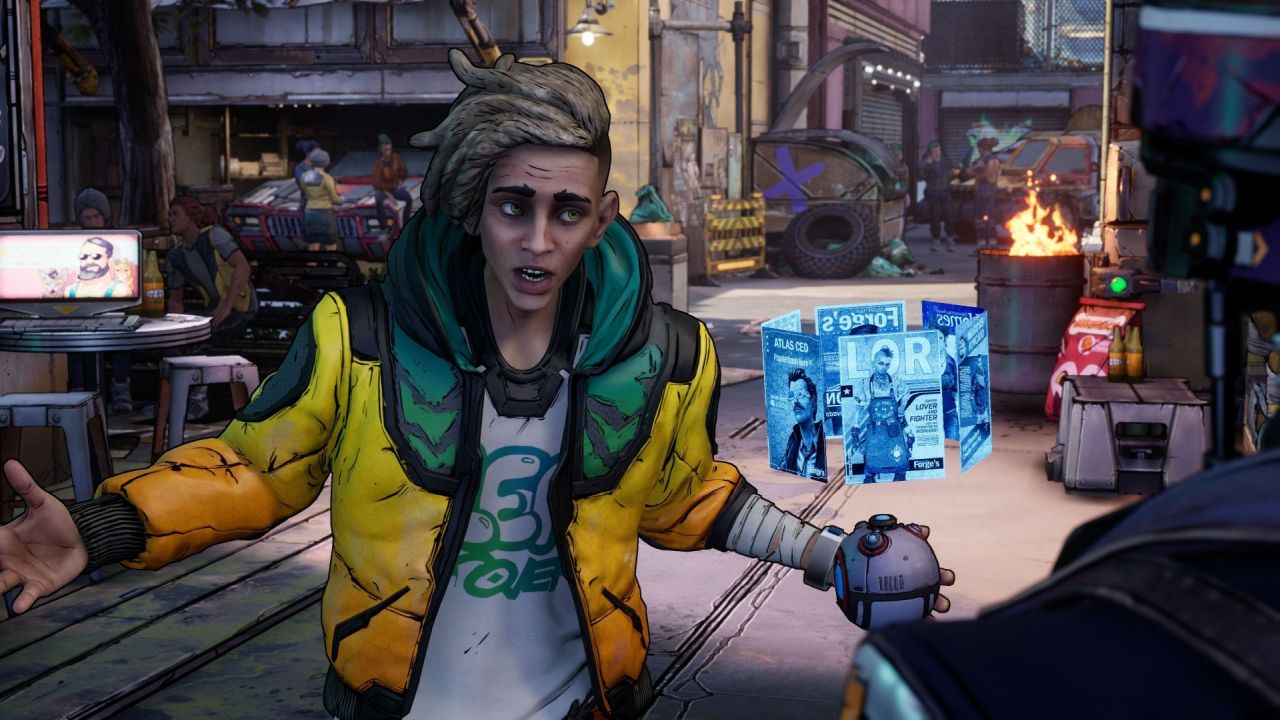 The episodic narrative adventure game boom was a unique time when Telltale caught lightning in a bottle, and even they could not make it last. Years down the road, the genre still has its fans and many developers attempting to recreate the magic, but with limited success. New Tales from the Borderlands continues this trend. Its biggest crime is that the adventure is very dull and every scene is overlong, making you realize that this whacky universe is at its best when there are interludes between dialogue where you can go and shoot things. The pressure of a narrative-only adventure was apparently just too much to handle, and the limited interactivity that is thrown is only serves to further disappoint. It may look and sound like Borderlands, but only the most hardcore, lore-focused fans of this universe will get any thrills out of this adventure.

Our ratings for New Tales from the Borderlands on PC out of 100 (Ratings FAQ)
Presentation
70
The opening hours feel very in-universe, but the further you go, the more generic the action becomes.
Gameplay
50
A variety of extremely dull minigames alongside the typical choice-based gameplay. Some decent options to add flexibility to the mechanics.
Single Player
40
An overlong tale that becomes more and more generic as it goes.
Multiplayer
NR
None
Performance
(Show PC Specs)
CPU: AMD Ryzen 7 5700X
GPU: AMD 6700 XT 12GB
RAM: 16GB DDR4
OS: Windows 10 Pro 64-bit

80
No issues, aside from minor texture streaming delays.
Overall
50
For a few moments, New Tales from the Borderlands captures the feeling of the series, but for the most part it's a rather generic and overlong trek that fails to excite, entertain, or amuse.

New Tales from the Borderlands 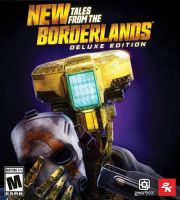 New Tales from the Borderlands
8 images added 8 days ago

New Tales from the Borderlands - Debu...
Posted: 99 days ago

New Tales from the Borderlands - Game...
Posted: 89 days ago

All videos for New Tales from the Borderlands (2)
Advertisement ▼