The gameplay found in Resident Evil has been tried and tested over many years. The franchise has seen numerous main releases, spinoffs, and remakes. Other games have blended their own secret sauce into the action-adventure recipe, such as Dead Space with its dismemberment and marker-related shenanigans. SIGNALIS is like a blend of these two popular franchises, with a few tweaks of its own and anime sensibilities. The biggest difference is that it uses an isometric perspective with pixelated visuals to give it a retro style. The core gameplay of SIGNALIS is solid because it is familiar and reliable, but problems with the inventory and a baffling story mean it comes with a slightly bitter aftertaste. 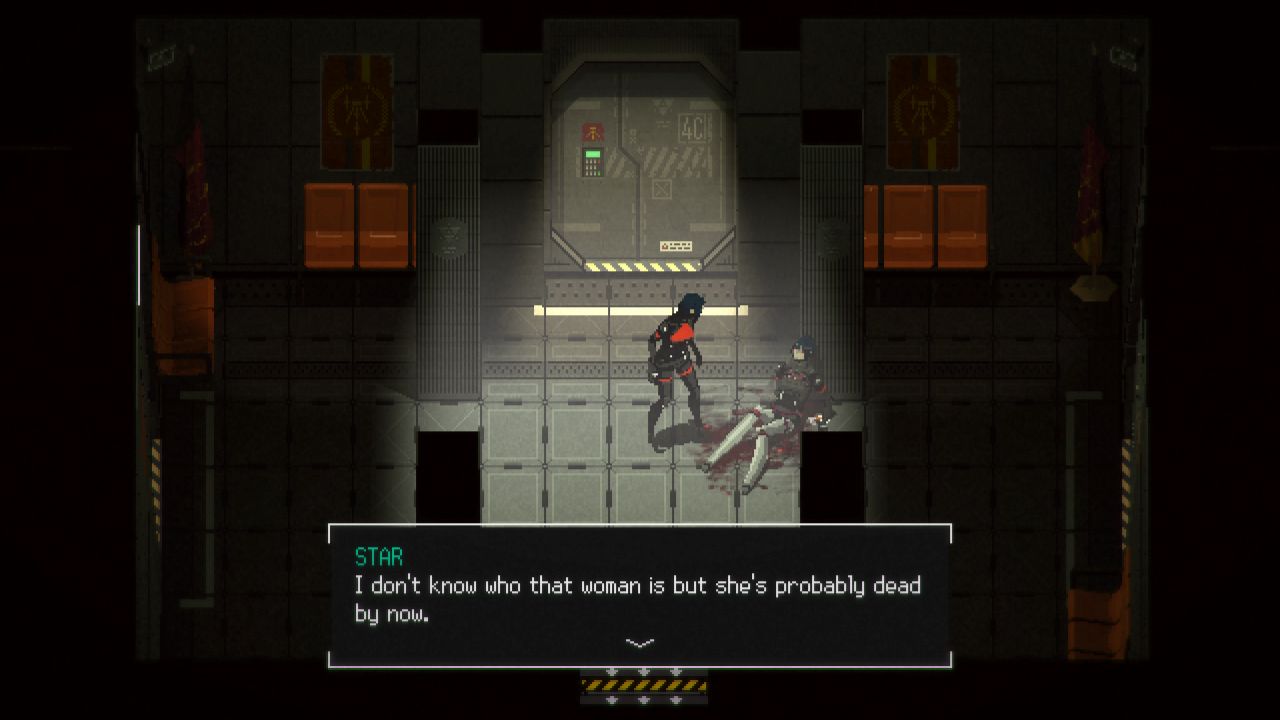 SIGNALIS starts in typical sci-fi fashion. You wake up in a stasis pod on a spaceship that has crashed on a remote planet. The only other stasis pod is empty, and one environmental suit is gone. Somebody is missing and your primary goal is to find them. Not far from the ship is a hole in the ground and, with nowhere else to go, it is time to find out what lurks below.

Upon entering the hole, you find yourself in an underground base. Dead bodies and blood stains cover the floor. It does not take long to meet some deranged humanoids swinging cleavers in your general direction. With the help of a pistol they go down easy, but they will eventually get back up; the reanimating zombies give no time to dawdle as you hunt for leads. Some non-hostiles are still alive amidst the chaos, although usually injured or dazed. After talking to them and reading notes, it appears as though an infection has caused all of this.

While the setup is straightforward, the narrative is complex due to the player-character’s background. You are what is known as a Replika: an android worker that has more resilience than regular citizens. Replikas live longer and were created to fill specific roles, like security guard, administrator, and technician. Each model is build from a neural imprint, so the story involves existential themes and questions about memory degradation. Many Replikas in the base actually look similar; most are young women with anime hairstyles, body-contouring military uniforms, and pointed jaw lines. This similarity is just the first obstacle when it comes to understanding what is going on. 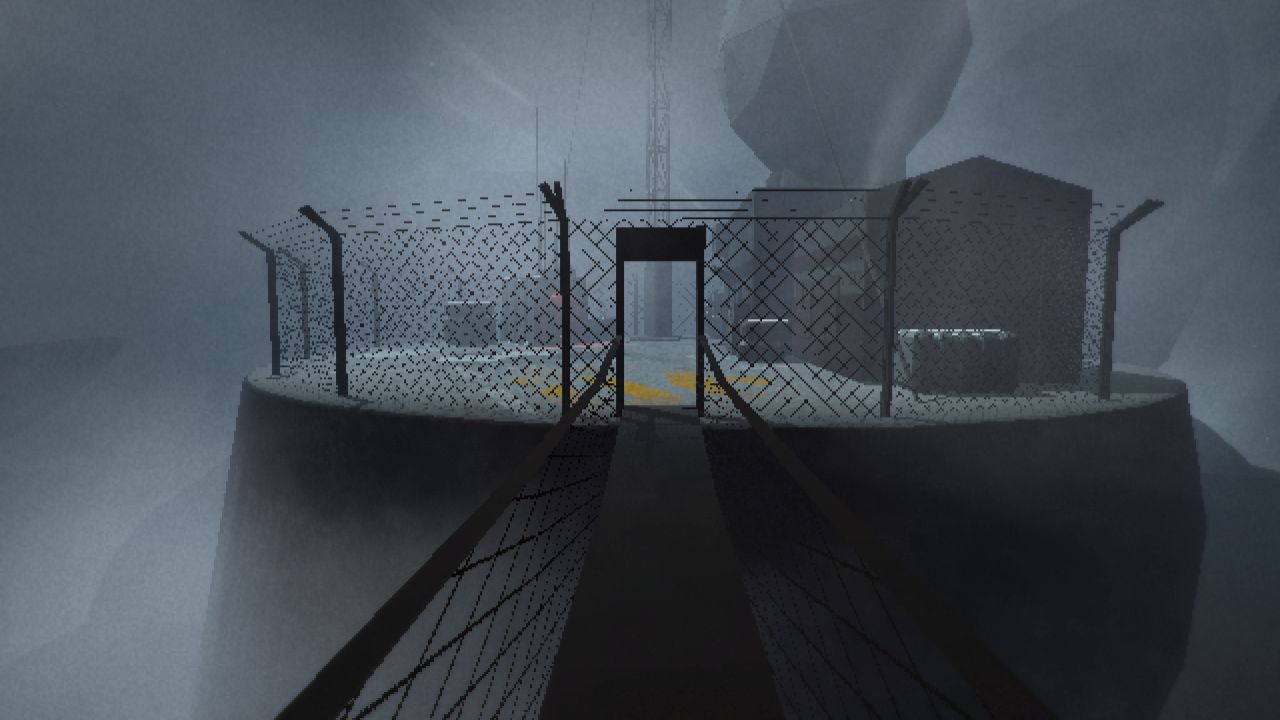 Much of the story is hard to decode. The text uses a mix of German and English, which helps to set it apart but hinders understanding. Notes often describe technology, but the jargon is messy. There is not much normal exposition about the base’s occupants. Dialogue is often vague and mysterious, not unlike its anime influences. The adventure also veers into the abstract realm, with poems and dreamlike scenes. It even has a fake ending, which is annoying but gets worse as the real finale drags on to add confusion. The ten-hour adventure seems built to encourage theories and while the narrative approach is unusual and memorable, it too often sacrifices clarity.

What is also unusual is how the world is presented. From a quick glance, it appears to be simple 2D pixel-art from the isometric perspective. But the world is actually 3D with basic geometry that gives it subtle depth. To achieve the pixelated look, the game has been rendered at low resolution and enlarged. Most rooms within the base are displayed as a separate screen, with brief loads between, like in older games. A first-person viewpoint is used occasionally to interact with important objects, like computers or elevators. These moments are like playing a 3D game from the early 90s and help to ground the world and sell its retro-futuristic setting. The pixelated visual style also encourages the imagination, to fill gaps that are not clearly defined. But, despite the nice style, sometimes it is hard to guess what the world is showing.

While the story and visuals are atypical, the gameplay is Resident Evil to a T. Like that series, there are rooms in the underground base that have a save point (with four slots) and a magical box that shares stored items with every other magical box. Weapons include a pistol, revolver, shotgun, flare gun, and rifle. Ammo takes up precious inventory space, along with healing sprays and puzzle items. There is an additional quick-slot that lets you zap enemies with a stun rod or equip a flashlight to explore dark areas. You can even use rare thermite grenades to burn the dead so they never revive. 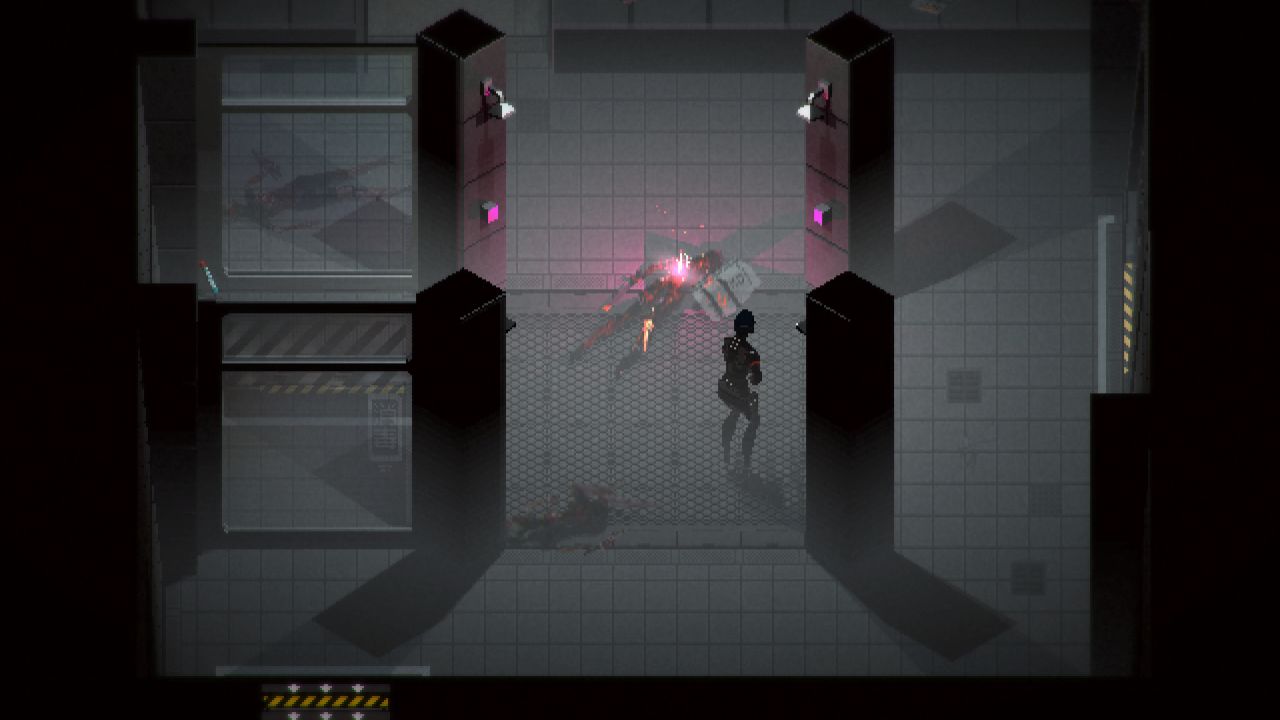 So you explore the underground base and either kill or run from the shambling horrors. Combat is deliberate but rewarding, with accuracy improving as you hold aim at enemies that may be oblivious to your presence. Felled foes squirm momentarily and should be stomped on before they recover. Since enemies do not move through doors, they can be avoided to preserve ammo, although you will take damage when rubbing shoulders; killing is most useful in well-travelled or constricted areas. A great 2D map helps navigation, labeling points of interest and clearly showing any locked doors or blocked paths.

Outside of combat, you will be opening doors with found keycards and solving a variety of interesting puzzles. Most first-person scenes have good interaction, like when using safes, keypads, terminals, or an incinerator. Some can be solved by messing with the buttons. Others require deduction or clues/items found elsewhere. Your character also has a radio module that can be tuned to different frequencies in real-time, to solve many audio puzzles and kill a specific enemy type. The inventory also facilitates the combination of objects, in typical adventure-game fashion, like to mix chemicals and reveal a hidden code inside a picture.

Unfortunately the limited inventory is a nuisance that gets worse as the game progresses. With just six inventory slots, there is not much room for anything but the essentials. Even as you find more weapons, you will probably only end up carrying one or two just to have some free slots for the many puzzle items and random resources. If you come across a healing item, for example, you cannot heal directly until it is put in your inventory first. And since items cannot be dropped, collecting vital resources is a petty time waster. Every minute you are making a decision about whether it is worth ferrying something back to that magical box. And every new keycard puts the inventory under more pressure. While managing resources is a key part of similar games, in SIGNALIS it is far too much of a burden. 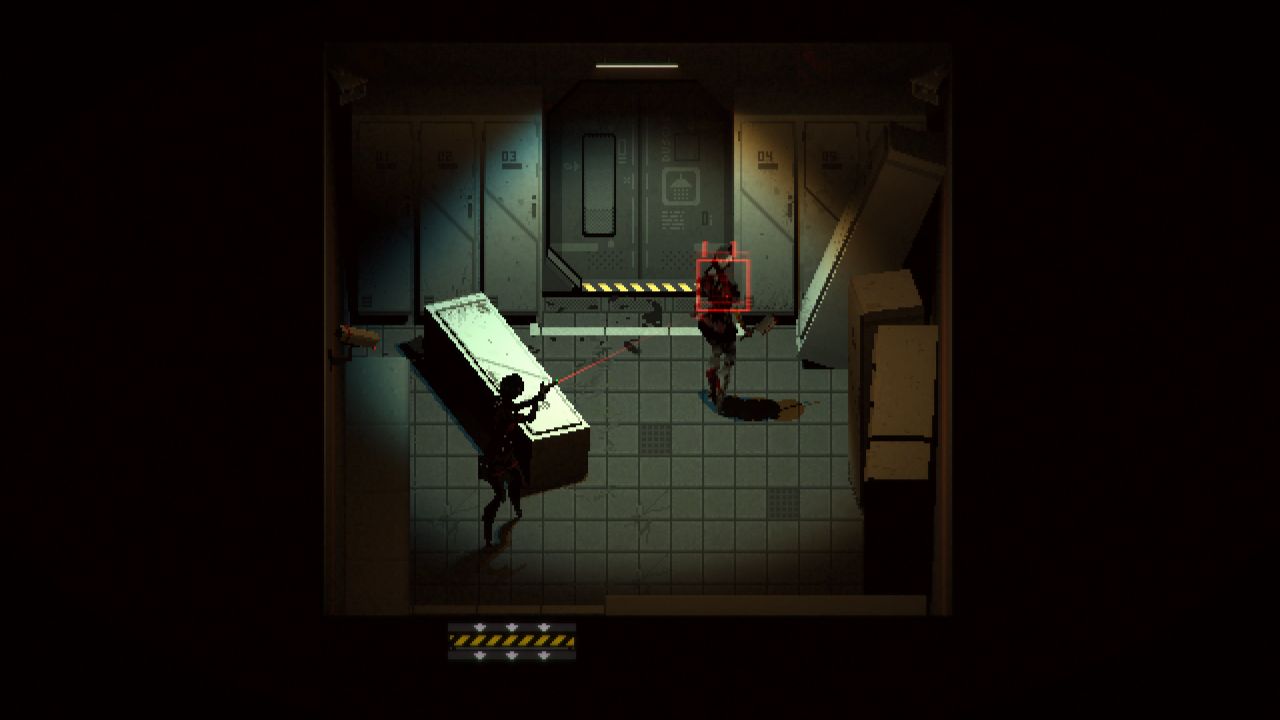 Despite bothersome inventory management and a confusing story, SIGNALIS has all the markings of a good action-adventure. Borrowing most of its gameplay from the Resident Evil template, the action is familiar in a good way and exploration unfolds steadily. Puzzles are nicely varied and the first-person scenes help break up the typical isometric action. With a cool pixelated style and anime themes, it also feels suitably different from its peers. SIGNALIS may broadcast a strange encrypted message and keep players’ hands overly full, but many will enjoy tuning into what it has to say.

Our ratings for SIGNALIS on PC out of 100 (Ratings FAQ)
Presentation
75
With an unusual retro pixel-art style and a simple 3D world, the game has a surprising visual appeal and some neat first-person interaction. Music and sound effects are more subtle.
Gameplay
70
The core action loop from Resident Evil is familiar, with some good puzzles. The combat is also fine but the limited inventory space becomes more and more annoying.
Single Player
60
Not much of the story is straightforward, although it appears simple at first. With vague delivery, a false ending, and abstract sequences, there is not enough clarity across the ten-hour runtime.
Multiplayer
NR
N/A
Performance
(Show PC Specs)
CPU: AMD Ryzen 5 3600
GPU: ASUS 6700 XT DUAL OC 12GB
RAM: 16GB DDR4
OS: Windows 10 Pro 64-bit

80
No performance issues although the loads between areas could be quicker given the simple world. Some doors/items did not show interactive prompts right away.
Overall
71
Intriguing visual design, a well-tuned action loop, and varied puzzles hold SIGNALIS steady against interference from silly item juggling and an incomprehensible narrative. 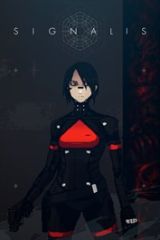