All colors, no substance

There was a time when it did not make sense to port games to other platforms, but the gaming landscape sure has changed. Mobile devices now have plenty of processing power, making the transition easier both to and from portable screens. And modern engines are built to encourage developers to reach a wider audience. Little Orpheus originally released on Apple Arcade for Mac and iPad/iPhone in 2020, focusing on so-called “commute-friendly” episodes. With a bit of spit and polish, and a completely new episode, this 2.5D platformer has now released on modern gaming consoles and PC. While the visual side of Little Orpheus is up to the task, thanks to the colorful underground worlds, the gameplay is less fun than working in a Russian gulag. 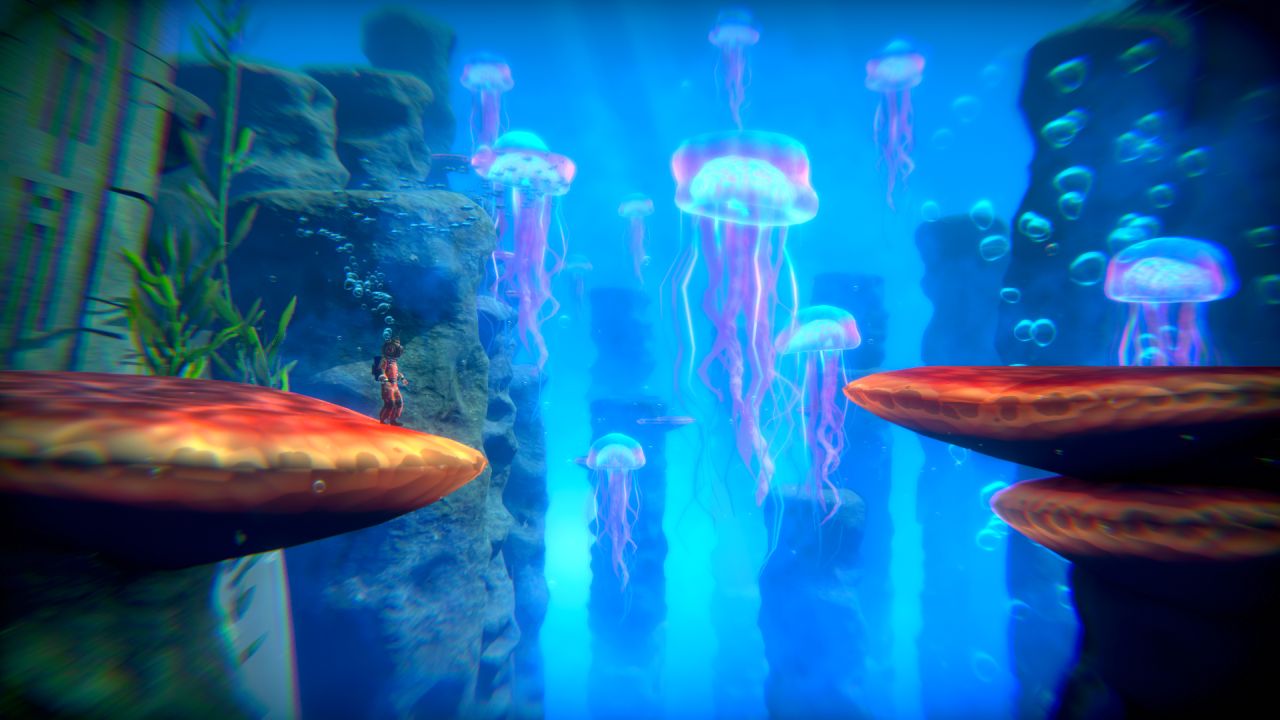 Little Orpheus begins its story in 1962 with the interrogation of comrade Ivan Ivanovich, the playable character. He is being questioned by a short-tempered general who demands to know where a nuclear device is located. The atomic device in question helped to power a massive drilling vessel that took Ivan down to the centre of the Earth. But there was an accident during the descent, and the device got dislodged, leaving Ivan stranded underground. As the player performs basic platforming tasks, Ivan tells the general what happened as he traversed wondrous lands under the Earth’s crust.

Spread across eight main episodes, Ivan regularly talks about all the times he nearly took possession of the nuclear device. Something always prevents him from getting it, either he falls down into yet another hidden world or some creature takes the device away. And despite this, Ivan regularly promises that he’s just about to get to the point. He goes on silly diversions like somebody trying to meet the minimum word count. It is fitting that, for a game set mostly underground, Ivan regularly talks from where the sun doesn’t shine. Although the general’s angry reactions to Ivan’s fantastical tale can sometimes be funny, the narrative becomes irritating because the adventure keeps getting reset. At first Ivan is a charming, unreliable protagonist, but by the end you may want him shot. The entire narrative treads water as an excuse to keep treating the player to a new biome under the Earth’s surface.

Each new episode features an entirely different setting and a whole new swatch of colors. Starting with a lush jungle and a T-Rex threat, the mood is generally light and fun. Ivan later crosses desert sands, just like those out of Journey, and dives away from swooping pterodactyls. There is one episode in the belly of a giant whale and another along the bottom of a sea where Ivan must avoid an electrical kraken. All these settings are fantastical, bright, and influenced from popular adventure/sci-fi works, like Journey to the Centre of the Earth or The Time Machine. The downside is that there is too little continuity. Even when a persistent antagonist is introduced, it rarely makes a difference to the sense that each episode is just starting things over again. 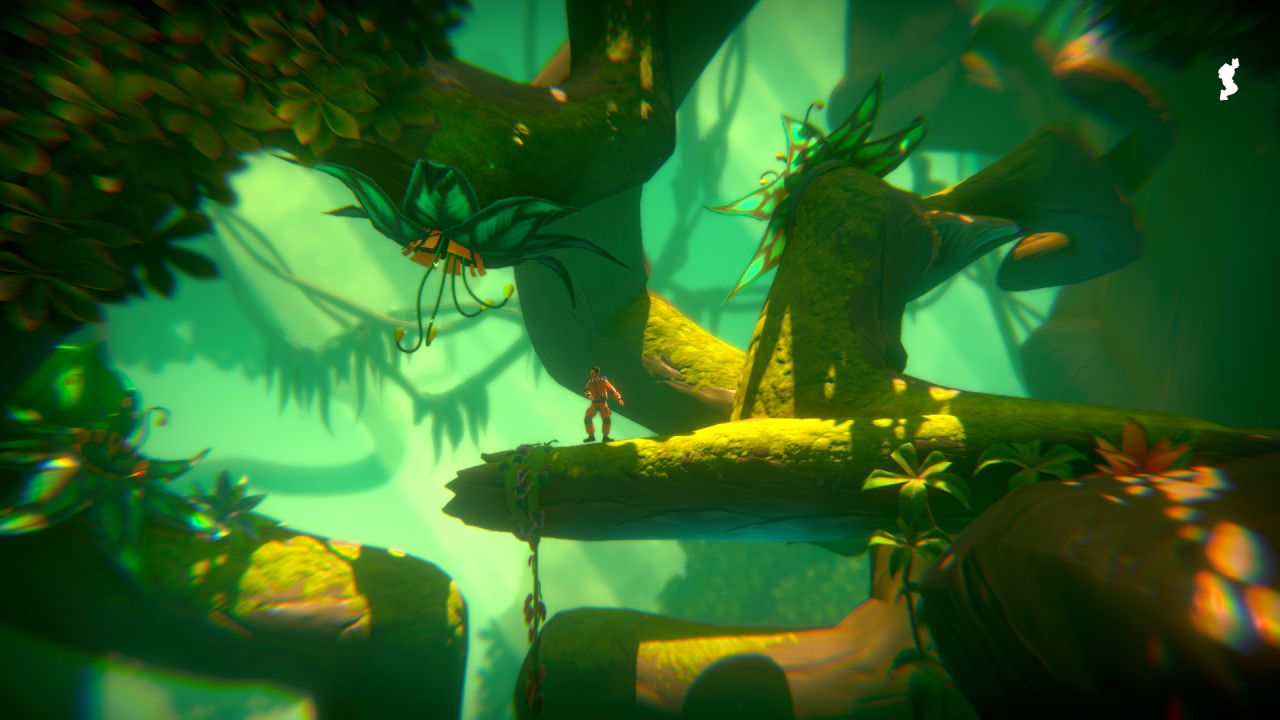 Ivan spends a good portion of his time jumping, walking, and climbing vines. As far as platformers go, the gameplay is basic and underwhelming. There are some levers to activate and boxes to pull, but it rarely takes longer than a blink to work out where to go. So much of the adventure is just moving left to right, with a couple of barriers to either jump over or duck under. The only time the game requires active thought is during the stealth moments, but these just mean you stop Ivan moving for a few seconds. It could hardly be any less exciting. Many episodes have escape sequences too, where you just keep running and jumping for what seems like forever. So even though each episode takes 20-30 minutes to complete, it feels longer because every part of the gameplay is so bland.

New in the 2022 release is the ninth episode. Since the main thread about the nuclear device is concluded in the original eight episodes, Ivan spends the ninth telling us about his adventure in the clouds, running from a giant toxic-gas version of himself. Like the previous episodes, Ivan takes an eternity to get to his point as he walks between countless cumulonimbus creations. And the episode itself is nothing special, with air pipes that need to be opened in order for Ivan to float in the sky. Most of the platforming is just the same, boring, and chases occasionally require turning some valves as giant toxic Ivan pursues slowly. The good news is that the level might be the best looking in the game, although maybe that’s just because my head was stuck in the clouds.

Visually all the underground worlds in Little Orpheus look good. Every episode is colorful and sticks to a theme. There hasn’t been this many colors in one place since every company changed their logo for pride month on social media. The world design is somewhat low polygon, but the art is so slick that it is not much of a problem. One disappointing visual aspect is the horrible chromatic aberration that shifts colors to red or blue on the edges of the screen. This was probably done for art purposes, but it’s not subtle and cannot be turned off. Also each episode is broken into many smaller pieces, perhaps a relic of its Apple Arcade origins, although at least the load times are short enough on an SSD. Music is generally cheerful and buoyant, using classical orchestral compositions to sound a bit like Flight of the Bumblebee at times. And even though Ivan is an irritating pest of a storyteller, he and the general are at least voiced well. 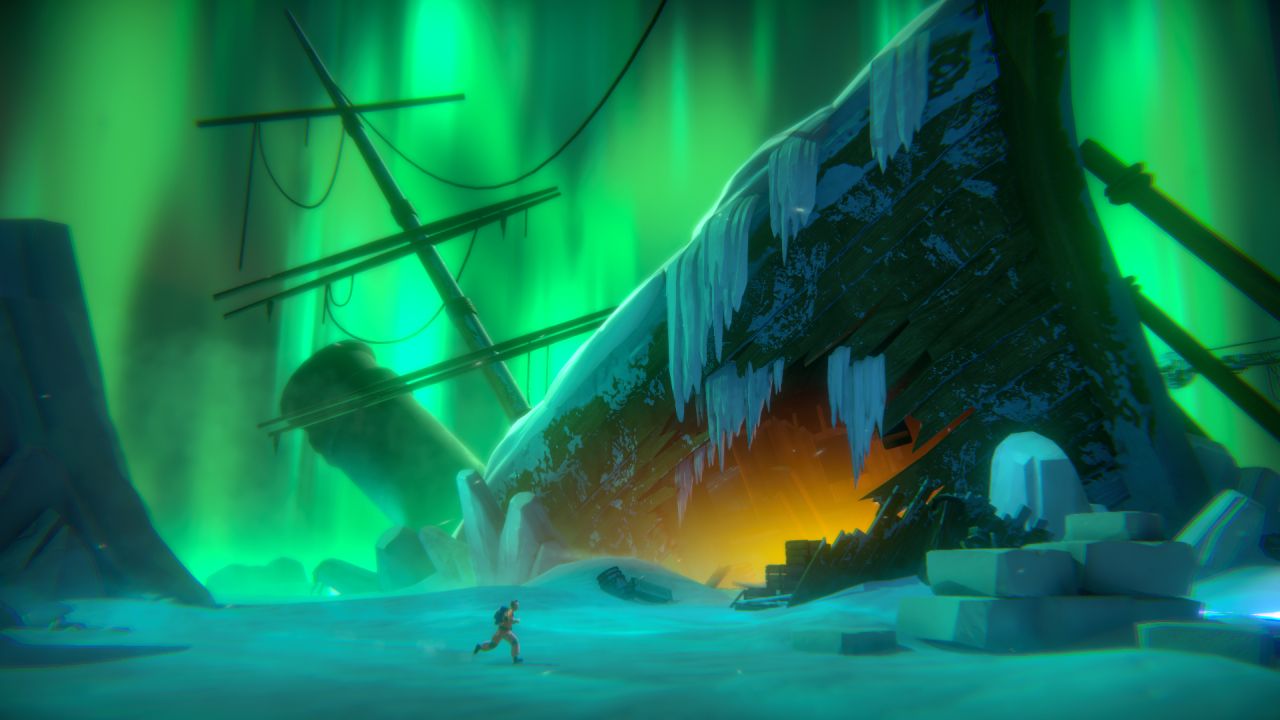 Little Orpheus’ landscapes may be colorful but its gameplay is a barren wasteland. As a platformer, it is boring and repetitive, with no memorable sequences across its four hour runtime. The story is more like a bad version of Groundhog Day, as a waffling comrade Ivan recounts his many adventures that lead nowhere in search of a nuclear device. Maybe Little Orpheus works better in bite-sized chunks that are easily forgotten between dreary commutes. Playing more than a few episodes at a time is akin to torture, and if Ivan had been forced to play his own game, he would have cut to the chase a lot sooner. If you are desperate for a colorful platformer, check out the Trine series or even Planet Alpha, because there is no pot of gold at the end of this rainbow.

Our ratings for Little Orpheus on PC out of 100 (Ratings FAQ)
Presentation
80
All of the underground worlds look great, with loads of color and interesting creatures. The music and voice work is also good.
Gameplay
50
Platforming is about as bland as it gets, with no challenge, poor pacing, simple stealth, and uninteresting world navigation. Even the chase sequences get boring.
Single Player
50
Nothing much happens as Ivan recounts his journey through all the different worlds across nine episodes and this takes about four hours.
Multiplayer
NR
Performance
(Show PC Specs)
CPU: AMD Ryzen 5 3600
GPU: ASUS 6700 XT DUAL OC 12GB
RAM: 16GB DDR4
OS: Windows 10 Pro 64-bit

80
It is a pity that each episode is broken into multiple parts, but the performance is fine and loads are short.
Overall
53
While the colorful underground worlds in Little Orpheus look fantastic, the terribly bland platforming and irritating story drag the whole experience down into the depths. 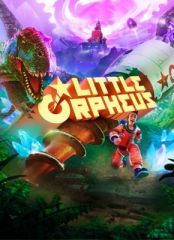