A light coastal adventure that makes it through rough weather

Indie developers often try to emulate popular games and give them a unique spin. One simple way to do this is by changing the themes. Another way is to take parts from other genres and blend it all into one big soup. Broken Pieces does a bit of both. At the core, it’s most like the earlier Resident Evil games, with fixed cameras, limited inventory space, and rudimentary action, although without much horror. Push aside the RE layer and there are strong point-and-click adventure vibes thanks to the world structure and puzzle design. Dive a bit deeper and the story unravels more like a walking simulator, with revelations over time and themes that some might recognize. While none of the parts in Broken Pieces are excellent, the combination works fairly well and it ends up being a good adventure game that has only a few annoyances. 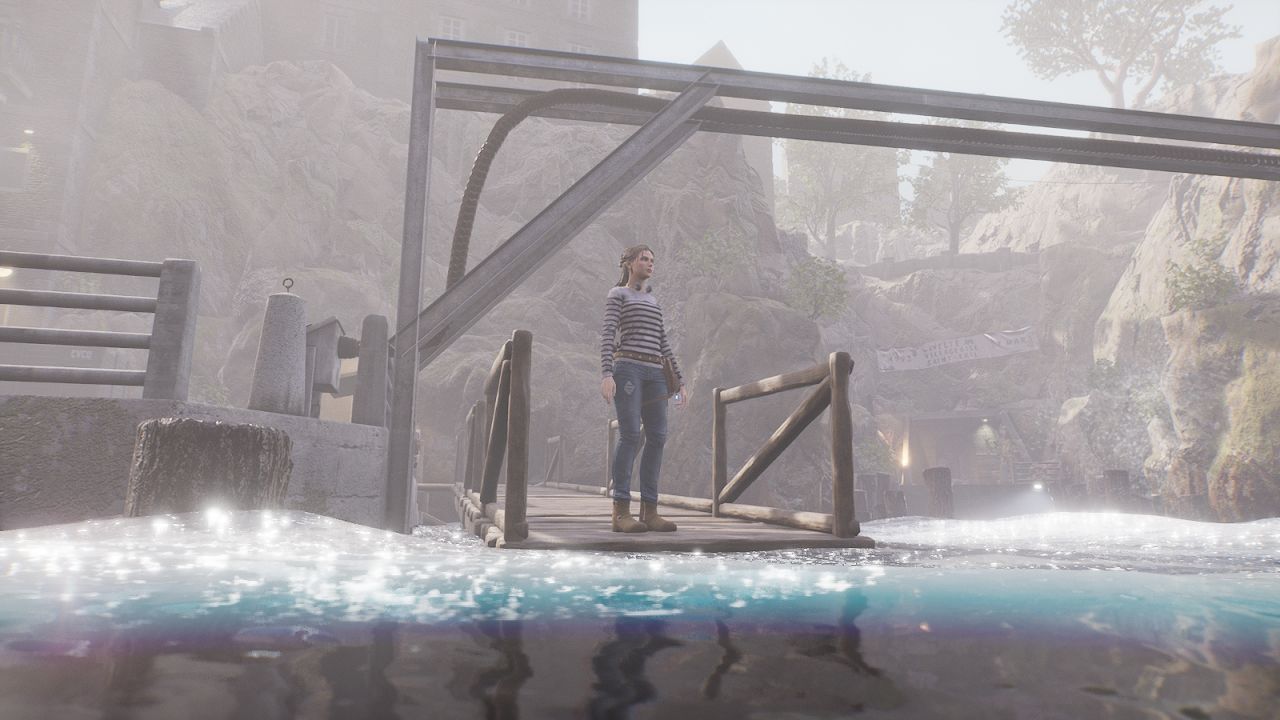 Broken Pieces drops you in its story without enough preface. Set in 1993, you play as Elise, a woman who has recently moved to the coastal town of Saint-Exil. Only now she has the entire town to herself; days ago something happened and all the other residents vanished. Now the streets only contain ghostly humanoid vapors that attack Elise and drive her back home during the night. Fortunately she has a pistol, to shoot the ghosts, and a small gemstone that lets her change the weather, but more on that later. Elise is keen to find other survivors, particularly her partner, Pierre. But she’s cut off from the world and must piece things together alone by solving typical adventure puzzles. It takes about 8 hours to finish Broken Pieces, although the ending is abrupt and not satisfying.

Much of the story is told via audio cassette tapes you can listen to as you explore. When Elise finds vital documents in the town, she must return home to read them at night. The next morning, tapes containing her findings will lead to new areas of interest. Sometimes these tapes dive into Elise’s past, like when she talks about the couple’s decision to move to the coastal town. But not all tapes are by Elise. Others are from Pierre, which are mostly pleasant melancholy songs to ease the loneliness. More tapes are found out and about, like those from the local cult leader who talks creepily about the ocean. The great part about tapes is that they automatically pause when Elise interacts with things. And because they also pick up where they left off when zoning to a new part of the town, they are a good companion when exploring. 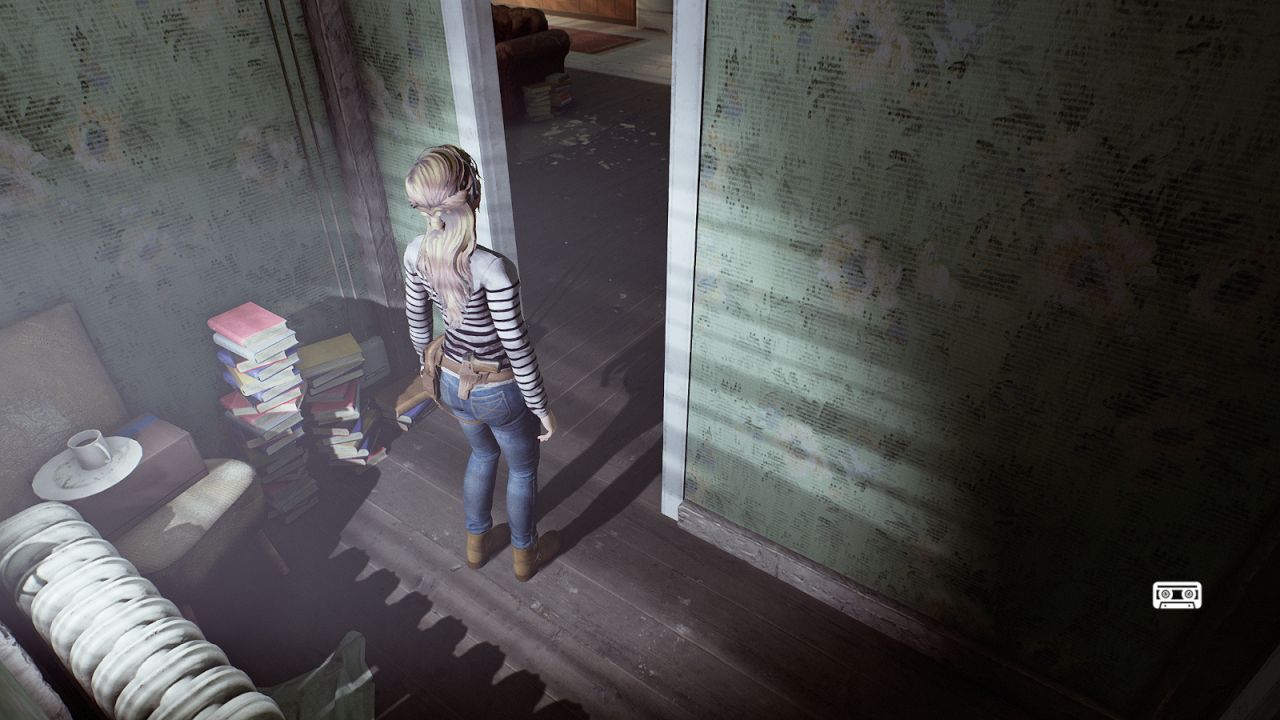 The coastal town of Saint-Exil is broken into a few different zones. There are the streets near Elise’s house, the lighthouse, the church, the docks, and a few other smaller areas. It is structured like a point-and-click adventure game, with shortcuts to ease navigation. The main difference to other adventure games is that it can take over an hour of in-game time to travel to neighboring areas. Elise’s watch keeps track of the time, and when it gets dark, navigation away from her house zone is restricted. Also at night, more of those ghostly vapor-people appear. So the day-night cycle forces players to make the best use of their time and not zone in-and-out trying to solve puzzles. But this gets annoying too. If you work out the solution to a puzzle just before it gets dark, you’re forced to leave it until the next day. A risk/reward mechanic for the night exploration would have been more effective and might have expanded the barebones action.

Combat occurs infrequently and is too simple. When the ghost enemies appear, the immediate area is locked down—all foes must be killed before Elise can progress. Ghosts are just basic attackers, able to teleport a short distance and use a melee punch. Some have magical shields that absorb damage. Elise can push them back with powers from her special gem, or stun a group. Some of the ghosts even perish if they attack her, because of the gem’s defensive bonus. Aside from the gem, she can dodge or shoot the ghosts with an upgradeable pistol that locks onto targets. Regular bullets are unlimited but special armor-piercing bullets are rare. These AP bullets are automatically crafted at night, if you put resources in the storage chest at the house. Ghost encounters are rarely a challenge and the combat needed significant improvement. 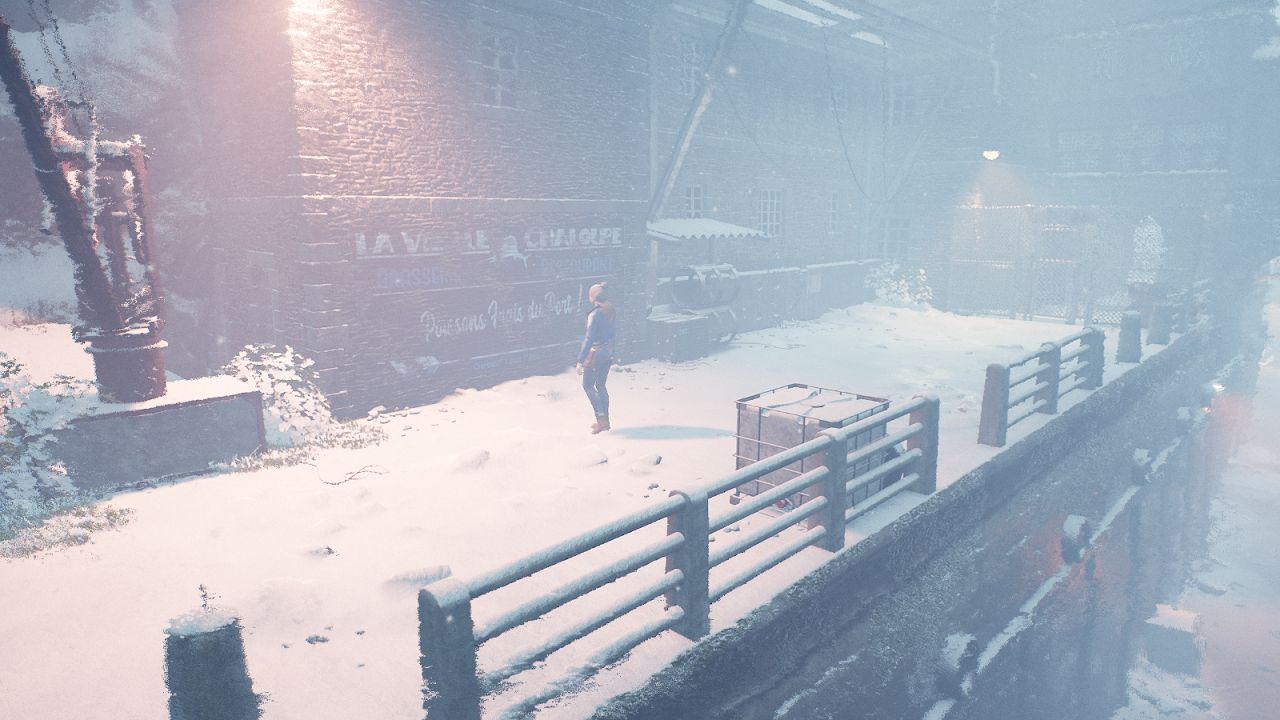 In lieu of good action, puzzles are the glue that holds Broken Pieces together. Elise’s special gem plays a role in many solutions. She can create a temporary storm that can do a few things, like knocking down trees that have been weakened by an axe. She can also turn the world into a winter wonderland, which freezes bodies of water so they can be walked over, but this can block doorways so it must be used correctly. There are standard puzzles here too, like opening padlocks with codes, retrieving keys from drains, replacing missing valves, and reproducing a musical password. Elise’s handy journal keeps useful information, so you don’t have to get out a notepad. None of the puzzles are that hard, even when including the fun, optional puzzle-boxes left by one of the town’s inventive inhabitants, but they generally provide a decent, consistent challenge.

Since puzzles often involve taking items from one place to another, the limited inventory becomes an annoyance. There are many levers and axes to transport, but only one can be carried at a time. Compound that with the night curfew and it becomes irritating to put a bowtie on some of the basic puzzles. It’s also worth noting that critical quest items can be left just about anywhere. And if you accidently drop an important cog, you might waste days trying to locate it only to discover you left it in a dark corner of Elise’s house.

Visually the game looks fine with a good amount of detail to the world. The coastal town of Saint-Exil has appealing corners and pleasing visual backdrops; just off the coast, out in the sea, are huge water columns of inexplicable origin, invoking the magical mood of other adventure games. There are great details too, like how the candles in the church flicker as you walk nearby. Outside areas get covered with snow when Elise changes the season, which helps add a bit of variety when going back and forth. Although camera angles are fixed, each zone has one alternative camera viewpoint, helping to eliminate those awkward corners. There is also a first-person view that can be used to get a better look at the world. This view is used to solve a few puzzles, although far more could have been done with it to help set Broken Pieces apart from the rest. 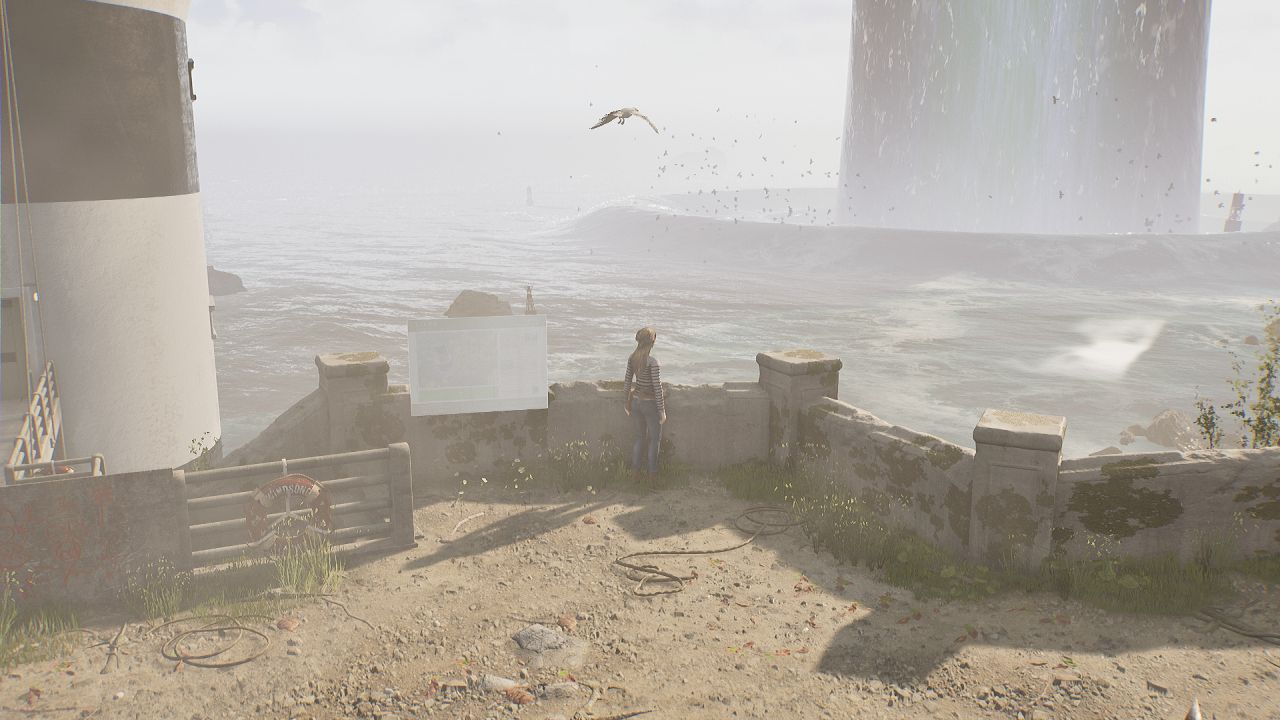 Broken Pieces contains a bunch of different parts that come together well, even if none of its individual bits are outstanding. Visually it looks nice with plenty of detail, useful alternate camera angles, and neat weather variations. The adventure components fit together the best, with some good puzzles and steady exploration of a beautiful coastal town through a few zones. Cassette tapes fill in the many gaps in the story, even if the start lacks context and the ending is too sudden. Inventory annoyances, a missed opportunity with the day-night cycle, and the bland combat are the biggest blemishes that players must endure. But those looking for a lightweight adventure should still enjoy this walk by the sea.

Our ratings for Broken Pieces on PC out of 100 (Ratings FAQ)
Presentation
75
Saint-Exil is a charming coastal town with good subtle detail across a handful of zones. The weather changes also provide some refreshing visual change.
Gameplay
75
While the puzzles are good and exploration is steady, the combat is bland and the limited inventory can be annoying.
Single Player
65
There is not enough pretext at the start and the ending is too abrupt. But the cassette tapes and journal are assets to the narrative, and the town of Saint-Exil has many layers to peel open.
Multiplayer
NR
N/A
Performance
(Show PC Specs)
CPU: AMD Ryzen 5 3600
GPU: ASUS 6700 XT DUAL OC 12GB
RAM: 16GB DDR4
OS: Windows 10 Pro 64-bit

70
It runs well enough with fairly short loads. One crash was observed and sometimes the game would display at a different resolution from the settings.
Overall
74
Broken Pieces is a decent light adventure set in a nice-looking coastal town with satisfactory puzzles and some twists to the formula, despite minor aggravations and dull combat. 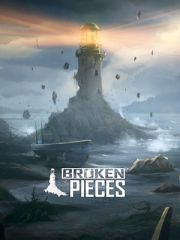 Our Review of Broken Pieces
74%
Good
The Verdict:
"A light coastal adventure that makes it through rough weather"
Game Ranking
Broken Pieces is ranked #872 out of 1841 total reviewed games. It is ranked #39 out of 101 games reviewed in 2022.
871. Call of Duty: Modern Warfare II
PC
872. Broken Pieces