Bonds are stronger than just bricks and water

I'm a massive fan of the Suikoden games, mainly because they reached the upper echelons of what it meant to make a fantastic JRPG. Clearly, these games hold a special place in many other hearts as well; in 2020, a Kickstarter campaign for the spiritual successor of Suikoden was announced called Eiyuden Chronicle: Hundred Heroes. The Kickstarter was met with resounding success, in large part due to the original creator of Suikoden, Yoshitaka Murayama, being behind the project. 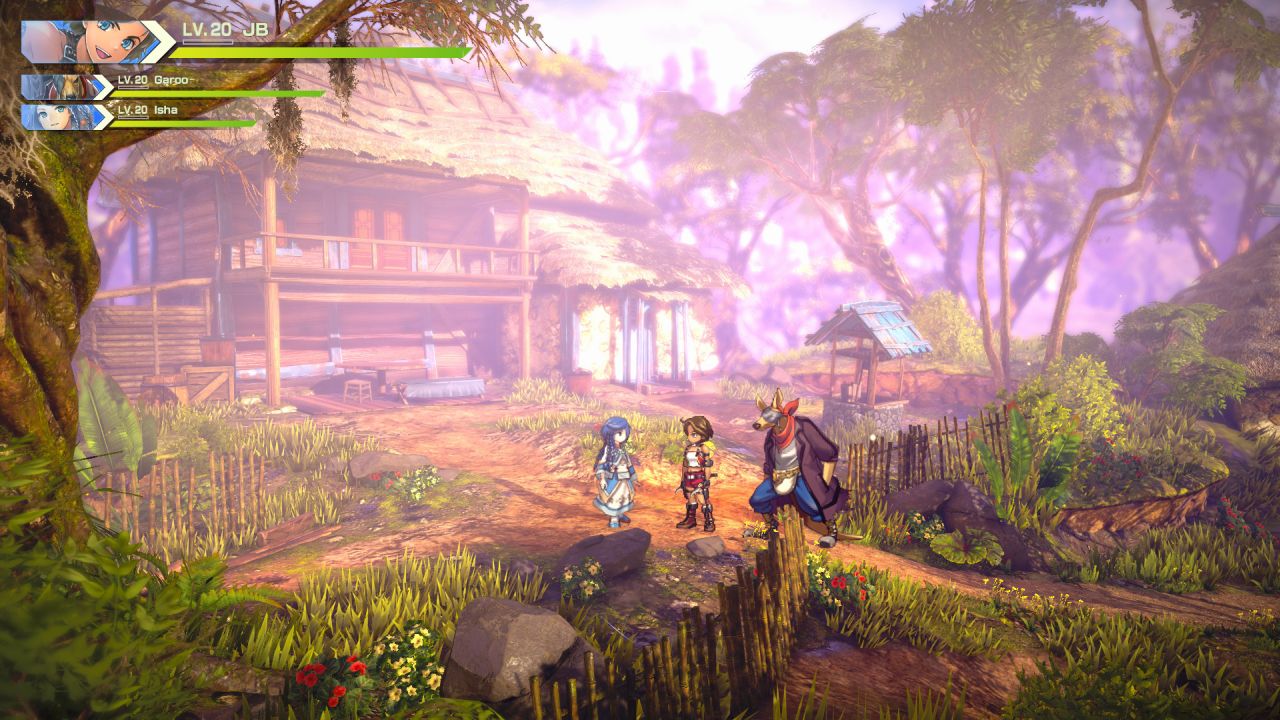 One of the many stretch goals was a prologue game, which would be an appetiser to introduce the universe to players; this title eventually became Eiyuden Chronicle: Rising. Unlike the upcoming game Hundred Heroes, which will be a traditional JRPG, Rising takes the form of a 2D Metroidvania RPG, which embodies many town-upgrading aspects.

The story begins with a tremendous earthquake tearing through the town of New Nevaeh and leaving behind a trail of destruction. However, unearthed treasures have now simmered to the surface from this catastrophic event. The news travels far and wide, leading to many adventurers flocking to the remote borders of New Nevaeh, lured by the prospect of lucrative treasures. This is where we're introduced to our headstrong heroine, CJ, an energetic scavenger who heads to the village, although it quickly becomes apparent that the acting mayor is not fond of the influx of wanderlust adventurers. But, this doesn't stop CJ, as she navigates the political red tape by helping out the struggling town in return for scouting the local area for treasure.

In the beginning, the residents are incredibly cynical about adventurers going through the village, which brilliantly constructs this narrative of insiders and outsiders mentality. But as you progress throughout the story, for every good deed CJ does for the residents, New Nevaeh begins to flourish. It was nice to see this transitional swing play out, as you will visually see your progress because the town will start to fill up with shops and different vendors. Not only that, but there is a complete attitude shift in everyone in the village as they become far more friendly towards you, which makes progressing through the storyline far more meaningful. 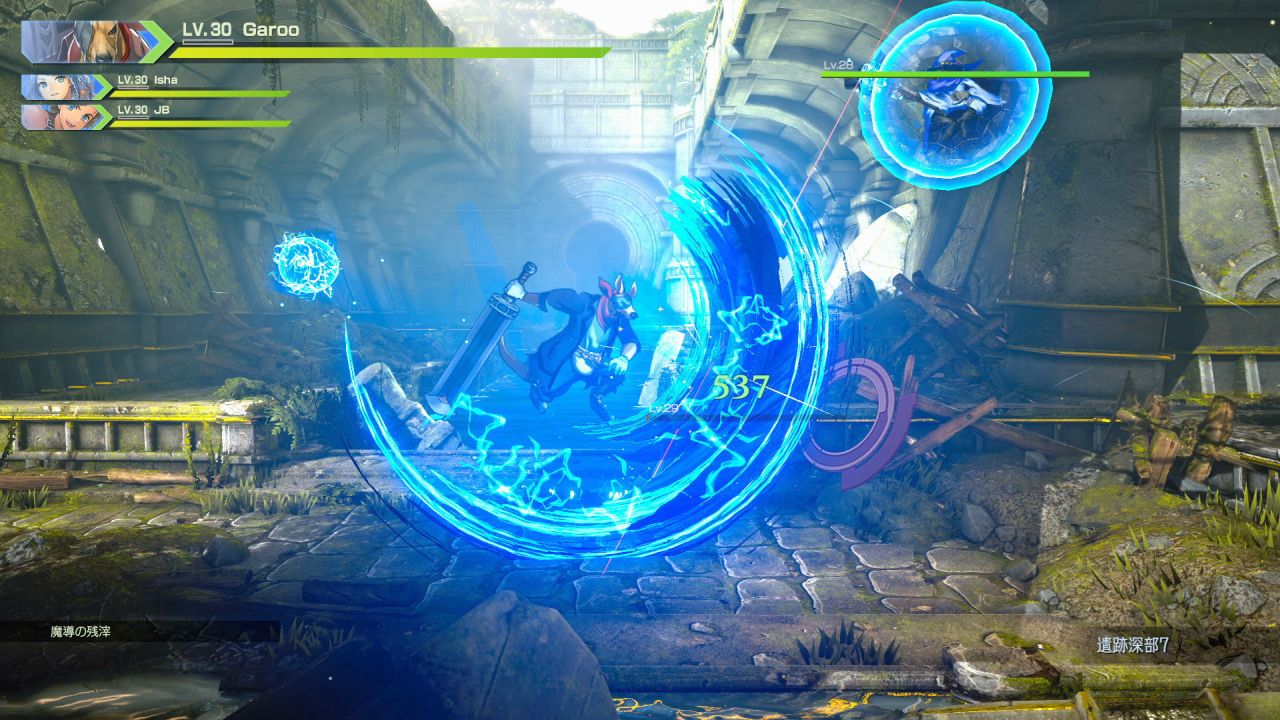 You start with CJ, but you also get two other companions later down the line. The first comrade is Garoo, a kangaroo mercenary turned adventurer who holds avaricious tendencies. The other ally is a magic user called Isha, a young lady with a good head on her shoulders who is often the voice of reason among the group. There are heaps of perpetual banter between our heroes; some of the exchanges are very subtle and clever, which I enjoyed, whereas others lean more on the immature side, with one distinctive argument between CJ and Garoo is about being toilet trained. Although the text dialogue at times would be a miss, for the most part, this bunch of charming characters would have some interesting dynamics between each other.

To progress the campaign, you will have to complete various quests. These tasks will revolve around investigating dungeons that are populated by a multitude of fiendish monsters and bandits that you will fight in an side-scrolling open enivoriment. Every character has different fighting styles; CJ utilises climbing axes that allow her to perform quick strikes upon opponents. Garoo wields a gigantic heavy sword that unleashes slow but powerful assaults, and finally, Isha can use long-range manoeuvres by conjuring up spells from afar and hurling them at unsuspecting foes.

The controls are smooth and incredibly straightforward. With a simple button press, you can switch between teammates to perform an attack anytime in a battle. If you strike and change characters just at the right moment, you can perform a link attack that will inflict substantial damage, which can be pretty fun. However, because the primary attack for a character is reduced to one button press, you will invariably be pressing the same commands for long durations of the game. You can gain special abilities by purchasing different weapons, but this diversifies the combat only marginally. Overall, this makes the first few hours in the action department a slow burner, especially as getting a party of all three heroes will only be obtainable after several hours into the escapade. 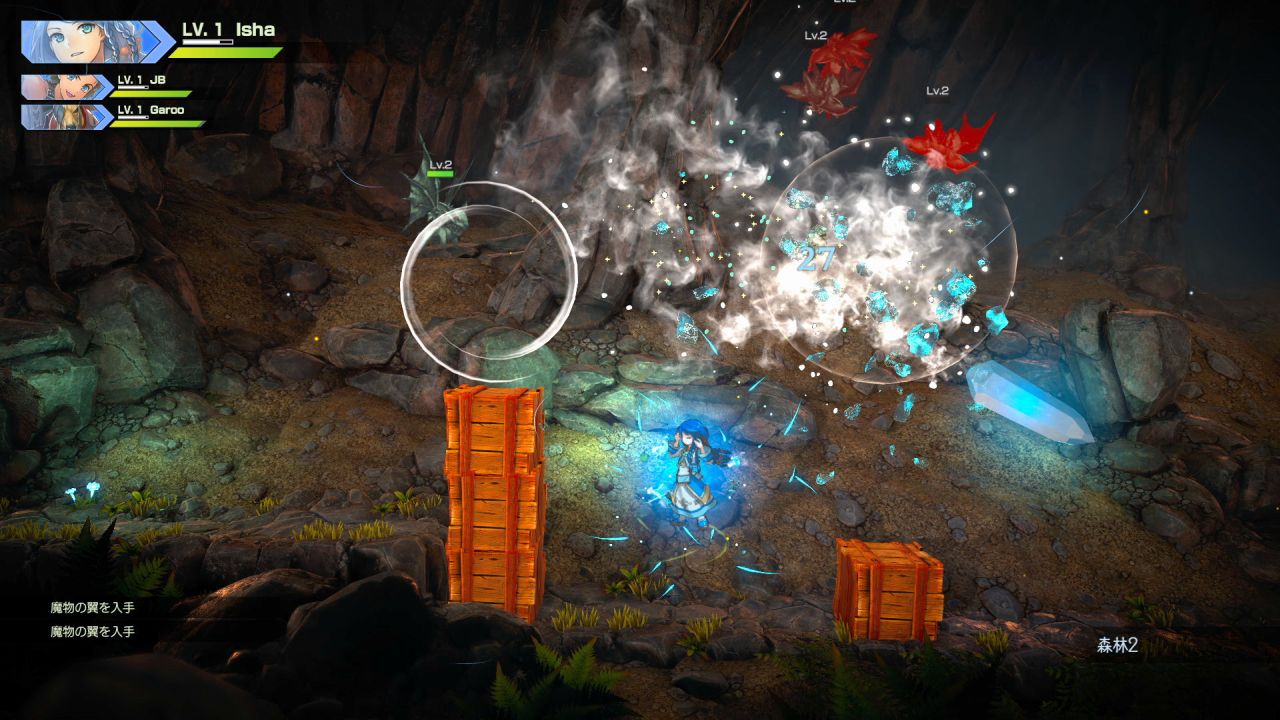 When travelling through the village, you assume control of CJ, and the other two allies follow you, but when exploring the dungeons the character you're taking control of will be the only one present on the screen. It's solely down to this hero to move through the environment, break physical obstacles, or engage in combat. Another party member can be swapped onto the field, replacing the currently active character by using the attack button assigned to that particular person. But the absence of the rest of your team couldn't help but make your dungeon endeavours feel somewhat lonesome.

There are side quests next to the main adventure, but these missions would be better described as fetch quests. The newly formed band of heroes will have to round up various dungeon materials to fulfil these duties, from exploring the environments or defeating monsters. Completing these objectives will cause new establishments to appear or new stock to arrive at shops.

Usually, I don't mind sinking some serious time into gathering materials for miscellaneous tasks, but you only explore a handful of dungeons throughout the entirety of the game. This resulted in me exploring the same place dozens of times to discover materials, and sometimes items would only appear in a dungeon after you had been given a specific quest. This kind of fetching and gathering would get repetitive fast. Later in the campaign, you can uncover new pathways from the abilities you gain, but even though the chambers are well constructed and different routes have their unique style, you will ultimately see the same thing, making the side quests a tiresome slog to get through. 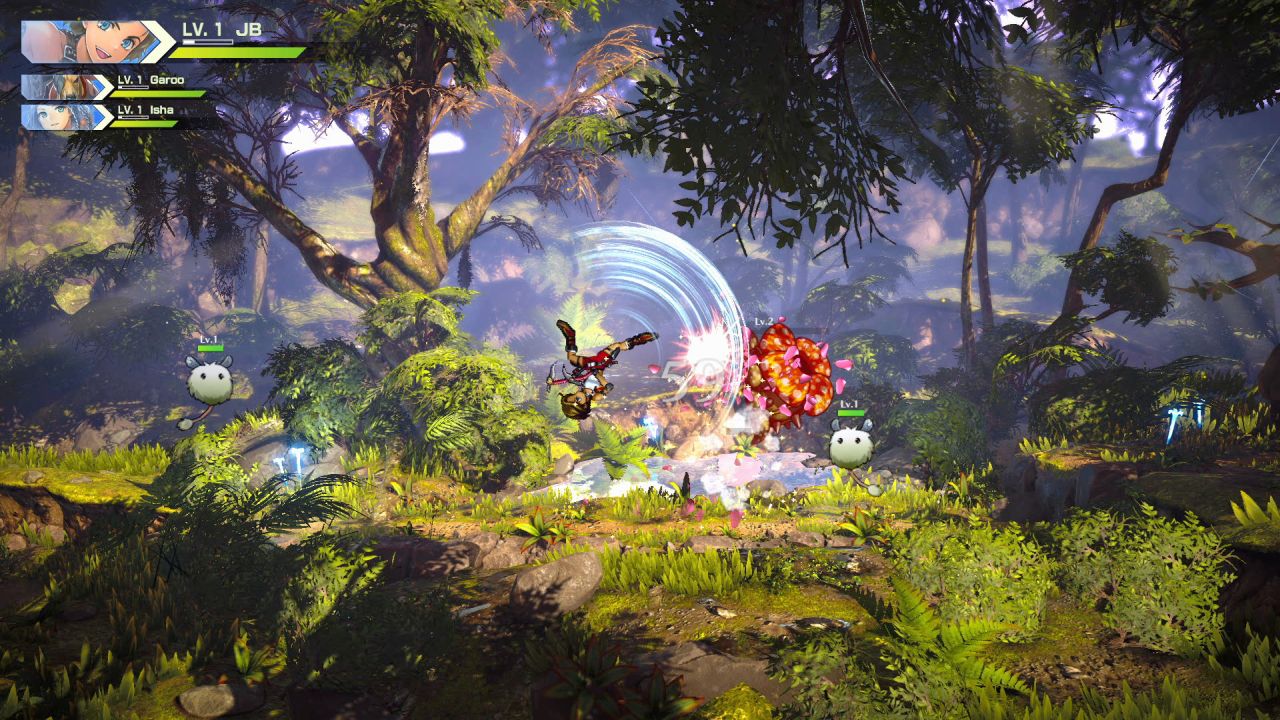 On a more positive note, Eiyuden Chronicle: Rising is a vibrant looking title. The art direction has embraced an HD-2D design, where the pixelated sprites are stylised in 2D; however, the backdrop of the entire world has polygonal modelling. These two aesthetics interweave with one another to create a distinctive visual overlay where the characters and building environments have a pop-up effect that makes the game incredibly inviting to play from start to finish.

Eiyuden Chronicle: Rising sometimes felt like a one-trick pony as progression tends to involve a lot of fetch quests, and the combat is extremely simplistic. But during my fifteen-hour playthrough, I was able to maintain interest thanks to a decent story and delightful characters. At this point, it's unclear what roles characters will have in Hundred Heroes, but hopefully some of these personalities will return in the next instalment. However, it won't blow away the genre by storm as a standalone game. Still, if you are on the lookout for a chill Metroidvania RPG experience you can pick up and play in small intervolves, it might be worth checking out considering its low $15 asking price.

Our ratings for Eiyuden Chronicle: Rising on PC out of 100 (Ratings FAQ)
Presentation
80
The art design has adopted an HD-2D direction, where the dazzling visuals give the game a distinctive look which is remarkably inviting to play.
Gameplay
60
The controls are so ridiculously simple that you can switch between teammates to perform an attack with a single button press. This can, in turn, make the gameplay feel lacklustre at segments. On top of that, the main storyline can sometimes take a backseat to the sidequests, which makes the tasks you undertake a tedious experience.
Single Player
75
One of the best aspects is the delightful and likeable characters you meet along the way, which have entertaining dynamics with one another. Furthermore, the game uses the central village as a clever narrative tool, as every time a new piece of the village is rebuilt, the story slowly moves along.
Multiplayer
NR
None
Performance
(Show PC Specs)
CPU: Intel Core i7-10750H
GPU: RTX 2060
RAM: 16GB DDR4
OS: Windows 10

90
No technical issues
Overall
70
Eiyuden Chronicle: Rising has made a substantial effort to use a rich narrative with charming characters to create a genuinely wholesome world. However, the side quests serve as a barrier, as they entail the monotonous affair of gathering materials. Hopefully, Hundred Heroes will not fall prey to the same shortcomings as this introduction chapter. 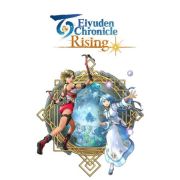