Moving at the variable speed of light

Sometimes, you just want to go really fast, and see where the current takes you. Can you react in time to the challenges ahead? Can you pull off a sequence of jumping and dodging on your first attempt? This simple but satisfying adrenaline rush concept dubbed a "runner" has been well represented in the game industry, particularly on mobile, in recent years. But many have tried to bring this experience to wider audiences on PC and consoles, supplemented by improved presentation, deeper mechanics, and more content. Nerve, a newly released title from Gunfish Games, manages to offer some thrills and spills, but its own mechanics get in the way. 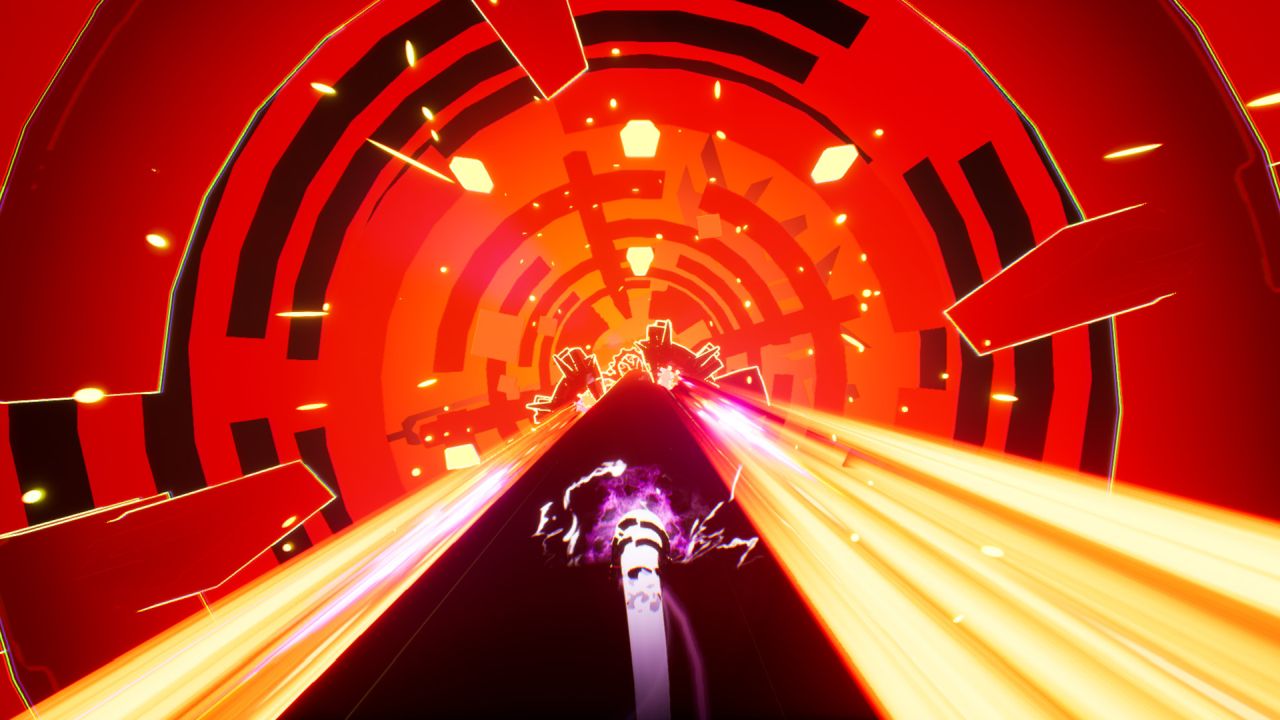 Like similar games – Race the Sun, Thumper, and The Collider 2 – Nerve is a game that constantly pushes you forward. Your job is to control an ambiguous white light and pilot it through a variety of obstacles and dangers. This light orb is constantly moving forward on a small cylindrical plane, and you can turn left and right which rotates the world around you. There's no pausing for a breather here, and though the game does offer some ways to slow things down, which makes it unique, that also takes away from the pacing - a double edged sword for a game in this genre.

The game doesn’t have much of a story, apart from some bits of text on the very first intro screen. The campaign is split into ten chapters, each consisting of ten sections. Each section takes around a minute to complete, and a chapter wraps up in about 10 minutes. However, that's the completion time of finally clearing the course after a multitude of attempts. In a way, Nerve is a roguelike, and not a fair one at that. The levels are chock full of obstacles spawning in as you're flying along, often deliberately in your path. Walls shift at the last possible second, new dangers materialize with moments to spare, and lasers blast you that you could not possibly see coming. The static camera doesn’t let you peak at what's behind the next jump, or behind a barrier you're about to blast through. There are no warnings – the only way you're completing the game is by consistently dying and learning what to expect.

So you'll be dying and restarting sections a lot, trying to memorize the level and what to expect around the next obstacle. That's pretty much the gist of the experience – if you're hoping to push your luck and blast through a level as fast as possible, you'll find it quite literally impossible, as the dangers have no indications or a way to predict them, let alone avoid in time on your first attempt. It's undeniably satisfying to finally nail a section and see your time improve in subsequent attempts, but it comes at a cost. Because the sections are about a minute each, it doesn’t get infuriating, but there will still be plenty of frustration if you get stuck on a particularly annoying part. 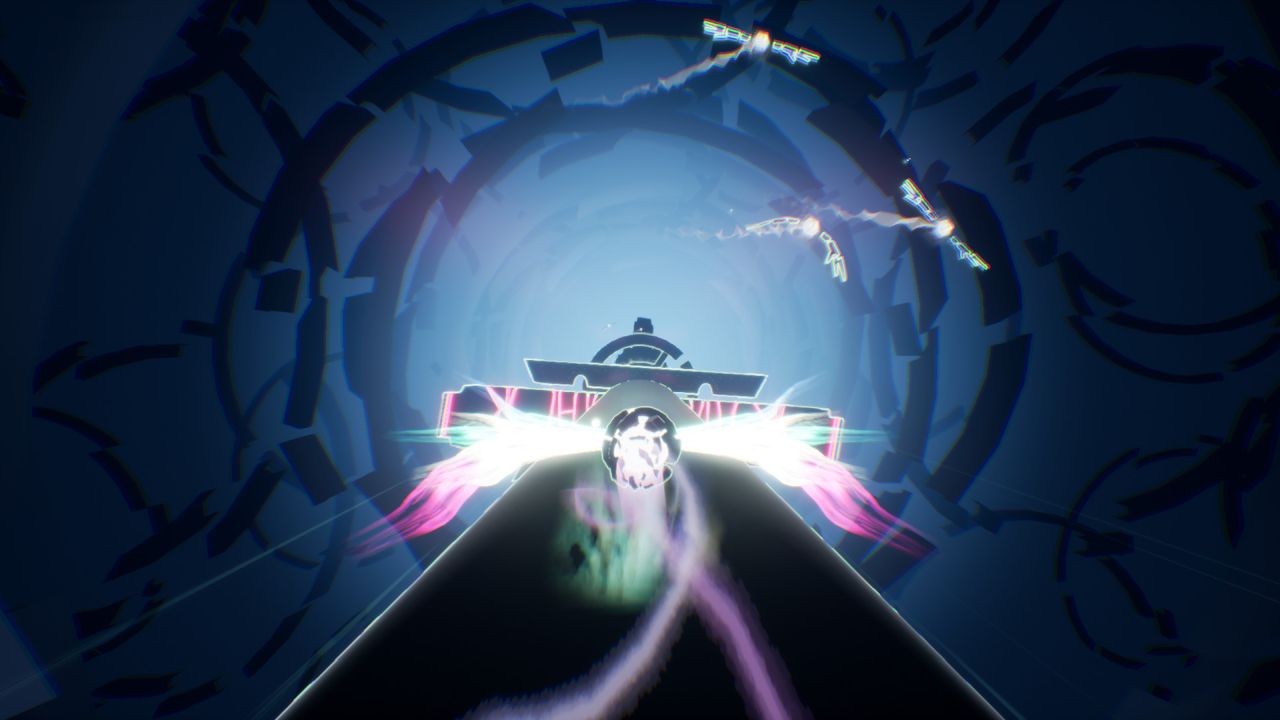 The levels don't do a great job of easing you in – some levels are blatantly easier than others, and the skill curve shuffle in the campaign was definitely needed. Other issues creep in, as you begin to notice that many of the obstacles are manually placed, which often results in jagged paths through the course, and the odd column sticking out crudely into your path from a row of nearly stacked ones. The collision hitboxes are quite inconsistent, resulting in even more deaths, as you get scraped by an object below you or the sidewall.

Nerve plays okay with a keyboard and mouse combo, and does have controller support. Controlling the white orb is straightforward – you can turn left or right, and the level shifts in front of you, while the orb remains at the center of your screen. You also have a short range Surge attack that clears specific glowing walls, and a vault/jump that again is only used to overcome certain barriers. Last but not least, you can speed up and slow down by holding the corresponding key, making the level easier/harder if you wish, or just stay cruising at the default speed. Later, you also unlock an ability to slow down time while retaining your turning speed, letting you dodge things that would be otherwise impossible.

And herein lies an interesting aspect of Nerve. On the one hand, these abilities (particularly the breaking and time slowing) would allow pretty much anyone patient enough to complete the game. If you find a section particularly annoying, you can feather your way through it. This is surely to be appreciated, especially given how many games in this genre get their difficulty wrong – just consider the incredibly low 30% of players who got past just level 3 of Thumper. But herein lies the downside – for a game so focused on speed, Nerve loses its velocity and thrill when you take things slow. However, this is actually required by the level design itself – as mentioned, with the occasionally sketchy obstacle placement, poor hitboxes, and some intentionally impossible sections to pass at full speed, you'll be slowing down a lot. Fans who are looking for thrills may find this approach to be a problem. 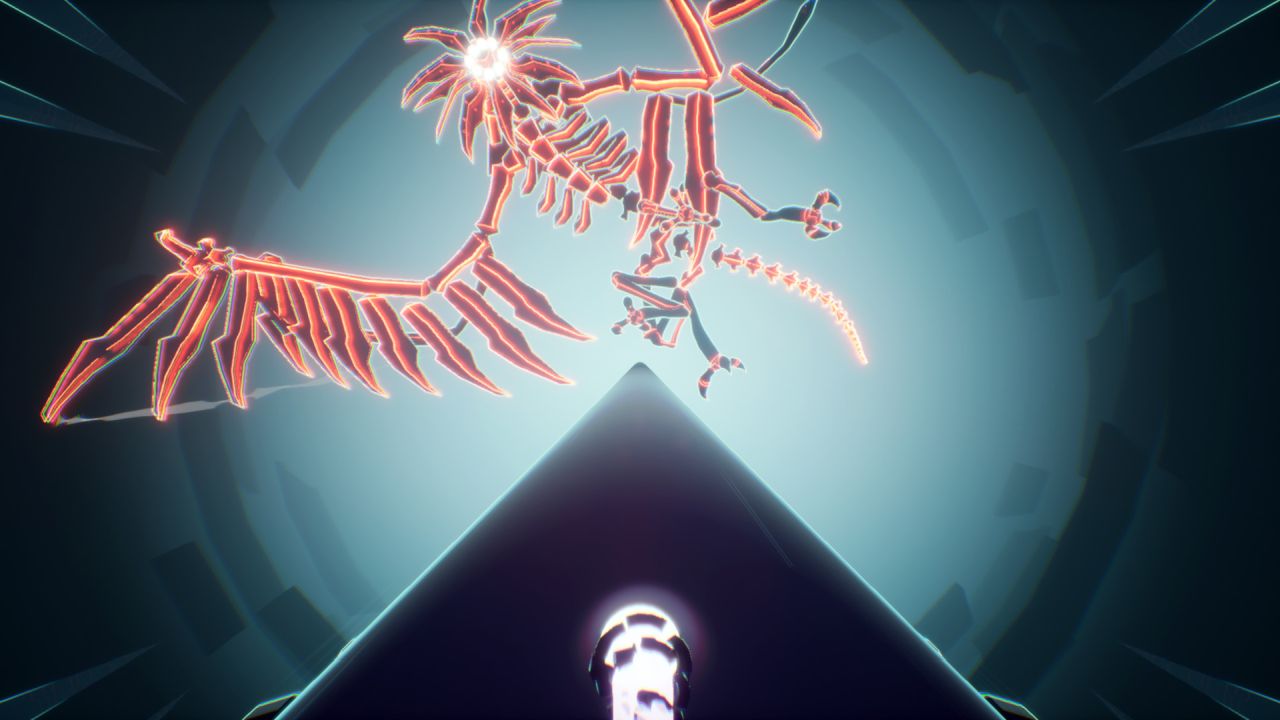 At least, the game tries to keep things fresh throughout. Across the campaign, levels introduce some sort of unique mechanic – sometimes you have to break to dodge traps and fly around them, sometimes you pick up a shield that either temporarily protects you from deadly lasers, or can be charged up to become a weapon. All of these new moves require an adjustment in thinking and piloting, and every single move you have – from boosting to breaking, time slowing and jumping – ends up being utilized. Each chapter also ends in a boss encounter, which are pretty fun, though are similar in design – you dodge obstacles, and wait for your chance to attack. Thankfully, bosses feature checkpoints so you don't restart the whole fight each time.

Although you'll be dying a lot, it doesn't really affect anything. The only thing you're chasing is a good completion time for each section, and the total for the level. After beating a level in the campaign, you unlock the ability to freely replay it again, this time with your time being posted on the leaderboards. Sadly though, you'll probably just be competing against yourself – a week post launch, even the very first level has less than 10 leaderboard times posted (in addition to them being reset a few times) .

The title has a bit of visual flair, with a kaleidoscope-like design as you barrel through a variety of different abstract worlds. You won't have much time to look at the backgrounds, but they feature random floating objects and designs. The game's sci-fi-like look is serviceable, but not of particularly high quality. The textures, and even the obstacles themselves, are often of crude shape and quality. As you speed by, you'll notice a fair share of visual artifacting and flickering. There are also occasional random momentary dips in framerate and the audio cutting out – sometimes the music is missing entirely. The soundtrack is on par with the visuals – that is to say, the techno beats are fitting, but largely uninspired and generic sounding. There's no correlation between the gameplay and the visuals/audio cues, so not a whole lot of immersion to be had. 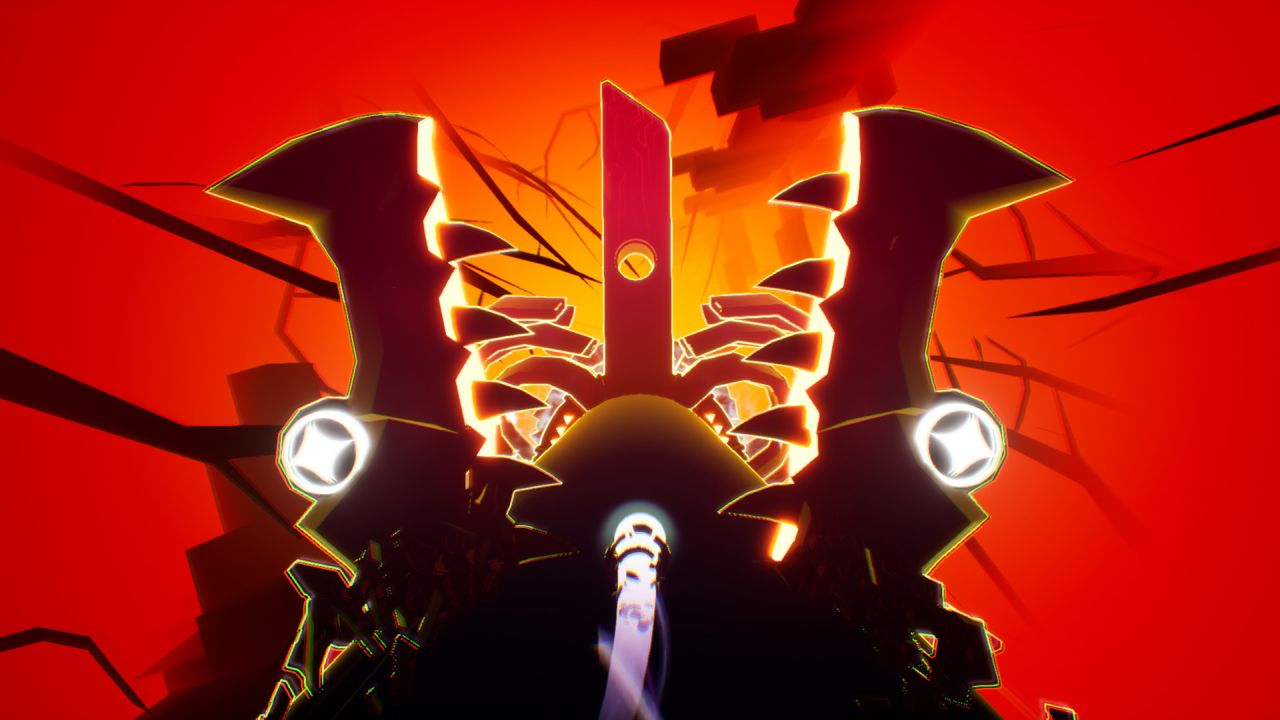 Nerve definitely has some interesting ideas going for it. The ability to slow down and even enter bullet time makes this a highly accessible game in a genre that's often fairly prohibitive to newcomers. On the flip side, the fact that these pace-breaking mechanics are actually required to get through many sections, may be off-putting to the traditionalist thrill seekers. Whichever camp you fall into, you'll also have to come to terms with the roguelike nature of the game, and the fact that it's impossible to avoid the dangers on your first time. Only by becoming familiar with the course, and many deaths later, will you learn how to get to the end. The fast moving action is largely smooth, though there are occasional momentary dips. A few cosmetic bugs don't do the already underwhelming presentation any favors. If you've got a taste for a unique mix of challenges and the combination of speed running and roguelike sounds interesting, Nerve is worth a try, but it's got a rather specific target audience in mind.

Our ratings for Nerve on PC out of 100 (Ratings FAQ)
Presentation
60
A fairly generic abstract sci-fi setting with an equally forgettable soundtrack to match. Not much detail to the objects or textures.
Gameplay
60
The game tries to be accessible and challenging at the same time, and ends up unable to excel at either approach. Hitboxes can be questionable, and the roguelike design may not appeal to all.
Single Player
70
All of the levels are varied and provide new mechanics. Boss battles grow to be rather predictable.
Multiplayer
NR
None
Performance
(Show PC Specs)
CPU: AMD Ryzen 5 3600
GPU: ASUS Radeon RX 580 8GB
RAM: 16GB DDR4
OS: Windows 10 Pro 64-bit

70
It mostly runs well, but there are occasional visual artifacts and momentary slowdowns.
Overall
65
Nerve has some interesting ideas, but its admittedly unique mix of roguelike elements, speed, and strategy doesn't always produce satisfying results. 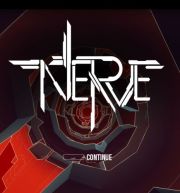