An FMV adventure that falls flat

Full Motion Video games occupy a unique corner of the market market. Here, creative folks that have no experience with programming or game design can try their hand at crafting unique, story-branching experiences. Writers and Directors who are used to TV or Film get a chance to see if their work translates into a different, more interactive medium. The genre has been dormant for many years, but in recent times we've started to get new entries from studios across the globe. This small resurgence has been fairly well received, with a number of titles that range from decent to good. Lost Angel is the newest entry, a FMV title set in the modern day South Korea. 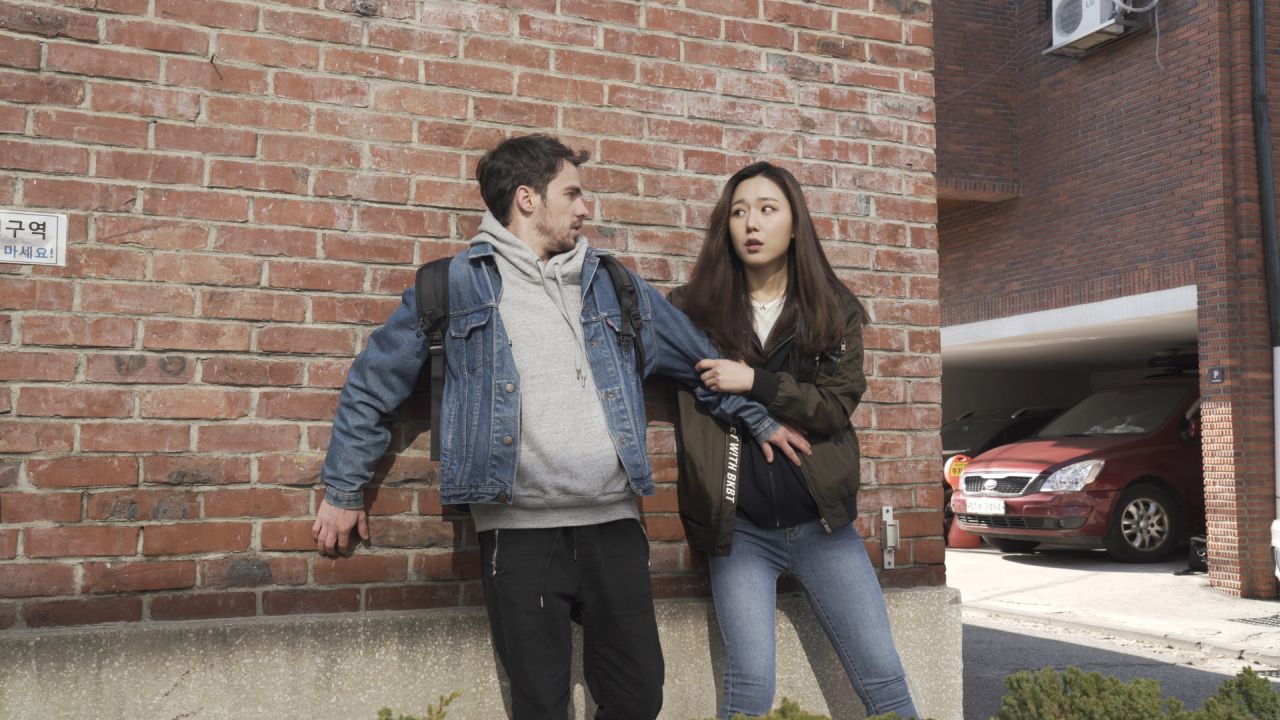 Lost Angel follows a YouTube vlogger named Alex, who travels to South Korea for a few days to host a few live streams for his audience. On his first day, during a visit to a random shop, he is interrupted by a woman named Yuna who seems to be in distress. She asks that he help her out – without specifying any details. Together they escape some men that seem to be trying to catch Yuna, and scour through someone's apartment in search of clues. When the men catch up to them, the pair are separated, and Alex returns to his apartment. There, he is visited by another mysterious woman who says she's a journalist, and tells him Yuna is in danger because she's twisted up in a conspiracy. The local scientific community has apparently discovered a COVID-19 cure, but a private corporation is trying to get their hands on it in order to make a profit. One of the scientists, and Yuna's great friend, has stolen part of the DNA sequence needed for the cure, and so both are now on the run. The journalist asks Alex for his help in trying to untangle this situation.

As with most media that tries to tackle the current global pandemic as its key narrative point, Lost Angel just comes off as awkward fanfiction. It simply becomes an adventure to do "what is right", and the thing they are chasing could have easily been replaced by made-up scientific gibberish. The fact that Alex is a YouTuber also adds nothing to the story, and only serves as an excuse for him to act obnoxiously sometimes by live streaming from his phone to his "fans", fake chat and all. The story has problems – such as not explaining why these folks keep asking Alex for help, who himself admits he's just a random guy who doesn't even live in this country. Despite the pandemic setting, not a single person seems concerned, nor are there any masks. A lot of the writing is very poor, as it's both a case of inexperience and things being lost in translation. 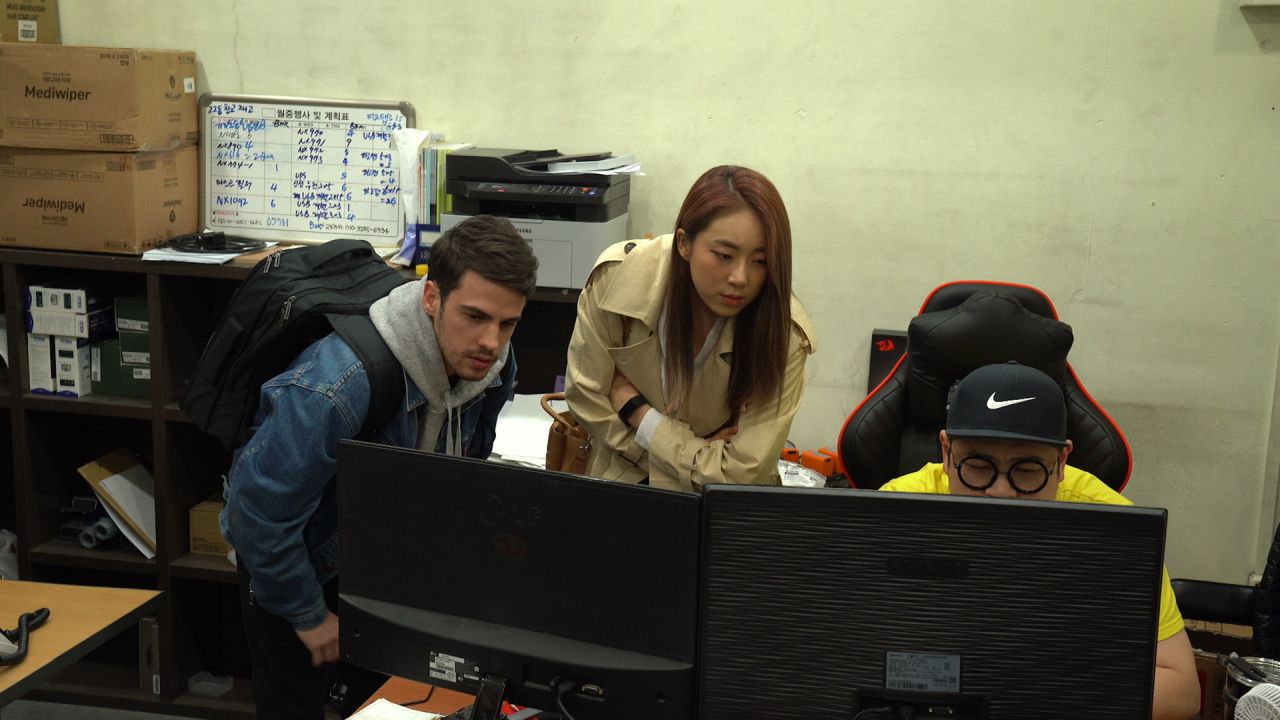 One of the key unique selling factors for the game seems to be that it was made entirely in South Korea. On the one hand, this allows the game to feature some authentic shooting locations and a cast that is mostly local. However, it also causes some issues – namely with translation. Choosing to shoot everything in English is a choice that backfires, because not a single actor (even the main character, who's not local) speaks the language natively. When combined with the bad (or perhaps mistranslated) writing, being delivered by amateur actors who barely speak the language, it results in scenes so poor that it takes you out of the experience entirely. With the rise of popularity in the West of subtitled foreign content, Parasite being a huge recent example, the game could have saved some face by at least going that route. But alas, perhaps not – the included English subtitles are full of translation and grammatical errors, as seemingly not a single proofread was done. Even the minimal menus in the game seem to be mistranslated.

With poor writing and acting, the full motion video production isn't off to a great start, and things don't get much better elsewhere. A few times where characters have to physically interact with each other (such as in a fight) are awkward as heck, and so for the most part everyone stays a few feet apart. The technical issues are also pretty obvious with scene continuity – the camera angles and lighting often changes after player choices, making for constantly jarring transitions. A lot of footage features a camera lens that quite obviously needed cleaning. It's a low budget and fairly amateur production through and through, and even the main and longest path is under 2 hours long. At least, most of the scenes are decently well shot, with changing camera angles, and occasionally nice local scenery. 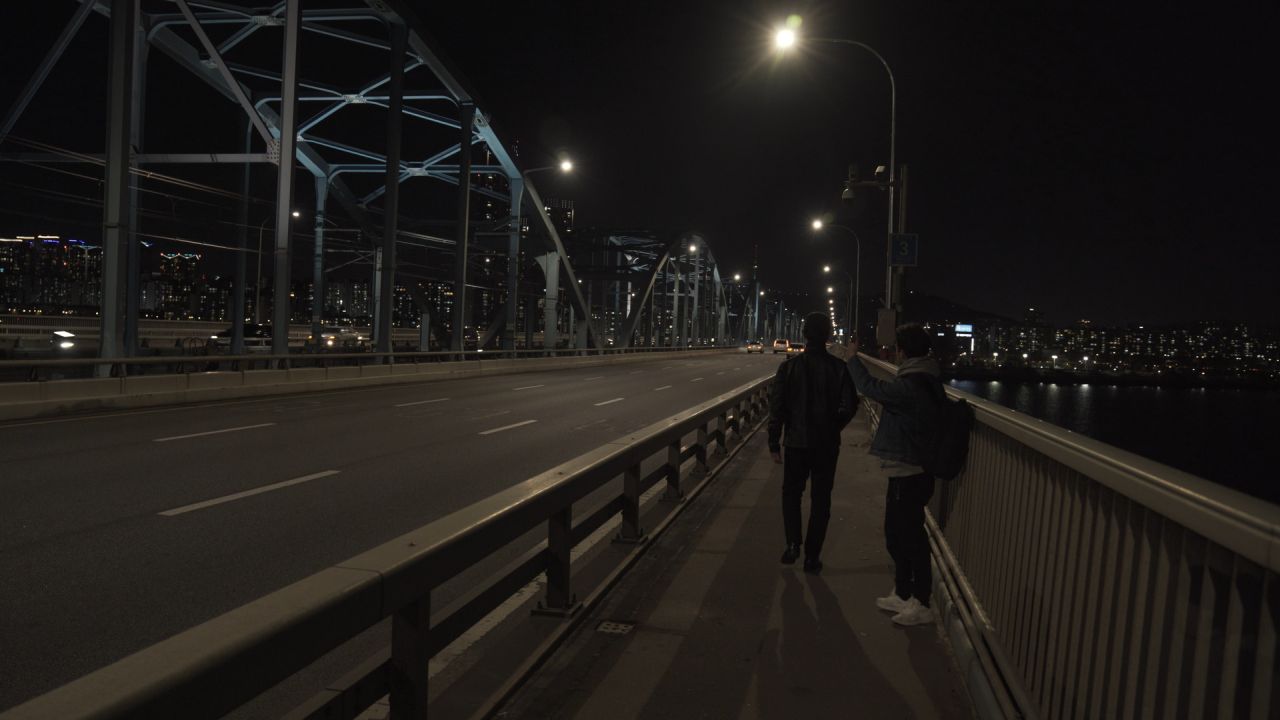 Choice-based adventure games such as this, whether they're using real video or not, live and die by their story. You have to craft a narrative that's both engaging and cohesive, while stapling the various player choices together and creating something that isn't full of logical holes. Unfortunately, Lost Angel doesn’t succeed on any level. All of the player choice decisions offer just two paths, and there are not many of them. You also discover on subsequent replays that some of the choices aren't even real – picking one thing just adds an extra few lines of dialog (not even a new scene) before the character makes the other choice anyway. Many of the choice paths lead to some rather short playthroughs that don't make a lot of narrative sense, and a large number of the 9 available endings result in Alex simply getting killed off. Even the main ending is not at all satisfying. At least, on subsequent attempts you can skip through sections that you've already seen.

Lost Angel arrives at a time when FMV games are finding their way back to the market, with some decent efforts from studios of all sizes. However, this particular game isn't one you want to showcase to others as an example of the genre. Despite having a unique setting, pretty much everything else – the story, writing, acting, production quality – causes the experience to fall apart. There's really nothing redeeming here, no aspect of the game makes it interesting or unique, or worth checking out. For $20, it's not going to break the bank, but you're also getting a rather dull and poorly executed FMV adventure. For the same, or just a slightly higher price, you can check out one of the many other alternatives that are exponentially better.

Our ratings for Lost Angel on PC out of 100 (Ratings FAQ)
Presentation
50
Some of the scenery is nice the location is initially unique, but the story doesn't really take advantage of it.
Gameplay
40
Even on a basic level, this "choose your own adventure" barely offers any real choices.
Single Player
30
The game opts to use English language, and suffers for it. The translation is poor across the board, the actors are very amateur, and the story is all over the place.
Multiplayer
NR
None
Performance
(Show PC Specs)
CPU: AMD Ryzen 5 3600
GPU: ASUS Radeon RX 580 8GB
RAM: 16GB DDR4
OS: Windows 10 Pro 64-bit

50
With a low budget, corners clearly had to be cut, but that doesn’t excuse poor transitions, tons of errors in the subtitle text, and obviously dirty camera lens.
Overall
40
Lost Angel is a complete misfire, in an era where FMV games are starting to make a respectable comeback. Its unique setting is wasted on a poor script, low production quality, and strange creative choices.