DOWN IN BERMUDA
Platform: PC
50
SummaryNewsArticlesVideoScreens

Down in Bermuda Review

An overpriced port of a forgettable puzzle game

With an absolute plethora of puzzle and minimalist adventure games, it can be difficult to stand out on the smartphones' digital stores. As such, many games over the years have also decided to bring their titles to more traditional platforms such as the PC and Nintendo Switch, in hopes of getting a few more players to experience their product. Down in Bermuda is the latest such title, a smartphone puzzle game that has been ported to PC. 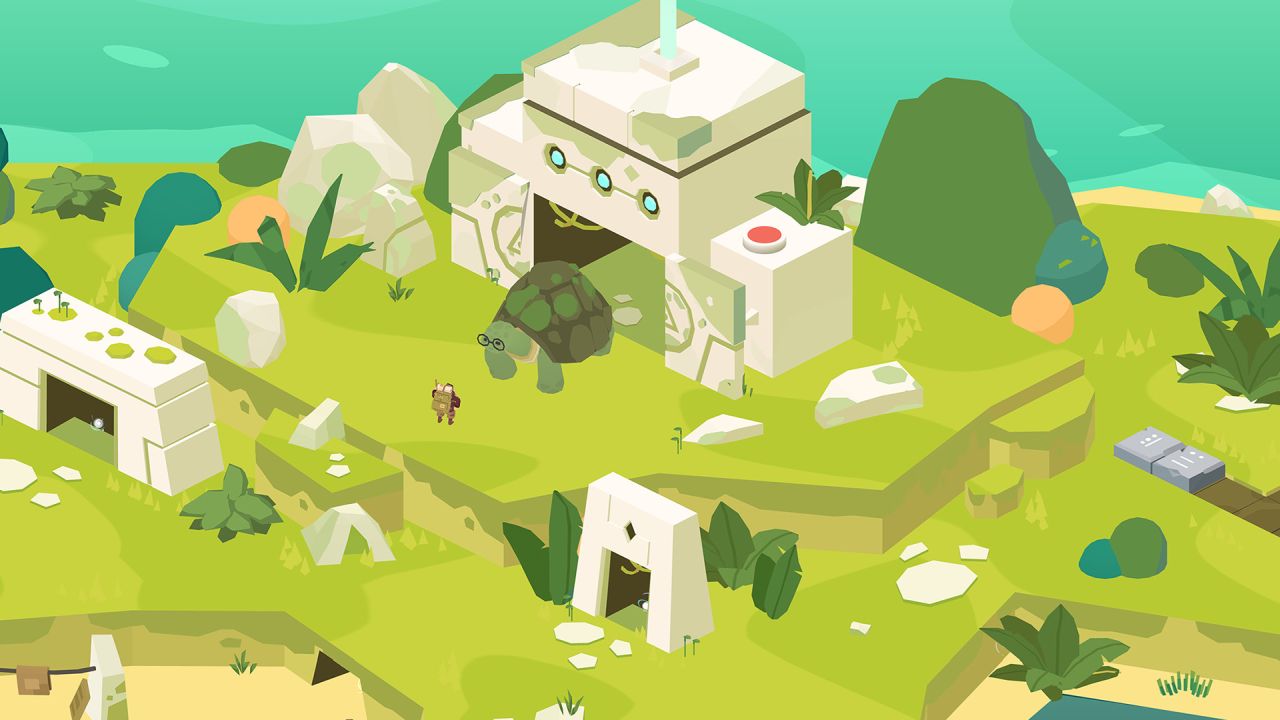 The story setup is fairly basic. We observe as an aviator, flying in an unknown location, encounters a storm, and he comes crashing down on an island. The next scene suddenly jumps forward many years, and the pilot is now an old man, who has been trying to solve a stone puzzle for all these years. It's a bit strange as to what the player's role is, as the pilot talks to you directly while you solve the incredibly easy first puzzle that he's been apparently stuck on for decades. Next, you manage to wake up a turtle from its ancient slumber, who tells you it can help get the pilot home. But to do so, you need to visit the various islands and collect orbs, which open the gates to the next island, and so on.

Each island is a separate level that features a few puzzles, and opportunities for exploration. Like most smartphone games, you observe the island from a fixed camera angle, though you can zoom in and out as well as rotate your view. The islands offer activities of three types. First, pushing a whole bunch of levers, buttons, and slides in a linear order, like you're working some sort of strange machine. There's no thought or challenge when you're doing this, it's just something to mindlessly interact with. Second, there are occasional puzzles you come across, which usually means you have to stop all the poking around and actually consider what needs to be done. Blocks need to be placed a certain way, levers pushed in a certain order, and so on. Nothing here will stump you for long, and the satisfaction of overcoming each obstacle is fleeting. 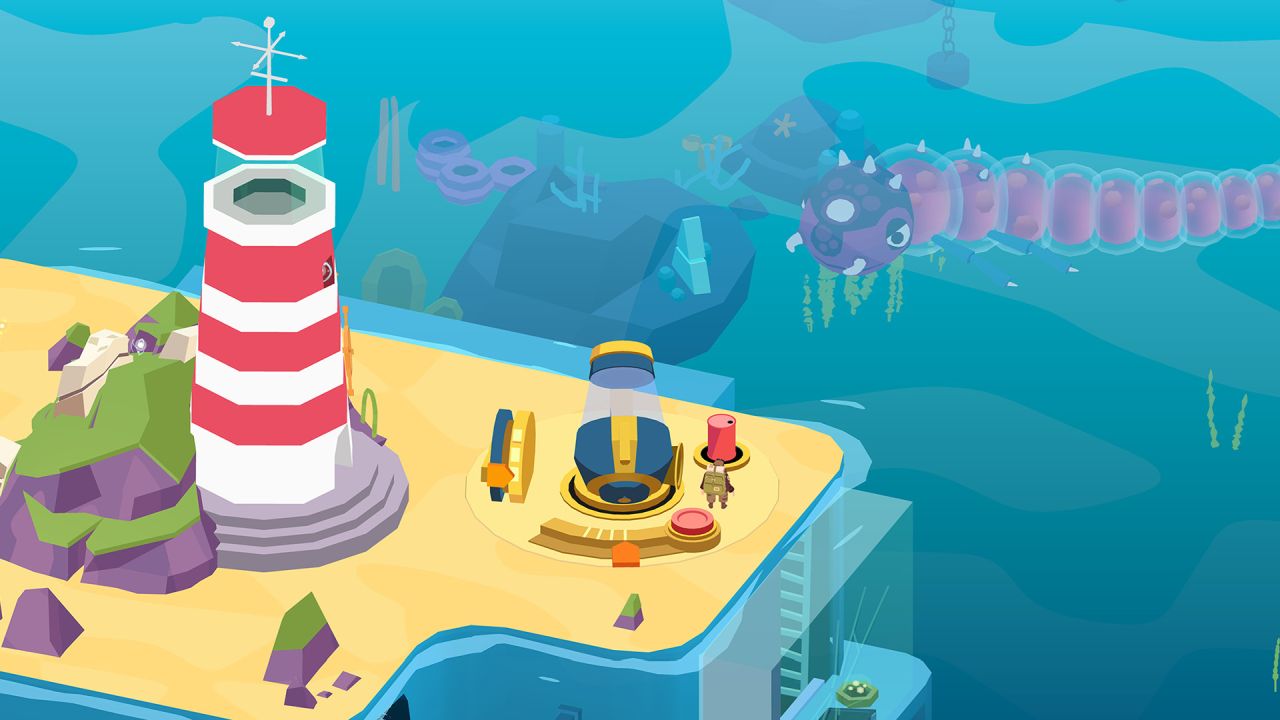 All of the button pushing and puzzle solving will reward you with orbs, which are needed to unlock the gate to the next island – a very traditional design method. But to the get the final orb, players must scout the island for tiny glowing orbs, which must all be collected as the third activity type. At this stage this becomes an object finding game, which can be a bit annoying. Players can usually find a map on the island that reveals the location of each tiny orb, which at least helps expedite the dull process. The game offers no highlights or indication of what objects or levers are interactive, so it often can be annoying to find all the orbs – unless you love this sort of gameplay. As you explore every angle of the island, you'll also come across lost relics as collectibles, as well as photographs of the pilot's life which offer light story tidbits.

As a port of a smartphone game, the PC version is expectedly barebones. The only settings you can tweak are the language and resolution, but given how light the game is, it will probably run fine on almost any PC. Translating touch screen controls to the mouse works fine, though there is one glaring issue – for some reason, zooming in an out (which you will do a lot of) has terribly low sensitivity, so it takes forever and multiple full scrolls of the mouse wheel. 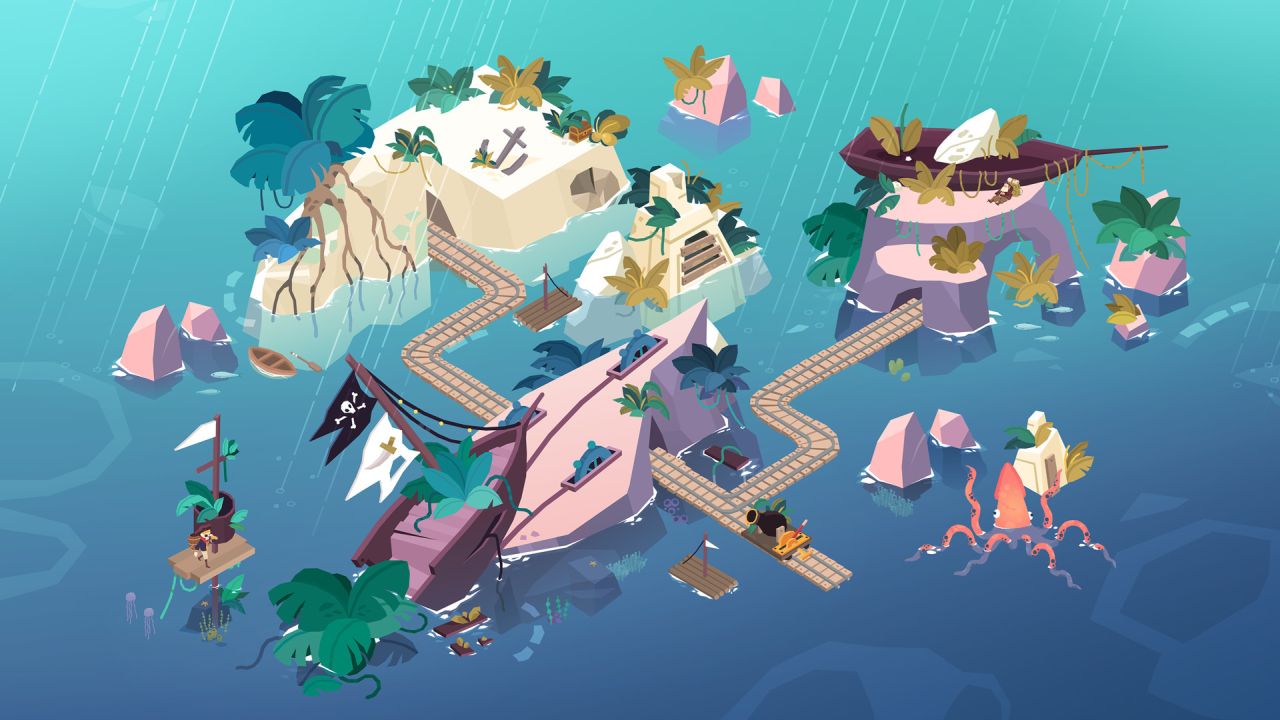 There's no mistaking Down in Bermuda for anything other than a mobile game port thanks to its visual style. The colorful aesthetic, and blocky character and level design, looks extremely familiar. The islands and the surrounding underwater areas look OK, but also exactly like most other games of this nature. The fixed camera angle, the animations, the text bubbles, and the light soundtrack – it's all very recognizable and lacks any distinguishing features.

Down in Bermuda is a passable smartphone puzzle game, but it really runs into trouble with its content and pricing. Charging $20 for a game like this would already raise eyebrows, but when you realize there's barely 4 hours worth of content here, it becomes very difficult to recommend. It looks the same as the myriad of other puzzle games out there, it doesn't offer an engaging story or memorable gameplay, has no replay value, and while it runs fine, the PC zooming issues become annoying before long.

Our ratings for Down in Bermuda on PC out of 100 (Ratings FAQ)
Presentation
60
For better or worse, looks exactly like every other smartphone puzzle game on the market.
Gameplay
50
The lever-pushing gameplay is dull, and finding small orbs is even duller. The puzzles can be occasionally enjoyable.
Single Player
40
The game is over quickly and has no replay value. The story is minimal.
Multiplayer
NR
None
Performance
(Show PC Specs)
CPU: AMD Ryzen 5 3600
GPU: ASUS Radeon RX 580 8GB
RAM: 16GB DDR4
OS: Windows 10 Pro 64-bit

65
Not many options to speak of, but it should run well on most PCs. The mouse scroll wheel issue gets annoying.
Overall
50
Down in Bermuda is an entirely forgettable puzzle game that blends into the background of an oversaturated genre. What makes it stand out is the steep $20 price tag, made even more outlandish by the lack of content. 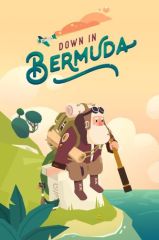 Down in Bermuda
6 images added 104 days ago