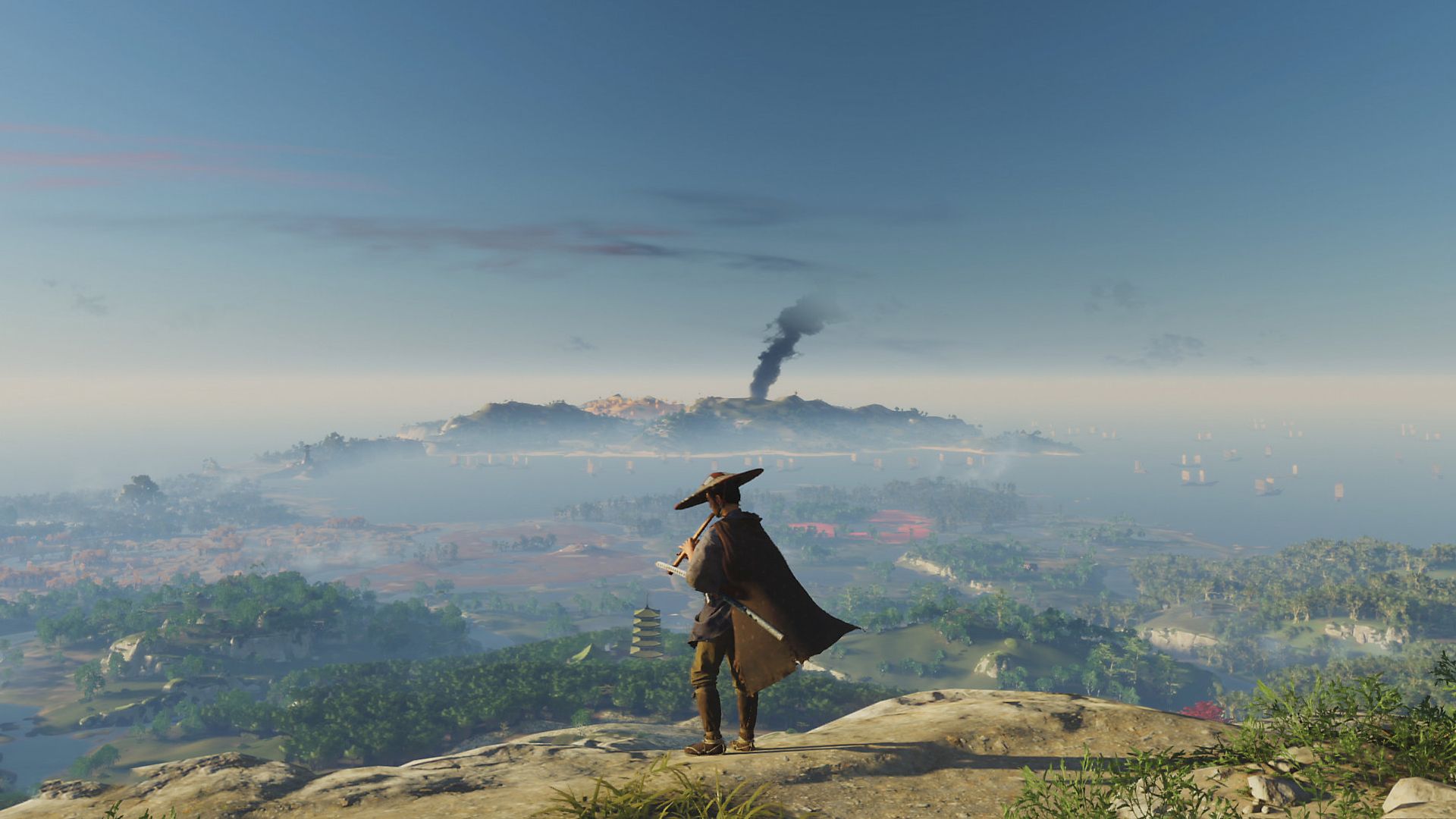 In the late 13th century, the Mongol empire has laid waste to entire nations along their campaign to conquer the East. Tsushima Island is all that stands between mainland Japan and a massive Mongol invasion fleet led by the ruthless and cunning general, Khotun Khan. As the island burns in the wake of the first wave of the Mongol assault, samurai warrior Jin Sakai stands as one of the last surviving members of his clan.

The game takes players to Tsushima Island, off the coast of mainland Japan, in the late 13th century as the island faces an incoming Mongol Empire invasion. Ghost of Tsushima tells a fairly compelling story, that's solid enough to carry the entire playthrough as the main narrative thread, even as players divide their time with numerous side quests. You'll meet a few different characters on the journey who join your cause of freeing the island and stopping the invasion before they move on to the main island of Japan.

But by far the most interesting part of the narrative is how it ties into gameplay. As samurai, Jin and his fallen clansmen always held themselves to a code of honor, to tradition, and attacking the enemy in a fair head-on battle. However, as Jin finds himself alone, he must resort to stealth and striking from the shadows. Jin will be conflicted, and criticized by others, for using such methods. From melee stealth takedowns, to using a bow for silent headshots (many foes lack helmets), the stealth tools available to the players are versatile.

There will also be plenty of action, whether it's in story-mandated encounters or just by roaming the open world, and the combat in the game is quite gratifying. The first thing that stands out is how well animated Jin's moves are. Unlike most action games, his katana is a weapon of art, and it's satisfying to see him stop with precision after a swing, perform moves to incapacitate an enemy with little flash, and all substance. It all combines to make for some really enjoyable gameplay, with further variety coming from having to switch combat stances.

The title does a good job of making the world worth exploring, by offering just enough points of interest to keep it interesting, without overwhelming players by putting question marks all over the place. And the game world truly comes alive thanks to the game's incredible art style. This ancient era of Japan is absolutely incredible to look at and so easy to become immersed in. From the large maple trees to the bamboo forests, with so many leaves swirling in the air, the art is simply impeccable, helped by a breathtaking color palette that spans the island. From bright red and orange leaves swirling in the air to the dark of the night sky, it's one of the most immersive settings of this console generation.

Ghost of Tsushima is a great title for anyone looking to get immersed in a unique setting, with great combat and a well-designed open world, and it is our 2020 Game of the Year.

Honorable Mentions: The Last of Us Part II, Doom Eternal, Ori and the Will of the Wisps, Hades, Crusader Kings 3.

Thanks for joining us for this year's awards! We look forward to 2021, which will hopefully be happy and healthy for all, with more great games to come!

The Lord of the Rings: Gollum delayed
Jul 25, 2022 by fvxc
possibly because their recent gameplay reveal was...
Advertisement ▼