A fun to play adventure

When it comes to the launch of next generation consoles, the eyes of most gaze longingly at the biggest and most technically impressive looking games. With the PlayStation 5, Marvel’s Spider-Man: Miles Morales and Demon’s Souls appear to be those heavily anticipated titles, and while that is all well and good, it does mean a couple of deserving games find themselves hidden amongst the hype. A perfect example of such a game is The Pathless, an impressive action-adventure indie title that has the tone and aesthetic of a Team Ico production with a gameplay approach that feels similar to The Legend of Zelda: Breath of the Wild. 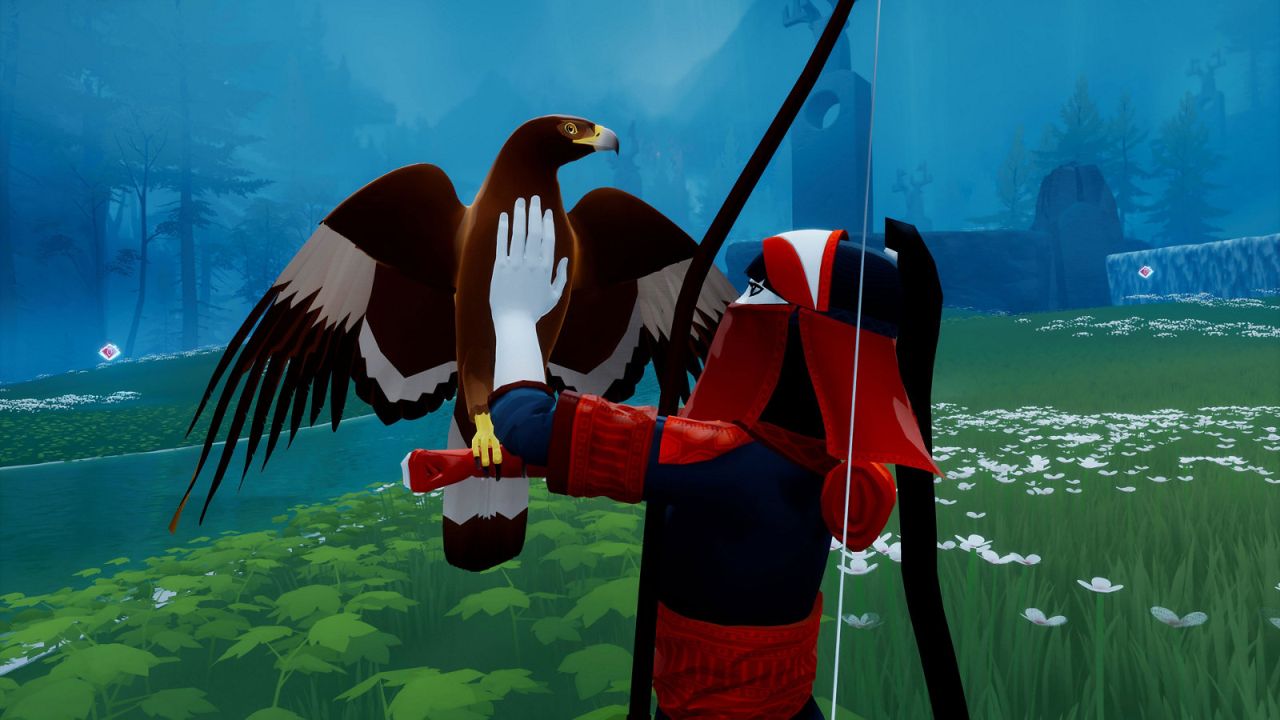 The story of The Pathless quickly introduces its protagonist known as the Hunter, a young but skilled archer who has travelled to a mysterious island with the hope of ending the curse that has seen the once vibrant world plunge into the depths of darkness. Many have journeyed to free the isle of its curse, but none ever return, leaving our hero as the last Hunter remaining that can save the world from the dark. Upon arrival on the island, she encounters the Eagle Mother, a guardian of the land who has been severely injured. After nursing the eagle back to health and all seems to be going well, the duo are attacked by the Godslayer, a maleficent foe responsible for the curse that has seen the gods of the land known as the Tall Ones corrupted and the light replaced with darkness.

What becomes immediately noticeable in this moment is that the Godslayer isn’t one to be taken lightly. He fatally injures your eagle friend before flying away, with the Eagle Mother explaining that in order to reach the Godslayer and defeat him, you must defeat and cleanse the spirits of cursed Tall Ones that reside throughout the mainland of the island. The Eagle Mother withers away and is reincarnated as a mortal eagle, serving as a handy partner to accompany the Hunter on what is going to be an arduous journey.

While the story does a good job at being entertaining on its own, its impact is amplified by the world building and gripping sense of atmosphere. It is glaringly apparent when exploring that you are indeed the last Hunter. The land is desolate of living humans, with the bodies of those who dare to visit the island strewn throughout the environment, often accompanied with bright blue spirits that offer up some additional lore for those who are interested in delving deeper into the history of the world. This may paint a grim picture, but despite the darkness that lingers, the world of The Pathless is still gorgeous. Wildlife such as boar and deer still inhabit the forests and the desolate state of the island is still peaceful and pretty despite the evil that lingers. The soundtrack also does a great job at further immersing you into the world. The great visual look, soundtrack and atmosphere are quality additional strings to the bow of The Pathless and its narrative. 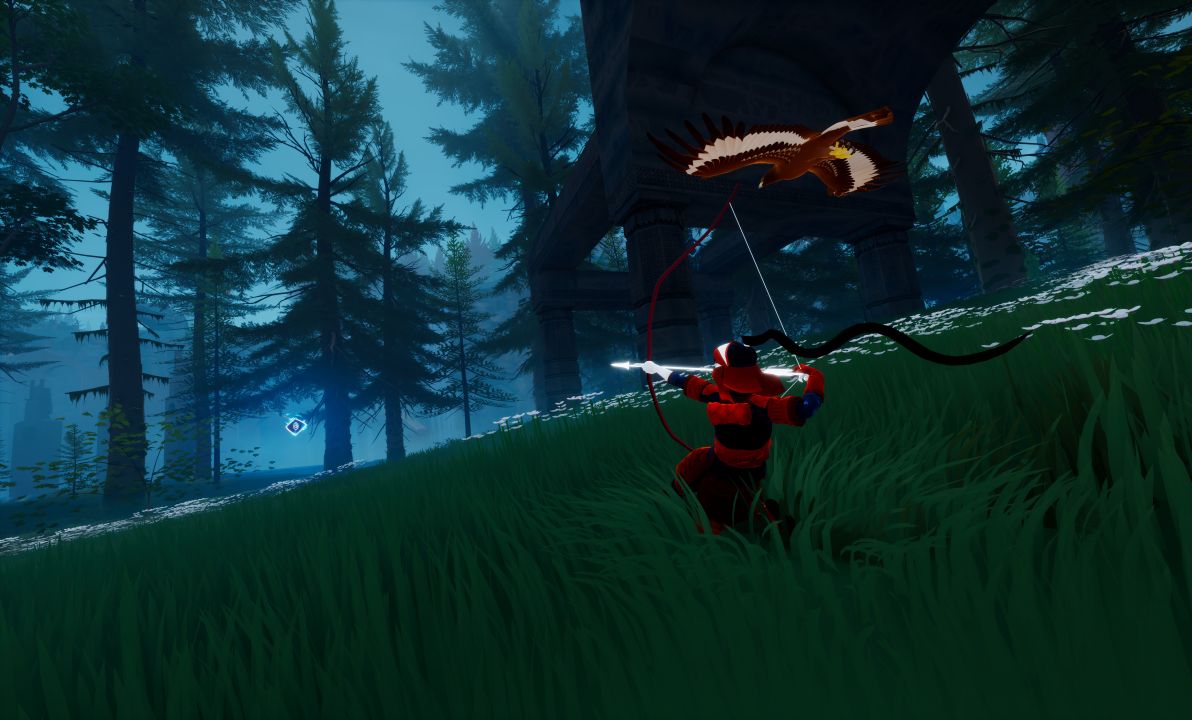 In gameplay, The Pathless is an action adventure that focuses far more on the adventure. As the Hunter you are tasked with exploring the land with your eagle ally and taking out each of the corrupted beasts that inhabit the mainland. True to its name, The Pathless doesn’t force you to follow a preconceived path. Instead, you are free to explore through the overworld however you like. In order to traverse the sizeable world at a faster pace than the Hunter’s default brisk walk, you shoot floating talismans scattered throughout. Shooting a talisman grants you stamina which can be used to run for a short time, meaning that in order to progress through the world at a comfortable pace you must be constantly running and flinging arrows off at any talisman that you see. This may sound like something that could be a tad frustrating, but the constant flow of running and shooting arrows feels particularly satisfying. Firing off each arrow is felt through the DualSense haptic feedback, with the triggers providing a level of tension emulating the feeling of pulling back a bow. You can even use talismans to whisk yourself up in the air if you need a boost by simply shooting a talisman while in the air. Pairing this traversal method with the glide and flap moves that the eagle provides leads to a really fun and enjoyable way of traversing the island's mountainous landscapes.

You will notice quite quickly that the evil Tall Ones are too powerful to go toe to toe with initially. If you find yourself trapped in one of their vicious storms you will see just how dangerous they can be. They separate the Hunter and the eagle, leading to a tight and tense scenario where you must use stealth to trek your way back to your feathered friend. Once reunited you will have to pet the bird to remove ash from its feathers in order to be able to use it again. The same must be done after moments where the eagle gets scared of statues that resemble the Godslayer. It’s a silly little interaction, but one that succeeds in making you feel a bond with the winged companion. 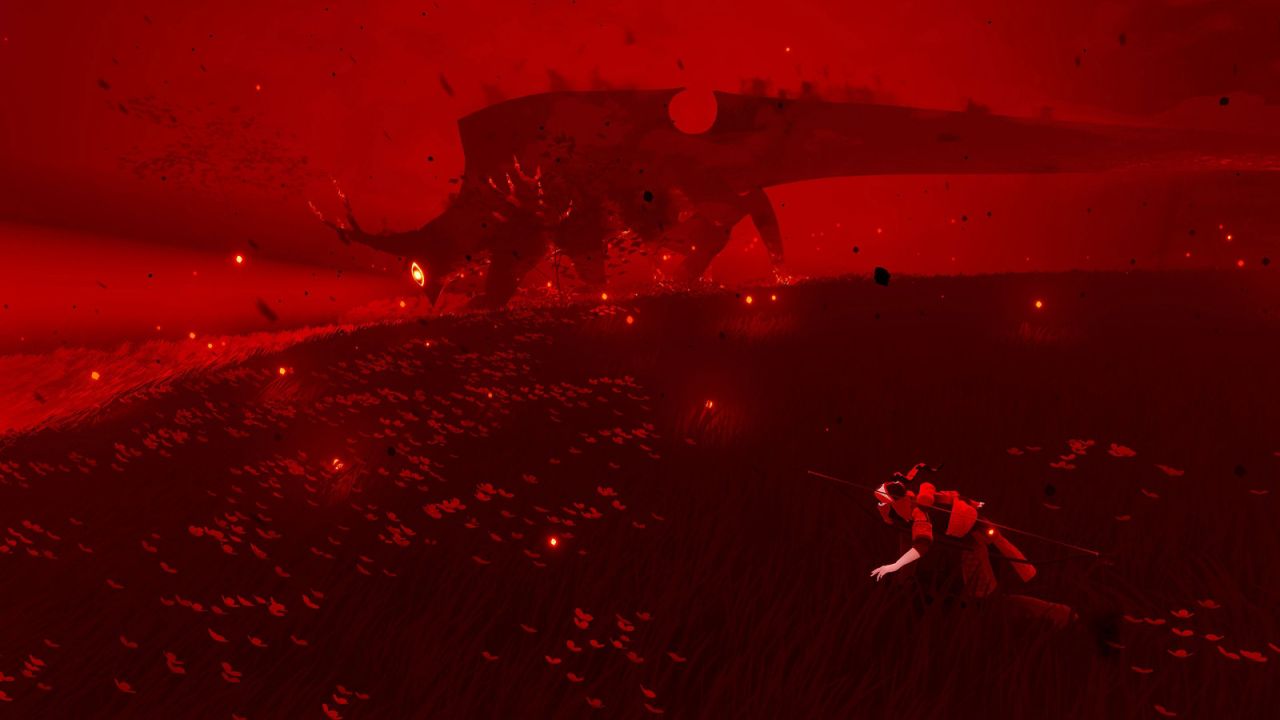 Even though you can easily manage to find a Lightstone by exploring, they are best found by utilising the spirit mask, an item that allows you to spot areas of interest out on the overworld. The Pathless doesn’t feature a traditional map, meaning that the spirit mask will be your best friend when assessing which areas you have cleaned up and which need exploring. Once you manage to track down a Lightstone, you will have to complete a puzzle in order to gather it. The only combat present throughout the game is when you fight the cursed beasts, meaning that the puzzles make up the majority of the gameplay experience. Puzzles range from shooting an arrow through numerous rings at a time, to finding weights that your avian can use to press down switches. There are enough different puzzle types to ensure that things don’t feel too familiar, and they find themselves at the perfect level of challenge by not ever being too difficult or too simple. They all feel particularly fun to complete, with the puzzles that see you having to angle your arrows through fire in order to light up other pillars being a really enjoyable affair. The Pathless succeeds in providing a variety of puzzles that don’t feel uninspired, well and truly making up for the lack of combat outside of boss fights.

Not all puzzles result in a Lightstone however, with crystals being a collectible that is also important to gather throughout the journey. Collecting a certain amount of crystals grants you an additional flap for the eagle, meaning you can fly higher, which aids in faster and more efficient traversal. They can also be accrued by other means such as healing animals, praying at spirit statues, or finding spirit crystals when wearing the spirit mask. The multitude of different ways of gaining crystals means that there are various smaller activities to complete between Lightstone puzzles.

The boss fights that you do get to play in The Pathless are also an exciting event. When it comes to the Tall Ones, the battles start with a chase that sees you running alongside the beast shooting out the giant eyes that adorn their bodies. After completing this stage, they up the ante a little bit, forcing you to work a bit harder to cleanse their spirits and return them to their peaceful deity form. They aren’t difficult to defeat but they do require you to recognise the attack pattern. Getting obliterated won’t see you die and have to restart, instead knocking the Hunter and eagle back from the fight, allowing you to jump back in to continue when you’re ready. Because the combat is sporadic and limited to boss fights, this feels like the right approach. Overall, the boss fights are solid fun without being anything too intensive. 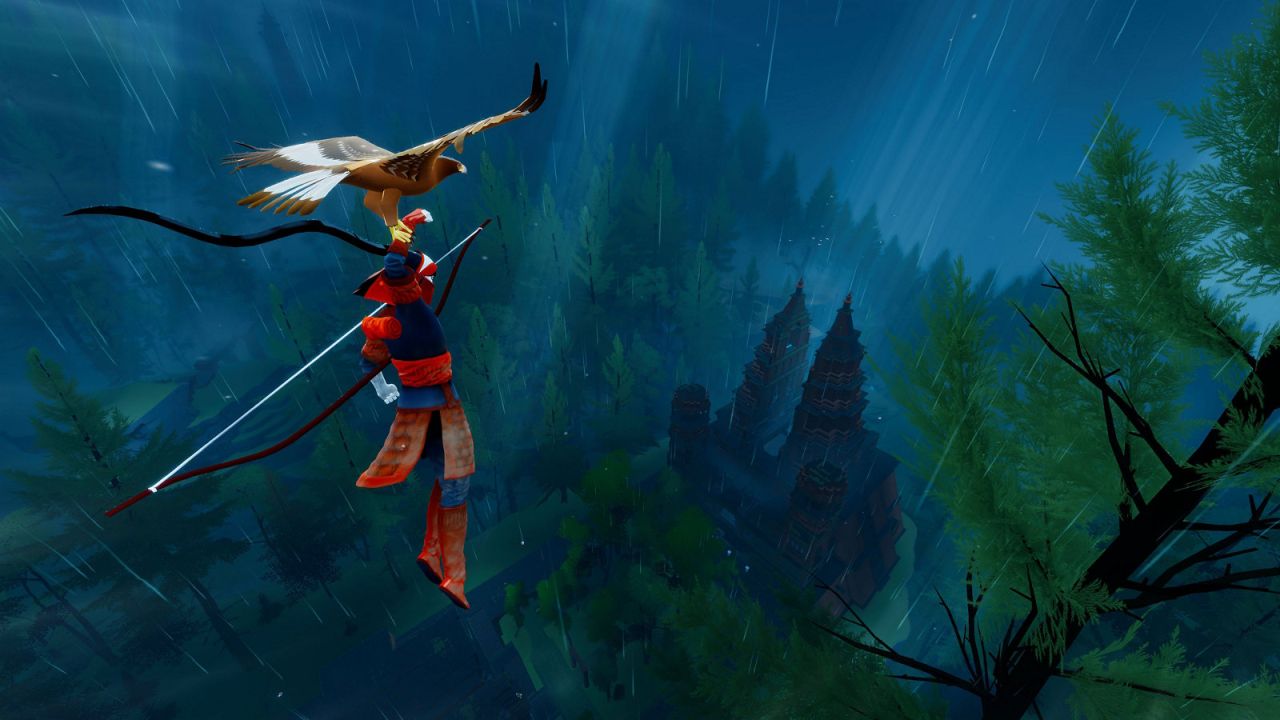 The Pathless, despite possibly being destined to not get the attention it deserves, is a welcome treat that will likely take players by surprise. The similarities to Shadow of the Colossus and Breath of the Wild are apparent and meld together nicely to make for a fun to play adventure that draws you in with its engrossing atmosphere and interesting world. Enjoy your other launch games for sure, but don’t let them result in this one falling by the wayside.

Our ratings for The Pathless on PlayStation 5 out of 100 (Ratings FAQ)
Presentation
85
Pretty visual aesthetic and a pleasant soundtrack. Great world building and atmosphere.
Gameplay
75
Creative puzzles and satisfying traversal mechanics. Not particularly deep systems wise but you can pet the bird
Single Player
75
Solid storytelling with a basic but amusing narrative. The characters despite not having much substance all play a decent role, with the Godslayer being a well executed villain
Multiplayer
NR
None
Performance
90
No issues observed
Overall
78
The Pathless is a charming indie adventure with a strong atmosphere, engaging exploration and a myriad of fun puzzles that is too good to be forgotten amongst the next generation hype. 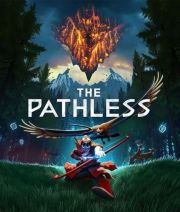 All videos for The Pathless (2)
Advertisement ▼