A frustrating mess of an experience

It is safe to say that throughout the 90’s to early 00’s, almost everything British developer Rare touched turned to gold. Donkey Kong Country, GoldenEye 007, Banjo-Kazooie, and Perfect Dark to name a few were all enormously well received and memorable titles, with numerous other games that are still remembered fondly today. In a similar vein to Playtonic Games and the Yooka-Laylee series, Tamarin is yet another game brought to life by ex-Rare staff in the form of Chameleon Games. While it attempts to be a spiritual successor to Jet Force Gemini, it ultimately isn’t worthy of even polishing the boots of the original Nintendo 64 title. 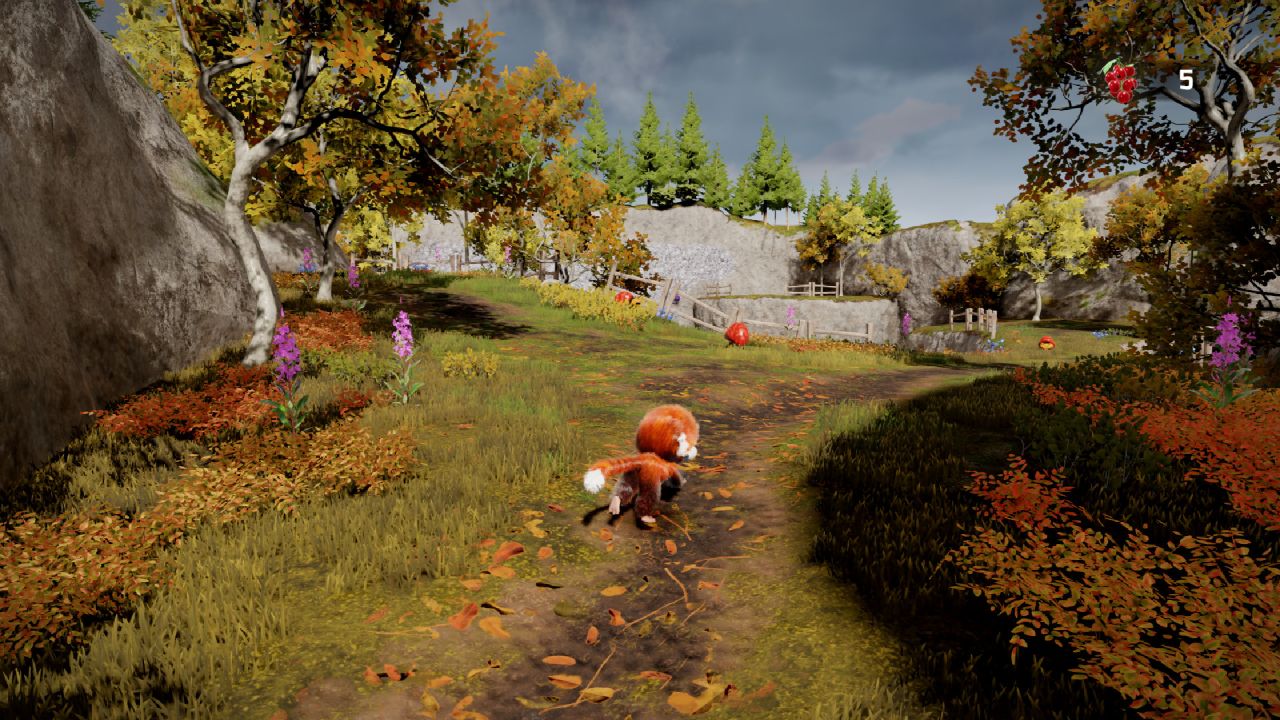 Upon launching the game you are quickly introduced to the world of Tamarin, with birds peacefully flying amongst a picturesque locale covered in vibrant flora and mountains. A family of Tamarin reside in a home in the forest and are gleefully playing outside, completely unaware of what is coming. Things quickly take a turn for the worst, as an army of insects invade the forests, leaving destruction in their wake. They start capturing and killing off the birds that inhabit the forests, as well as destroy the home of the Tamarin family, causing most of them to flee, leaving our Tamarin protagonist all alone. In order to find his friends and save his home, the cute little primate must take the fight to the insects, for some reason with a gun?

Yes that’s right, a gun. After meeting up with a hedgehog friend you are given an Uzi to bust a cap in any bugs that get up in your grill. It’s jarring to see a woodland critter offer you a weapon to straight up murder the insects, just as much as it is to see the adorable protagonist run around the environment spraying bullets. The lack of storytelling after the initial cutscene appears to indicate that Tamarin feels like its gameplay can do the talking, however the talk it spews out is an unintelligible murmur that is frustrating to say the least.

Tamarin takes place in a completely interconnected world, with two different types of levels to play throughout the four to six hour journey. Some levels are third person shooter levels inspired by the aforementioned Jet Force Gemini, while the others are traditional collectathon platformer levels in a similar vein to Banjo-Kazooie. The shooting levels task you with clearing areas of insects in order to unlock access to the next area of the level. You also have to find and shoot switches to open doors in some cases, with different weapons required to activate switches. Scattered amongst these levels are multiple blue birds that when collected can be returned to their birdhouses in the platforming levels in exchange for a firefly, a collectible that is required in certain amounts to unlock doors to new levels. Be quick to collect the birds however, as they can be shot and killed leaving you unable to collect them in that level run. 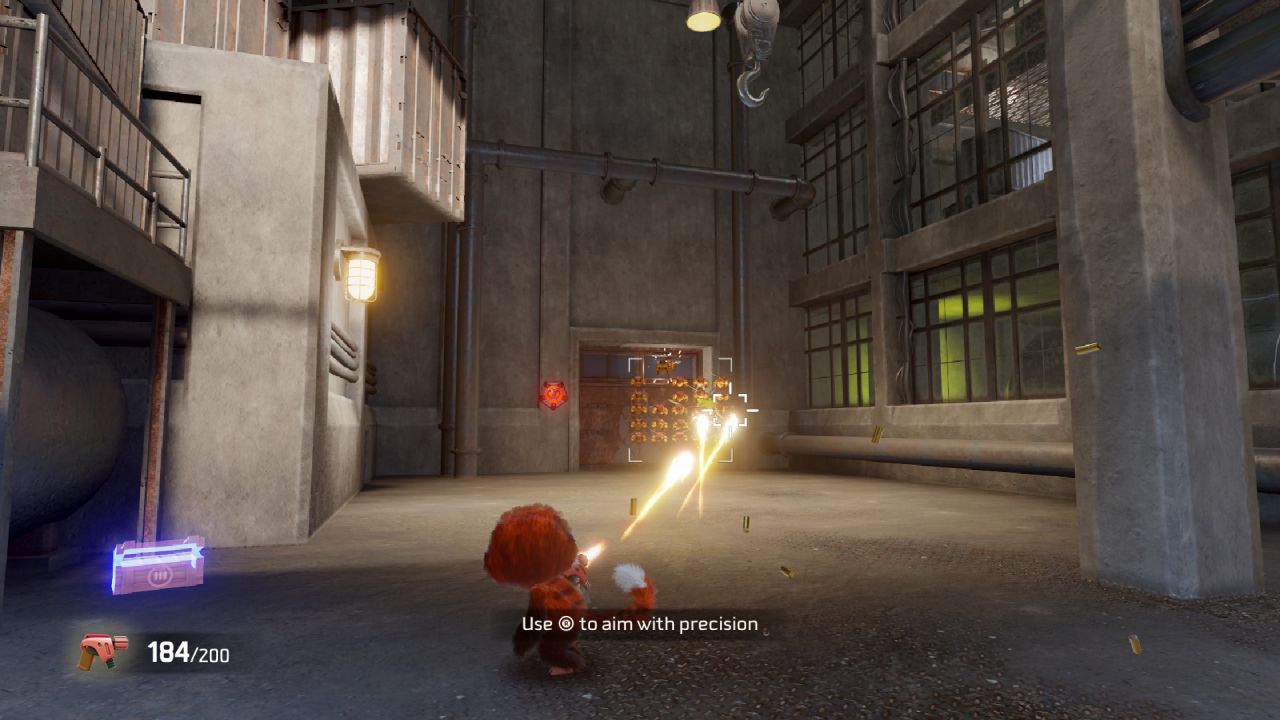 These shooting sections feel like they could be promising from the offset, but it quickly becomes apparent that the gameplay loop of walking up to an enemy and shooting them is pretty much all these levels entail. You shoot the same bunch of insects again and again, and while new weapons are introduced like a machine gun and rocket launcher, it doesn’t change the fact that the gameplay is very basic and quickly becomes repetitive. It doesn’t help that the AI of the insects is occasionally lacking, leading to funny moments where you can flank and stand beside them having no idea of your position. At the end of the day these levels just feel jarring and odd given the fact that you play as cutesy gun-toting primate who mercilessly walks by the fly-ridden corpses of the insects he murders. They ultimately feel boring and lack any sense of variety in combat, leaving you with no option other than to spray and pray. Tamarin requires a controller in order to play; a keyboard and mouse isn't supported.

The platforming levels encourage exploration to find the all so important fireflies amongst some other collectibles. Some fireflies can be acquired by finding them gliding amongst the environment and grabbing them, while others can be obtained by performing small tasks such as returning birds to birdhouses or collecting all the pinecones present in the level. There are also currants that serve as coins in each level, sap that can be collected to up your health, and insect tokens found in each level can be exchanged for new weapons or ammunition in shooting levels. There are even memoirs that the Tamarin has written to find, if reading the historical accounts of a primate tickles your fancy. There is a decent amount of things to do and collect in these levels, but fun that could be had is all but destroyed by unreliable controls and frustrating challenges.

The little Tamarin has a decent amount of moves at his disposal. He can roll, jump, flip, climb and ground pound to his heart's content, but sadly the subpar controls lead to none of his moves ever feeling quite right. Inputs for jumps aren’t as reliable as they should be in a platformer which is an immediate red flag. The controls are too imprecise to be enjoyed and the game suffers as a result. Levels don’t aid the inaccurate controls either, with precise platforming required in some moments; certain areas seem to have invisible ledges that protrude from actual ledges leading to spots where you can get stuck and have your jump ruined. This is most infuriating when trying to complete the challenges that require you to collect tokens in an allotted time. Further making these challenges a pain is the fact that they are poorly designed, as they have no discernible flow to them. This results in having to constantly retry the levels just to understand where the next set of tokens are going to spawn. Platforming levels are ever so slightly better than shooting sections, but poor controls and game design result in what is still a mediocre time at best. 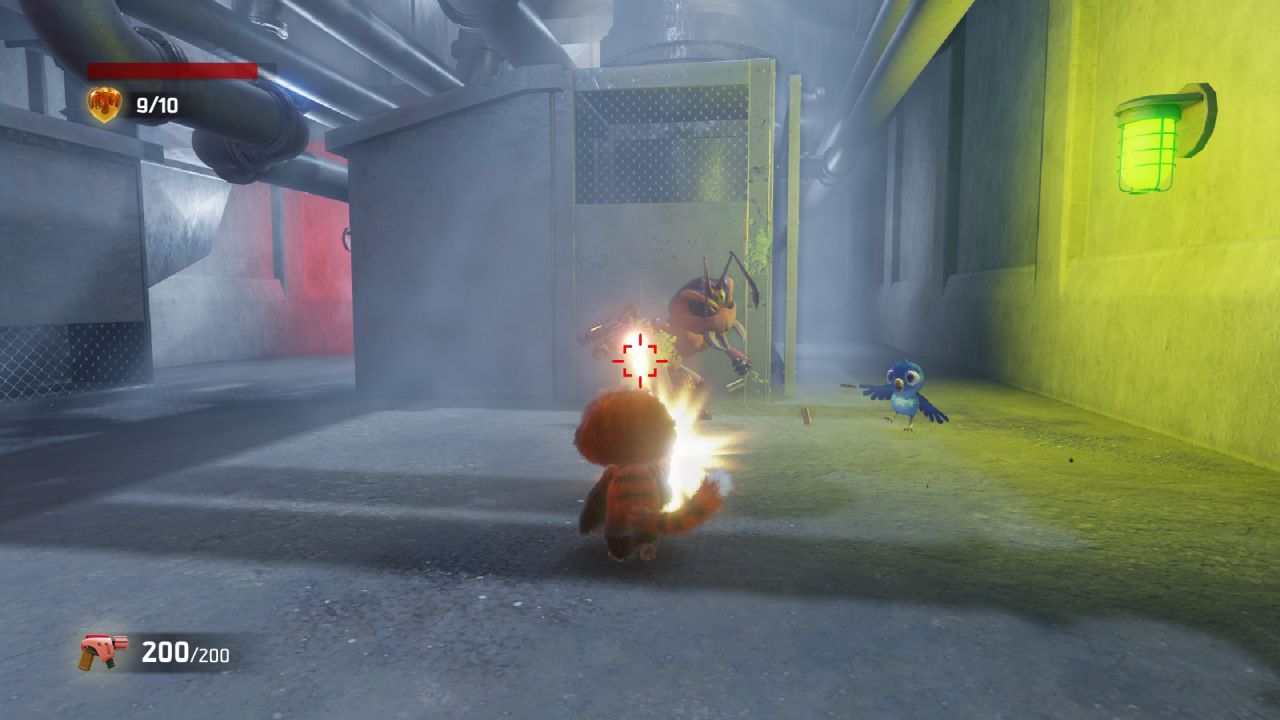 Tamarin ultimately feels and looks like a mish-mash of things that shouldn’t go together. Its Unreal Engine landscape looks visually okay and feels fitting with the primate protagonist, but pretty much everything else is a hodgepodge of assets that look foreign to the world established, leading to a game that is stylistically at war with itself. This could be somewhat forgiven if the gameplay experience was up to snuff and warranted playing, but the stale and repetitive shooting sections and insanely frustrating platformer segments results in an experience that should best be avoided.

Our ratings for Tamarin on PC out of 100 (Ratings FAQ)
Presentation
45
Most of the game looks like it has been cobbled together with Unreal Engine assets which results in a mediocre presentation. Soundtrack by David Wise has some good tunes but is nothing compared to his previous work.
Gameplay
40
Shooting sections are bland and lack variety. Exploration platforming stages are marred by unreliable controls and poorly designed challenges.
Single Player
40
Story is basically non-existent other than the opening cutscene and minor dialogue. The amount of content you get isn't worth the asking price.
Multiplayer
NR
None
Performance
(Show PC Specs)
CPU: AMD Ryzen 7 3800X
GPU: Gigabyte GeForce RTX 2070 SUPER Windforce OC 3X 8GB
RAM: 16GB DDR4
OS: Windows 10 Pro

70
Experienced a few frame drops throughout. No keyboard/mouse support.
Overall
40
Tamarin strives to be a spiritual successor to Jet Force Gemini, but its poor art style, stale and disappointing gameplay, and shoddy controls result in a game that won't be remembered as fondly as its inspirator. 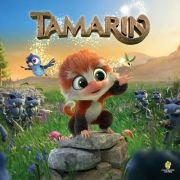