It's not easy to craft an intriguing game within the tired, straight-forward parameters of the space shooter genre. Even if said game does sprinkle in some interesting concepts, it helps to have stellar mechanics and great execution to compliment this. Unfortunately, Orbital Knight's Star Horizon largely falls flat on both of these fronts. While competent, the mechanics tend to feel cheap and imprecise on a core level. The use of the campaign's occasional branching paths is a fun idea that holds some potential. The problem is that this potential is mostly unrealized and shallowly implemented. There were moments of excitement in some of the more action-packed scenes, and the ship upgrade system injects some much-needed depth. But these rare bright spots were tempered by repetitive, bland, and occasionally unfair gameplay. These aspects are done no favors by a lackluster story and presentation. 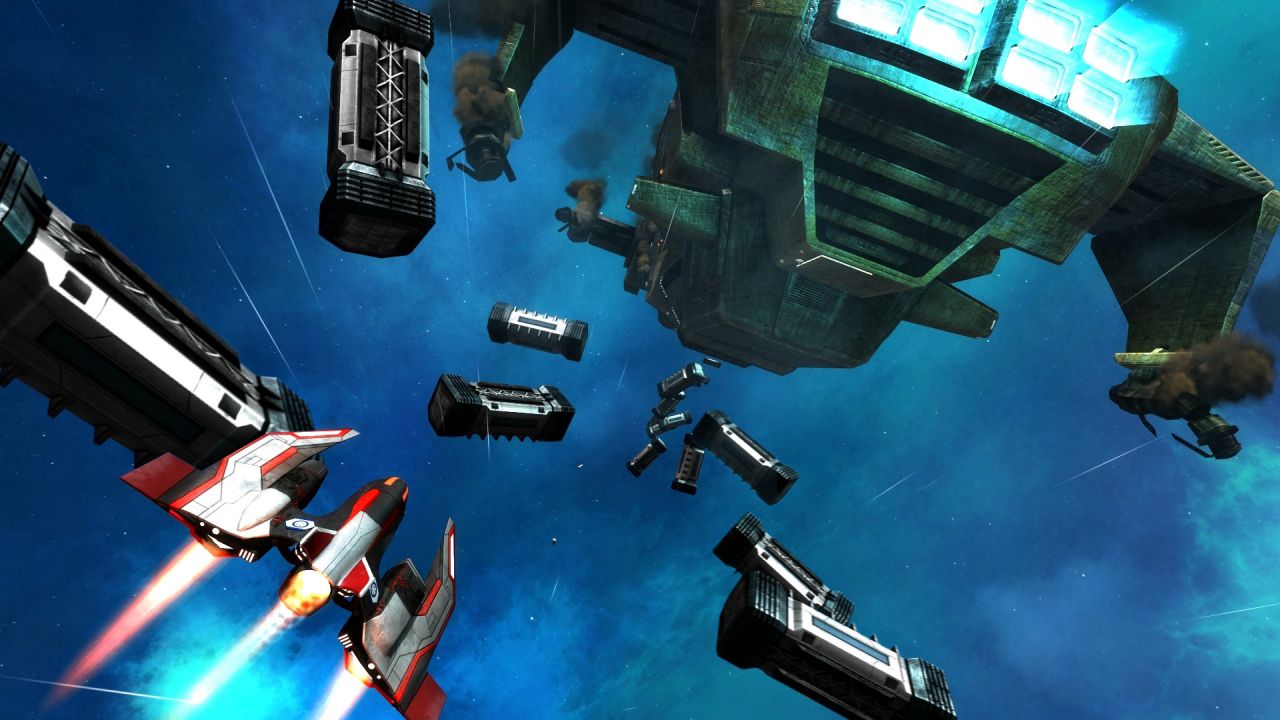 Star Horizon quite literally launches you into an unnecessary tutorial, before taking you on an on-rails expedition through outer space comprising 10 missions. You play as John, a private in the service of the Federation, working in tandem with his Cortana-like ship AI, Ellie. She awakens him from a 1000-year hibernation, calling upon him to save the galaxy in the midst of a chaotic war. He spends much of this 2-hour campaign fending off foes that are given a backstory that can be described as minimal at best. While it's perhaps not fair to expect a dynamic or gripping plot in a space shooter, this one proves particularly uninspiring. It doesn't help that the presentation is quite dull throughout, as is the cringy dialogue and voice acting.

The aforementioned "fork in the road" choices in a few of the stages could have made this aspect more interesting. Yet, they feel mostly inconsequential. It usually just boils down to shooting different targets, while the length, difficulty, and end-of-stage rewards remain largely the same. In the final phase of a stage, you may be given the choice to escort a couple of fellow pilots, or to gun for a large enemy craft directly. At one point, you're jarringly given a choice to stick with the Federation or join the Rebels. Regardless, these decisions ultimately boil down to flying through indistinguishable space settings and gunning down flurries of similar enemy ships.

The depth and general structure of Star Horizon's campaign is questionable to say the least. This is unfortunate as there's no multiplayer aspect to help carry the load. One welcomed feature is the two or three checkpoints placed throughout each level. Still, the fact that your health and shield isn't recharged when restarting at these points diminish their usefulness. This may even force your hand to restart the entire level, as you'll be too damaged to carry on without getting inevitably killed. 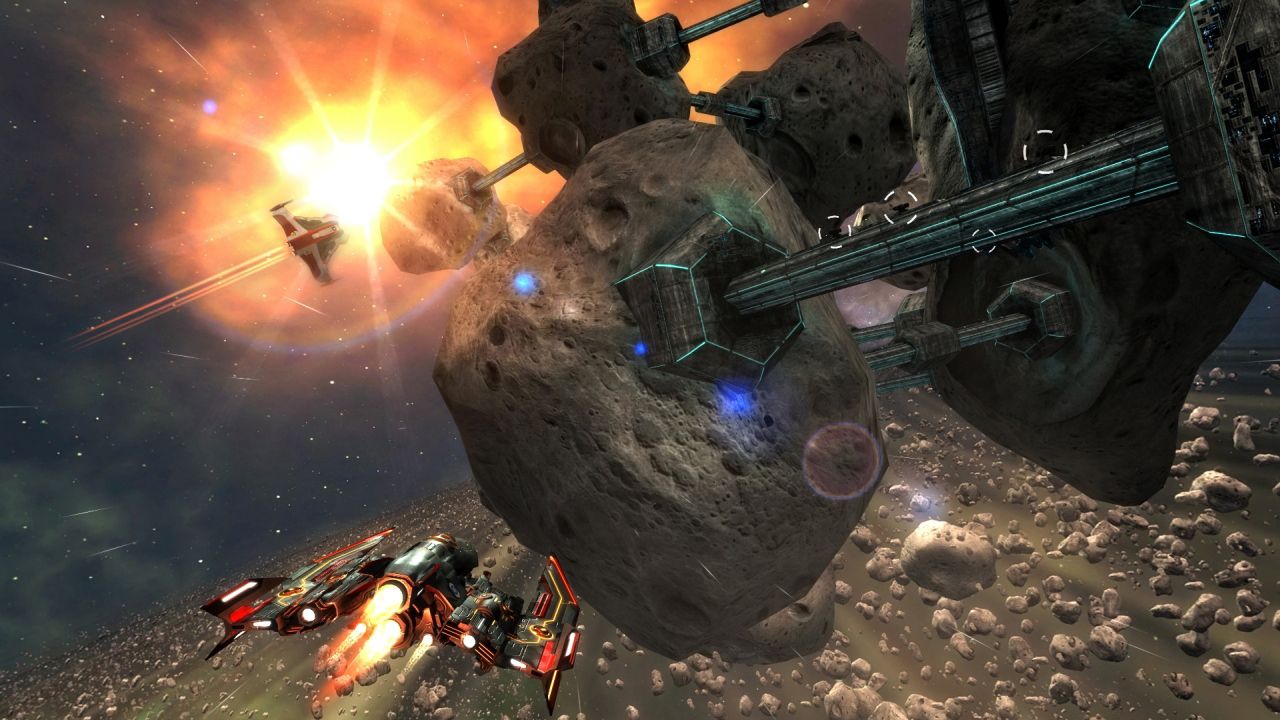 Aside from the basic branching paths, most stages have a prominent feeling of shallowness and repetition. The dull aesthetics do it no favors, nor goes the generally linear gameplay. Unique objectives are occasionally inserted to mix things up, but they usually amount to goals like "take out 120 Rebel ships," or "destroy 6 shield batteries." Again, it's just more shooting at the end of the day - and can also be frustrating given the restrictions in time and control to complete them.

Indeed, the on-rails gameplay is a standout issue in Star Horizon. You're given free range to drift around the screen, but this is restricted by the parameters of the third-person camera. The on-rails experience produces a rollercoaster feel which could have worked - and perhaps even made for a thrilling ride. But the issues can arise in certain instances where enemy ships show up. They often end up shooting you while off to the side and even offscreen for several seconds. This frustrating attribute jacks up the difficulty quite a bit, even after shelling out earned credits to upgrade your ship.

Now, John can be a force to be reckoned with at times, especially when launching his satisfying torpedoes and heat-seeking swarm attacks. Yet, all too often, I found myself getting attacked by an enemy from an unreachable area. These pests would pelt me with shots and often whittle down half of my health or more before flying in front of me and actually giving me a chance to return fire. There exists the ability to dodge some of this fire, thanks in part to your Star Fox-esque barrel roll. Yet, surviving these dogfights unscathed can be an exercise in futility, no matter how much you scurry about. Even dialing back the difficulty to Easy and spending all the credits I could on upgrades - I still often found myself blasted into oblivion. 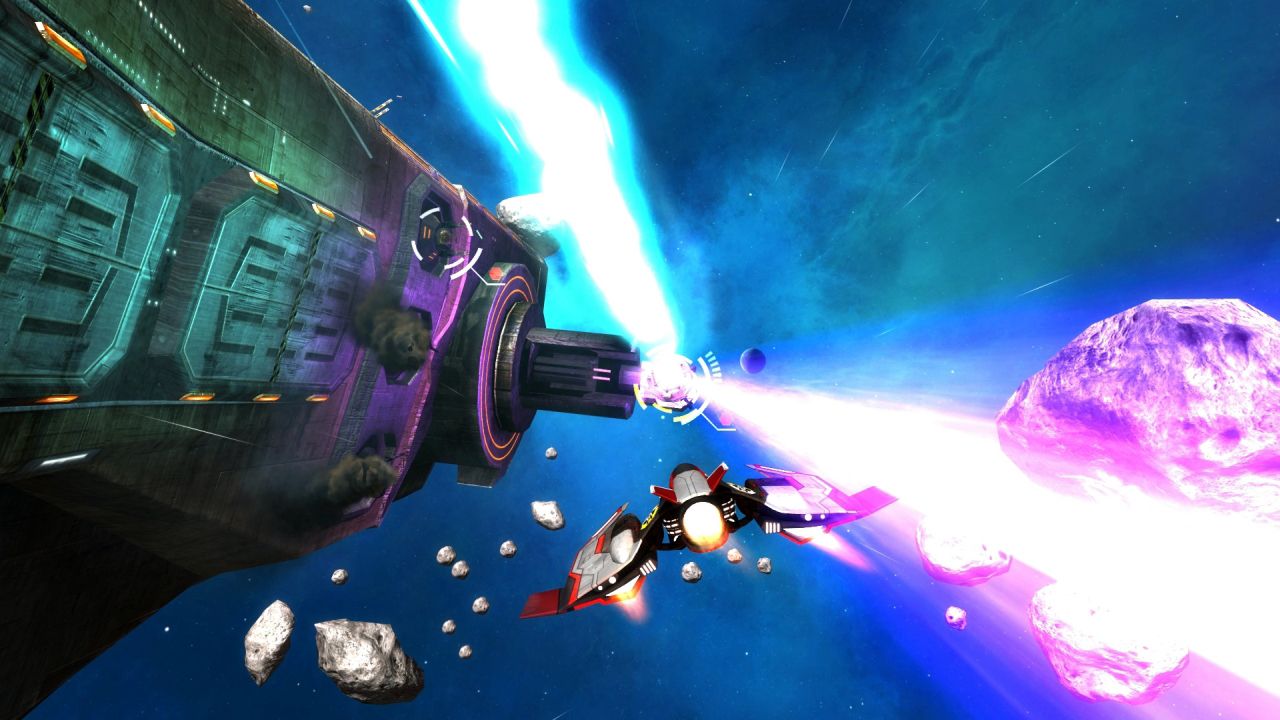 It doesn't help that even when you can hit a target, there's a general looseness to the shooting. A reticle will highlight a foe when your nose is aimed in the vicinity of your target. Yet, the lack of feedback and sharpness in these mechanics produces a feeling of imprecision. Even with this reticle and the enemy's health display, it can be tough to gage whether you're hitting a target or not, and to what extent. This is a major blemish in such an action-filled game that demands swiftness and precision. Add this to some disorienting camera moves - and dogfights can truly feel chaotic and hopeless at times.

It's certainly not all bad - as Star Horizon can have its moments of excitement and triumph when the enemies are actually hittable. While the mechanics can feel shoddy at times, they're usually competent enough. Playing around with powerful ship upgrades can be enjoyable, and offer a feeling of real progression. Additionally, earning credits and star rankings provide a goal to shoot for and grants a smidgen of replay value.

Ultimately, though, Star Horizon feels like a tepid effort with missed potential, especially with its minimal use of branching plot points and paths. This is compounded by the on-rails restrictions - which really becomes apparent when getting harassed by foes offscreen. Even at a fairly budget price, this is difficult to recommend to any but the most diehard fans of space-shooters.

Our ratings for Star Horizon on Switch out of 100 (Ratings FAQ)
Presentation
48
Star Horizon's mobile origins are apparent here, with crude ship models usually lacking detail, and flat, monotonous environments. Some spoken quips and branching paths do little to inject intrigue into this stock narrative, punctuated by questionable voice acting.
Gameplay
52
Though serviceable, the mechanics have a subtle feeling of sluggishness and imprecision that nagged at me throughout. Adding to these frustrations were the out-of-range enemies - sometimes being unhittable for seconds. In fairness, the ship upgrade system does inject a bit of intrigue.
Single Player
54
The typical space-war plot is roughly as straightforward and dull as the linear gameplay. The ranking system does grant a bit of replay value at least. This is crucial given the short campaign of 10 chapters - each comprising roughly 10 minutes.
Multiplayer
NR
None
Performance
70
Occasional stutter but minimal technical issues for the most part.
Overall
53
While this is a semi-competent port for Switch, ultimately Star Horizon's core gameplay is uninteresting and tired, while its mechanics lack polish. 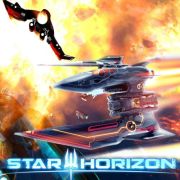