A majestic trip back into early 3D platforming

Traditional 3D platformers largely seem to have gone the way of the dinosaur. This is ironic considering this format was often used as a flashy new vehicle in showcasing 3D graphics over two decades ago. But while we’ve somewhat come full circle back to retro-style 2D platformers, Inverge Studios’ Effie reminds us that this genre can still provide joy. It can produce a sense of adventure and wonder that the confined 2D realm doesn’t always give. That said, Effie’s humble indie origins are apparent - not just with its unique stylistic approach, but in its somewhat crude, simple nature. Still, while one shouldn’t expect Super Mario Odyssey of Jak-level quality, Effie is a charming platforming romp that does just enough. 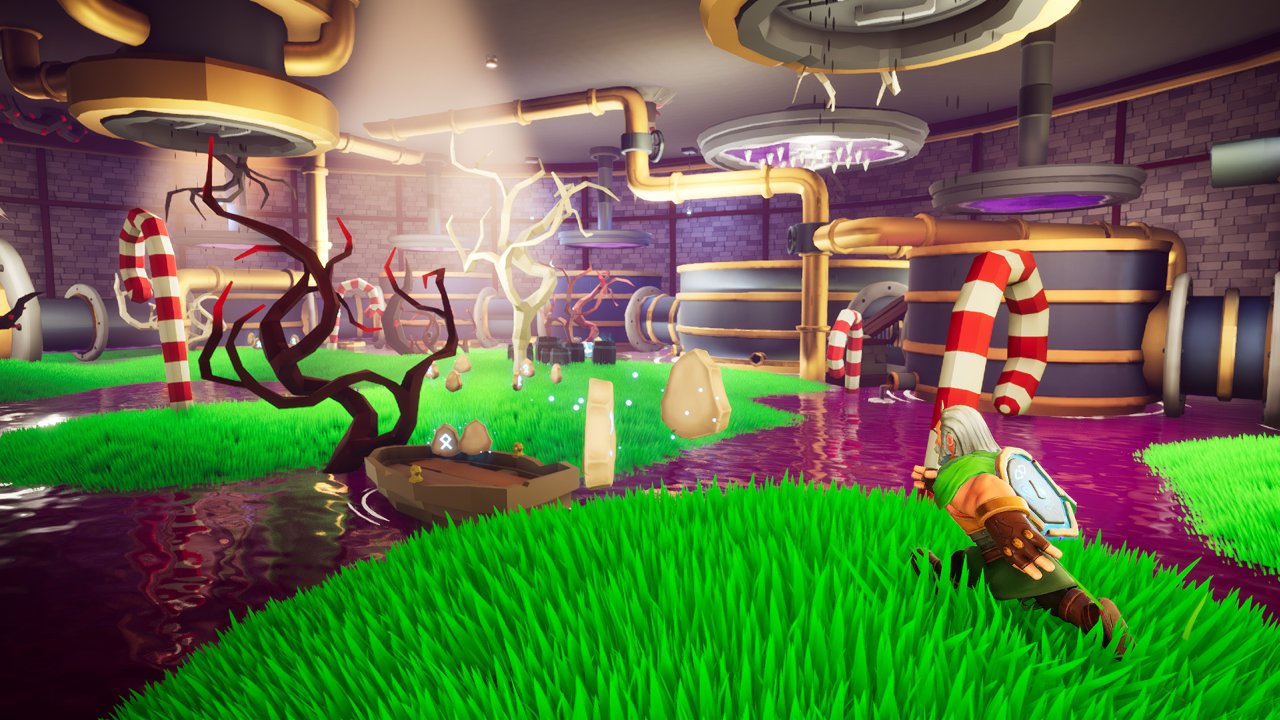 Despite its 3D structure, the game dials things back to resemble the mid-90s era of platforming overall. The experience feels more akin to Super Mario 64 or Crash Bandicoot, rather than the cinematic, deep collect-a-thons of Ratchet & Clank or later Rare stuff. This stripped down nature extends to the narrative, with only brief cutscenes in the opening, new chapters, and before boss battles. Basically, you play a warrior named Galand who’s been cursed with premature old age by a witch. Your goal is to break this curse and defeat this malicious mage, while traversing colorful environments and slaying monsters and demons. It’s a shallow premise, but works well enough for an undiluted action-platformer.

The core gameplay involves basic platforming and combat, with a sprinkling of item collecting and fairly simple puzzles. For a 3D platformer, the mechanics and objectives are quite easy to wrap your head around. You run and jump around from place to place, while bashing baddies and nabbing goodies; standard stuff. Still, while most of the environments are fairly linear, a waypoint and/or map system could have been useful. Regardless, it’s easy to jump right into this one, so to speak, as you’re only given a few abilities. It all feels pretty smooth and easy to handle, at least when opting for a controller.

You can perform a basic attack along with a charged bash, before eventually learning a super-charged smackdown. Holding down the action button will allow you to wallop a bunch of foes at once, as a cool Matrix-style slo-mo triggers. Combat is pretty much what you’d expect for a game meant to resemble old Crash Bandicoot or Spyro. Still, it manages to be just varied and mechanically solid enough to be pretty fun and satisfying to play. You can also glide around on a surfboard in the overworld; an exhilarating endeavor. Additionally, you get the ability to climb across ledges, raise your shield to trigger a forcefield, and dash around - though these are only scarcely needed. 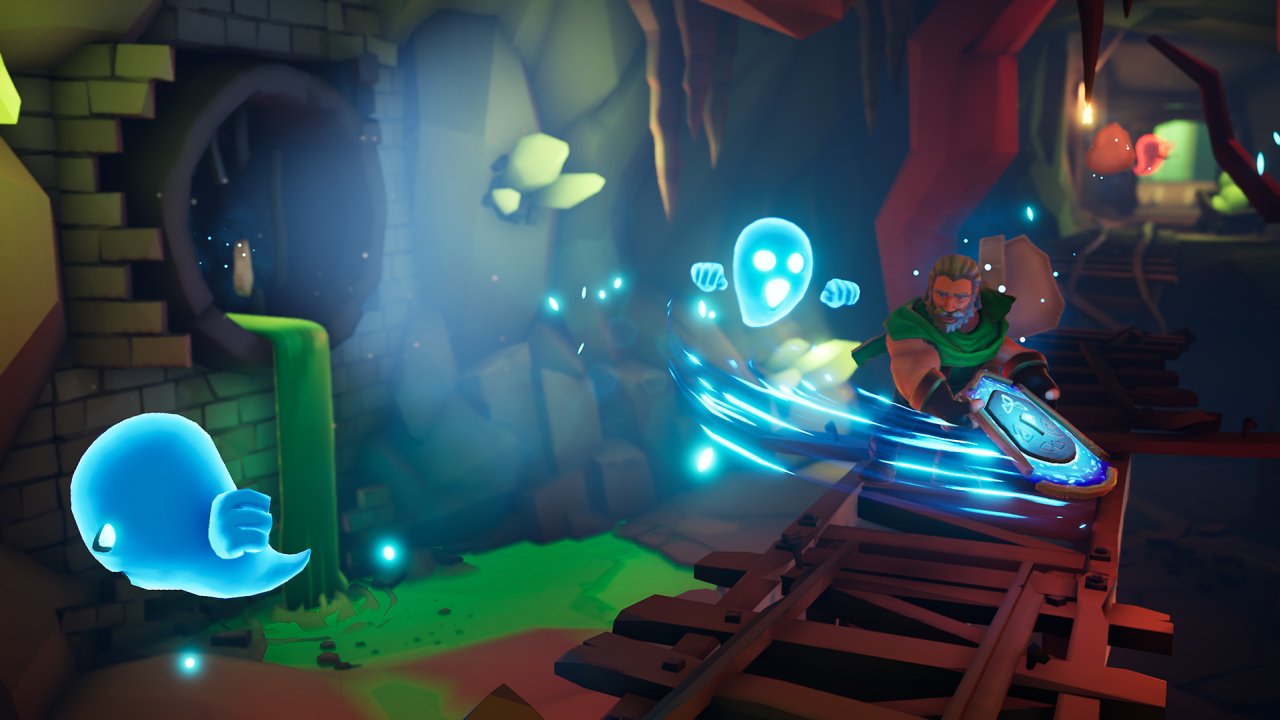 Collectibles come in the form of glowing runes scattered all over the place, allowing you to level up after reaching a certain threshold. This progression aspect of Effie could have been fleshed out more, as you’re only given a basic XP bar with vague references to your “increasing power.” There are also a handful of relics found in chests that offer brief blurbs, filling in some extra backstory and world-building. Puzzle segments - which typically involve sequential lever pulls or button pushes - help mix up the gameplay without slowing things down by being tough or cumbersome.

The platforming elements reside in a steady middle ground in terms of difficulty, depth, and pacing. The unique level design of most areas and the sandbox overworld minimize the feeling of repetition. Rarely did the experience feel unfair or overwhelming, though you may occasionally find yourself missing a platform that seemed reachable. You’re given some moderate challenges which test your platforming mettle to keep you engaged. You might, for instance, be forced to hop across small buckets flowing along a river, which sink in mere seconds and bring a quick, frustrating death upon drowning. Still, those who have even dabbled in 3D platforming and stick with a controller shouldn’t break much of a sweat.

On a technical level, Effie isn’t much to write home about, with its early-Pixar-style visuals and animation. Still, Inverge Studios does a lot with a little by stressing stylistic and colorful fantasy environments. I was drawn in after emerging from the first dungeon and gazing upon the vast, deep red plains, punctuated by unique structures looming beyond. Yet I was truly sold by the third chapter, which featured waterways of grape juice flowing through large barrel interiors. These scenes resembled The Hobbit and Charlie and the Chocolate factory fused with a Dr. Seuss book that never was. 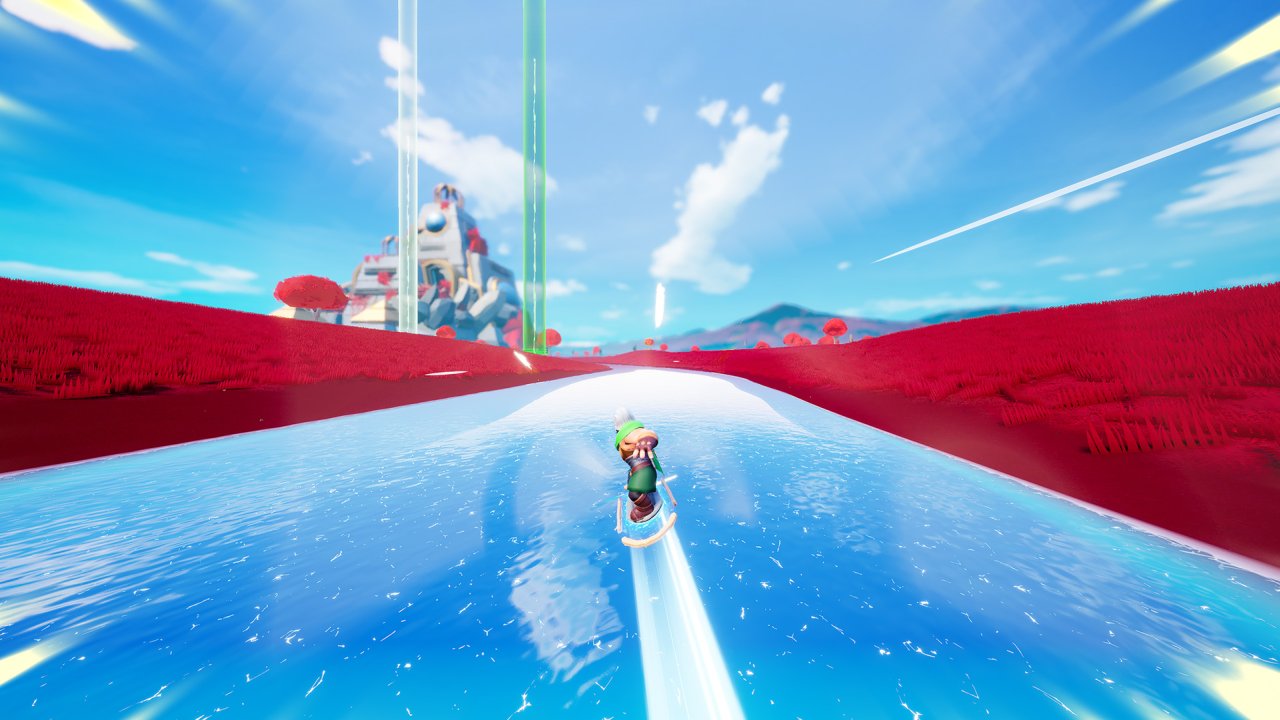 The pure, undiluted platforming is suitably fun and charmingly retro, even if it never really takes flight. Combat, item gathering, and puzzles mix things up a bit and add some “dimension,” so to speak. Mechanics can feel a touch shaky at times, and the platforming can verge on straightforward to those who fancy nuance and detail. Still, for what it is - a nod to 90s 3D platforming, Effie mostly succeeds. This is thanks to plenty of fun, action-laced combat and imaginative settings which enrich the experience; even amidst some occasional lulls in the gameplay.

Our ratings for Effie on PC out of 100 (Ratings FAQ)
Presentation
74
The vibrant, fantastical landscapes and orchestral soundtrack paint a rich, stylistic scene that offsets its blocky graphics. And in a sense, even the crude technical nature of the visuals prove effective, invoking some feel-good 90s nostalgia.
Gameplay
79
While not the most refined or detailed, fairly solid mechanics provide the foundation for a fun little platformer. A blend of platforming and combat, with a side of scavenger hunts and puzzles round out the experience.
Single Player
79
The narrative is simple, but sufficient in setting a lighthearted fantasy tone. The handful of unique biomes, nestled in the lavish overworld, usually keep you immersed in this adventure. The length sits at a moderate 5-7 hours; pretty suitable for a basic $20 platformer.
Multiplayer
NR
None
Performance
65
Some spotty frame rate issues and stutter at times
Overall
78
Effie isn’t going to blow any minds, but its tried-and-true action and 3D platforming design makes for a delightful callback to yesteryear. 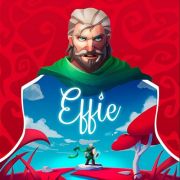