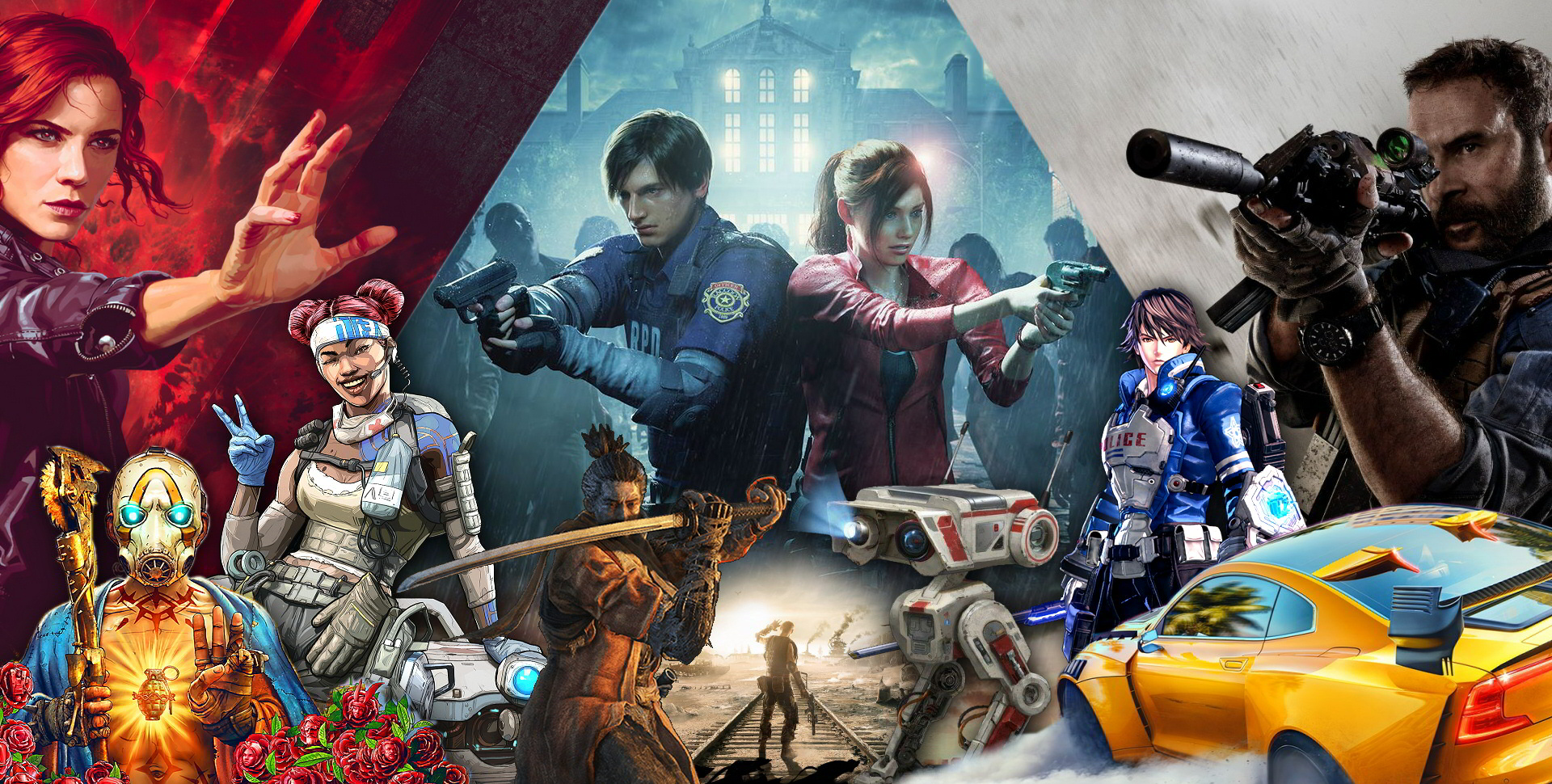 2019 was the last big gasp for a console generation that began six years ago. Rather than innovate, developers sought to rediscover and refine. The best example came early from CAPCOM, when they remade Resident Evil 2 to such a high standard that it might as well be a completely new game. It set the tone for the entire year.

A number of developers kept doing what they're good at, albeit with some late-gen influences. The shooter experts, Respawn, brought new life to the Battle Royale genre with Apex Legends. From Software took gamers to Japan and gave them an athletic grapple in Sekiro: Shadows Die Twice. Age of Wonders: Planetfall turned the fantasy series into a sci-fi spectacular. Even Remedy brought their brand of third-person shooting to new heights in the bizarre world of Control.

And there were plenty of direct sequels that did their series proud. Metro Exodus took us out of the Moscow underground so we could breathe again. The Division 2 provided more looting and plenty of shooting around an overgrown Washington D.C. area. FIFA 20 was a return to form for the sports series, thanks to some stylish street football. And Luigi’s Mansion 3 successfully brought the old ghostly franchise to the modern Switch platform.

The most rewarding aspect of 2019 was how many developers returned to a much earlier time in their history. After a lengthy hiatus, Gearbox finally put out their gun-crazy Borderlands 3. Frozenbyte rediscovered 2.5D with the fourth Trine game. Infinity Ward came back from the future and captured old magic with Call of Duty: Modern Warfare. Fans of Fallout: New Vegas were treated to a spiritual successor when Obsidian mirrored their own work in The Outer Worlds.

New consoles are set to launch next year. With backward compatibility a major selling point, the lines between console generations may be blurred. We may see a homogenized gaming ecosystem, especially now that cross-play is becoming more common. But the future can wait. Join us now as we run through our top games from 2019.