Casual games are dime a dozen, and especially so on the Nintendo Switch. The company has fully embraced smaller independent developers to provide games for its portable platform, and the result is an abundance of choice when it comes to lighter, on-the-go experiences. And so to stand out, developers must offer something unique or memorable – and in the case of The Touryst, developers at Shin'en Multimedia have opted to provide a casual and relaxed adventure with a striking art style. 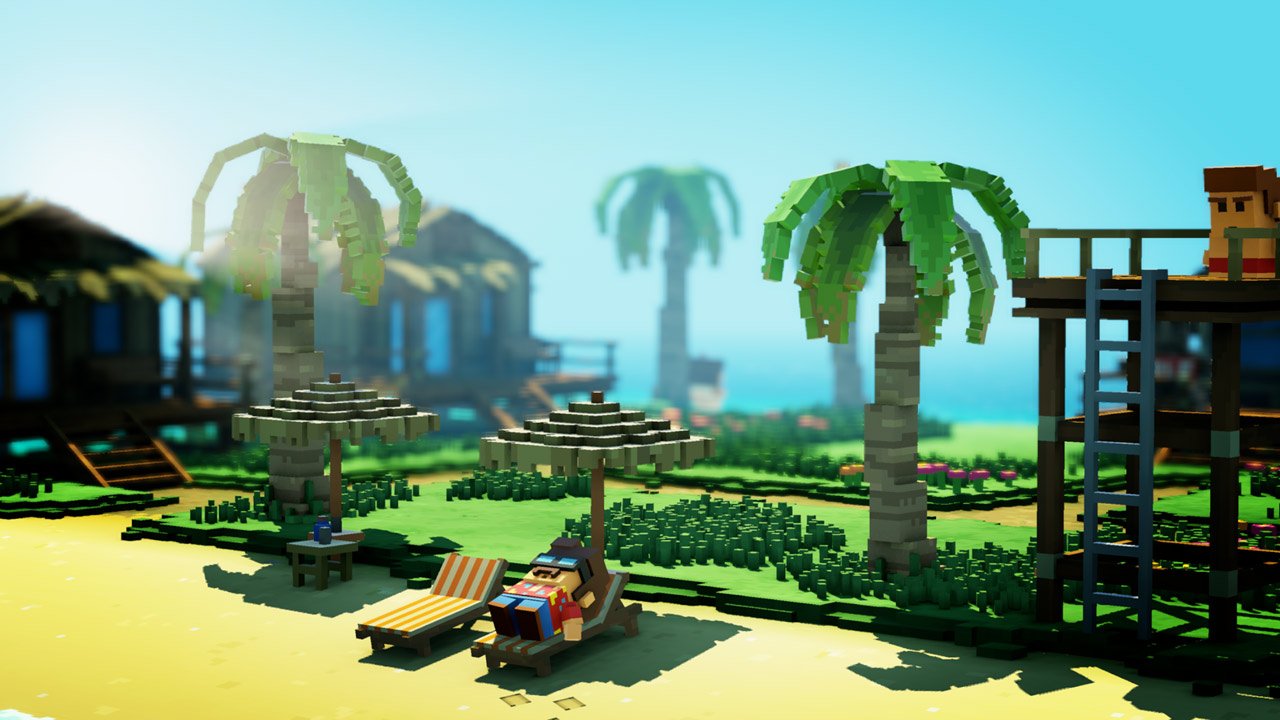 The Touryst doesn't have much of an introduction. You are a... tourist, who arrives on a tropical island chain called Monument Islands. The islands are small, taking just a minute or two to run around the perimeter. After quickly exploring your starting piece of paradise, you realize that there is some sort of mystery going on, with ancient monuments littered throughout. A man leads you into one such monument, and inside you find that it is missing a certain number of glowing stones required to unlock a secret. From there, you set out to visit other such temples to collect their stones and bring them back.

Each island features a few different quests, one main and the rest optional. You chat with the very few island inhabitants, such as a shop owner or a DJ, who will ask you to do something. It could be finding and bringing them a specific item, or helping them start a party by interacting with a few switches. And so you begin to explore these small islands, guiding your character around the 3D land using a freely moving camera that feels best in an isometric perspective. The controls feel responsive and mostly lean towards the arcade. The camera can get a bit award, but you can adjust it.

Most of the items you need to help the locals are located on the same island, so it's just a matter of finding them, which can sometimes be tricky as things such as fruits blend into the terrain. Platforms and levers are a bit more obvious, but still the game lacks any easily identifying features for stuff you can interact with. The level design of the islands is pretty basic, so you mostly need to pay attention and rotate the camera so you can view all possible paths or jump opportunities, whether onto buildings or on top of palm trees. As the story continues, you unlock more islands to travel between as you see fit. Some quests require you to return to previously visit places, or cannot be completed until you've progressed further. 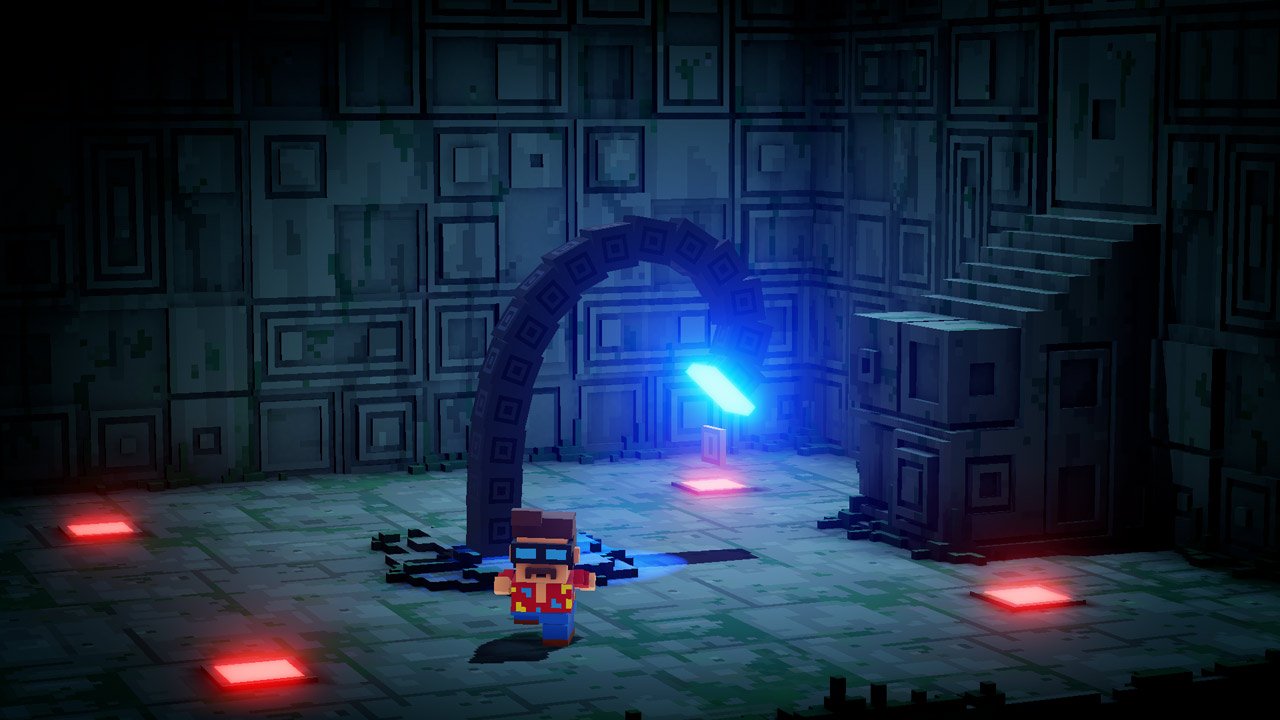 The main focus of the game is exploring the mysterious monuments, which often lead you down into dark caverns with puzzles to solve and enemies to defeat. Your only ability is jumping and picking up/throwing things, so the combat relies more on thinking and puzzle elements than quick reflexes – like placing explosives in the path of the glowing stone Sentinels. The puzzles are also straightforward and often involve the typical lever pulling, pressure sensitive plates, and so on. In keeping with the game's very casual and light tone, you won't be stumped or seriously challenged on any of the content. The platforming controls can be hit or miss, pun intended, but it's manageable.

Although, perhaps it's worth mentioning that some of the included minigames can be surprisingly frustrating. Activities like surfing require a bit too much luck, while the target times for a drone flying minigame ask for the level of concentration not seen elsewhere in the game. Many activities, as well as optional exploration like swimming through underwater caverns, let you earn of coins, which you can use to purchase a camera (which gives you another optional task list to strive for), and there are additional abilities gained via books, such as double jump. The Touryst is a game with many different little things to do, though none of them particularly original or engaging, it's perhaps well suited for the Switch's on-the-go nature. 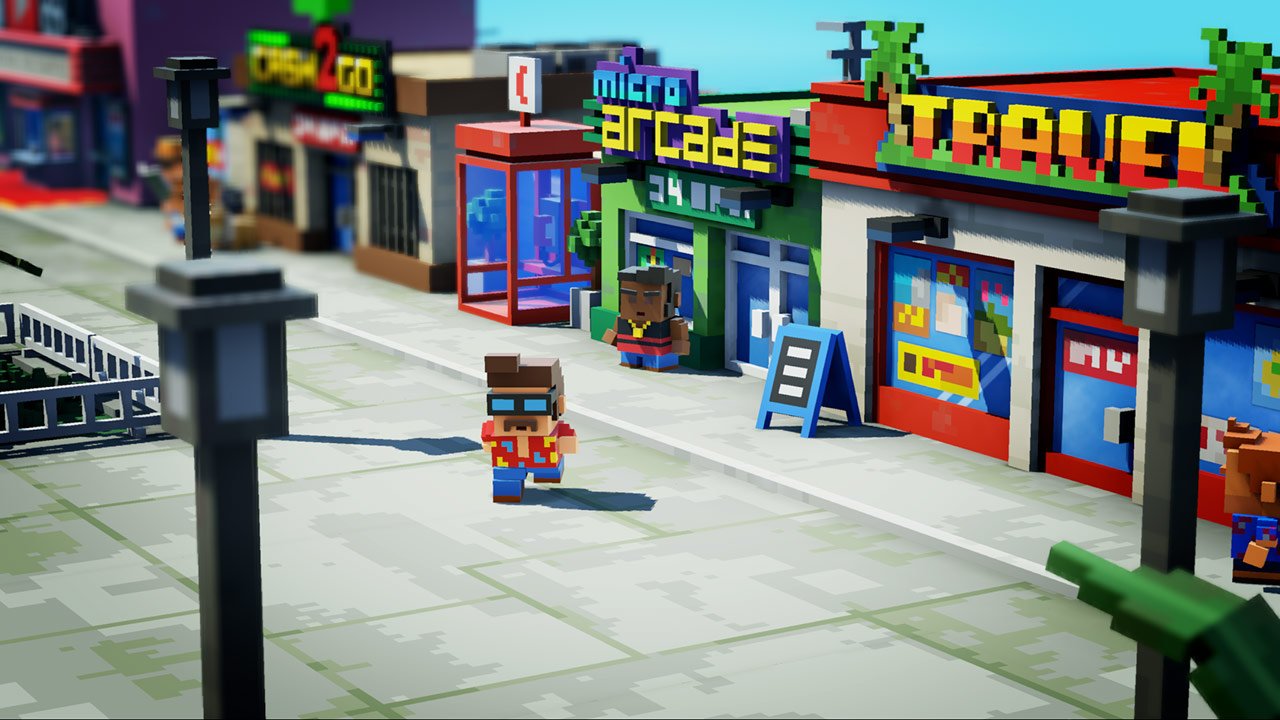 By far the most memorable thing about the title is its visuals. The art style looks like a bright, happy version of old-school Minecraft or LEGO that's been more pixelated while remaining high fidelity. It looks like a series of tropical islands that have been “digitized” and ran through a filter, and the end result is a casual and light atmosphere that matches the slothful gameplay. The music and audio are pretty minimalistic, which is a bit of a missing piece to this vacation puzzle.

For the $20 asking price, The Touryst is a decent relaxed puzzle/adventure game. It's a good fit if you're looking for something requiring little commitment or long play sessions. At under 10 hours long, it might be a bit too casual for some players, as there's definitely not much involving or memorable gameplay here. Those wanting to take it easy and enjoy the wonderful art style should be satisfied, though.

Our ratings for The Touryst on Switch out of 100 (Ratings FAQ)
Presentation
70
The art style is by far the most memorable thing about the game. It's a unique mix that looks both unique and retro.
Gameplay
70
A laid back puzzle/exploration title with loose controls and sometimes annoying camera.
Single Player
60
The main quests are very basic and repetitive, while the optional activities can frustrate.
Multiplayer
NR
None
Performance
NR
No real issues, whether running docked or in handheld mode.
Overall
65
The Touryst is a leisurely puzzle/adventure game that should satisfy those looking for something very light to play on the go. Everyone else might find the experience too trivial and forgettable, apart from the unique visuals. 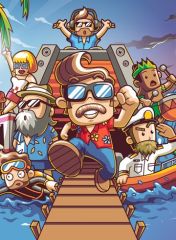