In a gaming scene rife with puzzlers in the vein of Tetris, Candy Crush, and Bejeweled, crafting a puzzle game that's both simplistic and creatively nuanced is surely no easy task. Yet, developer Studio Gier tackles this feat quite nicely for the most part, with their charming logic puzzler, SpellKeeper. Though the game's slim campaign leans on the easy-going side, the soothing, tranquil soundtrack playing softly in the background indicates that this is an intentional trait. Make no mistake - tinkering with some of the more intricate puzzles later in the game can really be a grind. Yet, those who appreciate their puzzle games with a simplistic, creative, and borderline relaxing bent should find much to enjoy about SpellKeeper. 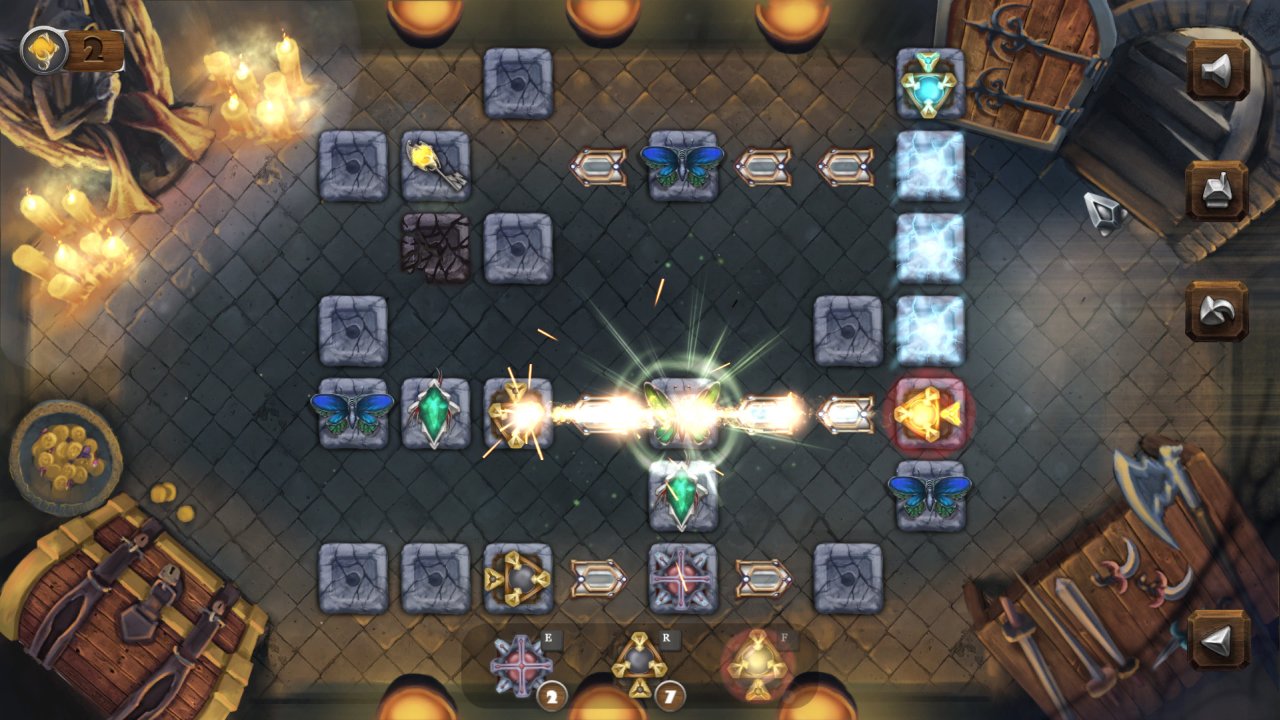 As you may infer from the name, the artstyle of SpellKeeper takes on a majestic fantasy tone, complete with colorful sketches of an overworld and title screen that resembles a fairy tale storybook. These act as nice backdrops that are visually interesting without overpowering the gameplay on screen. In a nutshell, SpellKeeper's logic-based puzzles require you to guide currents of magic energy across a series of tiles, so the streams can hit their marks simultaneously.

What are these marks? Well, they come in the form of gem-like cocoons, from which magical butterflies sprout. Suddenly, the oddly basic and ambiguous butterfly thumbnail for the Switch game makes sense. Once you've liberated each of the sporadically placed butterflies from their cocoons by aiming the current on each one, it's mission accomplished, and onto the next of the roughly 60 stages. These stages are lumped into fairly standard Village, Garden, Castle, and Tower biomes.

Given SpellKeeper's relative ease in difficulty, and its lack of content elsewhere, the game can pretty much be completely polished off in just a handful of hours. There is no sort of head-to-head local multiplayer or online content to be found. For those more seasoned puzzle gamers, the slim dose of content and relative lack of grueling, anxiety-inducing gameplay may be a turn-off. Still, there are plenty of nuances to most of the content that does exist, and a healthy dose of curveballs introduced in each new biome, beckoning you to grind your way to the finish. While the premise of guiding currents of magic sounds simple enough, a number of factors subtly yet effectively add layers of complexity.

You're granted a limited amount of various items which you must strategically place on tiles laid out in a variety of patterns. They're referred to as “spells”, but they're essentially specialized arrows or funnels that are placed onto the currents and used to channel them into designated areas. This ultimately creates a sort of chain-link of magical energy that must find its way to each cocoon. SpellKeeper does a pretty nice job easing you into its unique workings by starting things out with smaller, less intricate layouts, fewer butterflies, and more basic spells. As you progress, you'll be working with more advanced stage designs, along with more advanced spell types which allow for more coverage and flexibility in redirecting the energy currents. 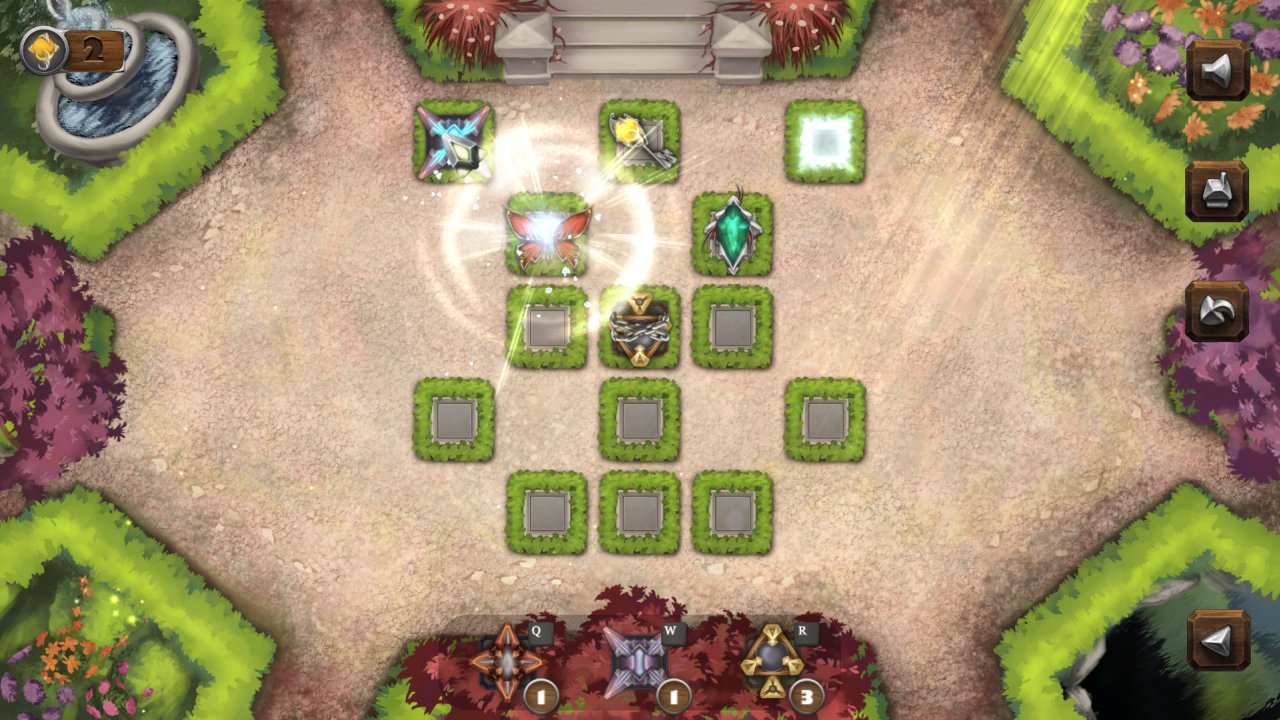 The biggest catch is that, with a palette of obstacles and a limited amount of spells, you'll need to put some thought into which spells you drop, and where. You have one-trick spells that guide the current in a single direction, in addition to spells that spread or reroute the current in a variety of patterns like a square. With some trial and error and toying with a seemingly endless amount of possibilities, you'll eventually find your mark, ultimately triggering that last pesky cocoon.

Stages can be completed in seconds, or you might fumble through spells and stare at the screen perplexed for several minutes depending on the intricacy of the layout. It really depends on how much a given scenario is tripping you up, and it does vary quite a bit in this regard. It's worth noting that, at least in my experience, the escalation in difficulty felt quite erratic at times. I was, for instance, often able to coast through a large portion of the 3rd and 4th Castle and Tower courses, while much of the 2nd Garden series of stages proved to be a grind. Though this can perhaps be attributed to my ability to handle the introduced “gimmicks” of certain scenes with far greater ease than others. In any case, while it was rewarding flying through the easier stages, it was particularly satisfying knocking out the tougher ones, despite the frustrating, often stagnant process to get there.

Some stages additionally contain keys sitting off to the side that are obtained by activating them in the same manner as the cocoons. These are put towards thresholds to unlock future stages down the line. This element adds a welcomed steeper difficulty tier in addition to a layer of depth. There are sometimes multiple ways to complete the same stage, and these keys coax you to experiment with this. This usually entails a typically simpler avenue when disregarding the key, and a trickier one when including it. On top of this, you'll also run into obstacles like restricting walls, chained spells confined to a specific tile, and butterflies that obstruct paths and force you to reroute with specialized spells. These twists in mechanics and features force you to adjust and think in new ways, and manage to keep the experience from feeling too simple or stale.

As you'd expect, the controls are pretty minimalistic and fairly easy to wrap your head around. Interactions essentially boil down to navigating the tiled grid - along with cycling through, dropping, and swapping spells. You can also flip the direction of the arrow spells already placed, undo moves, and restart with a clean slate. The rest is a matter of sitting back and letting the automatically flowing current do the rest. 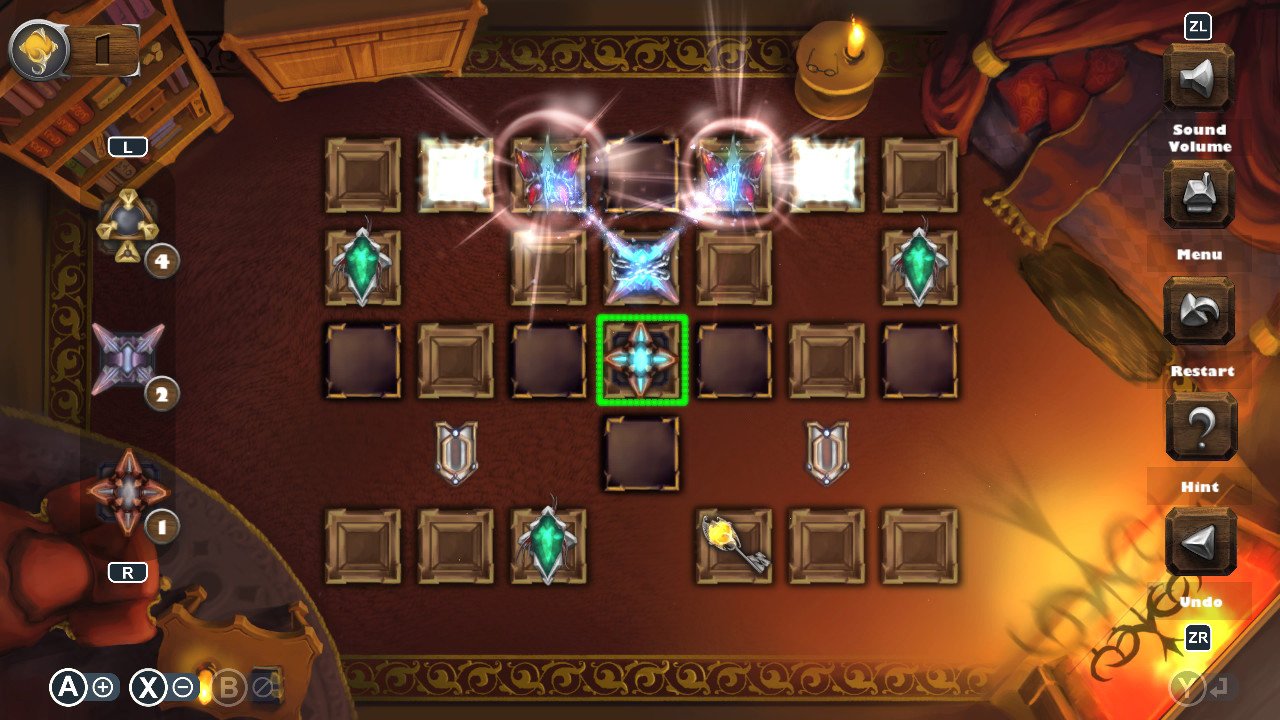 Still, the controls aren't perfect, and perhaps not quite as easy to handle or intuitive as they should be. Simple tasks like moving around or swapping spells feels like it takes a couple more steps than it should. Cycling through the menu bar off to the side can also feel a bit awkward. You're also given a handy “hint” menu option with a several second cool-down time; the clicking of which reveals which spell you need to place on a specific tile. Though this revelation can be tough to spot amidst the clutter of spells already placed, as it only flashes briefly on screen.

Thankfully all of the interactions are far improved through the Switch's touch screen support. In my experience, this made the commands far snappier and more streamlined, as it “cut out the middleman” so to speak. Despite the somewhat cumbersome task of having to hold the console with one hand while poking at the screen with the other, it's still a worthwhile feature to use. Obviously this can't be utilized in docked mode, but a game like this is tailor-made for quick bite-sized sessions on the go anyway.

SpellKeeper won't set the puzzle scene on fire, but it charms with some fairly unique gameplay elements, and creatively plays around with the logical concept of connecting and stringing together components. The experience can be at once simplistic and deceptively nuanced. The majestic fantasy themes and relaxing soundtrack act as a nice backdrop to a serenading and usually simple puzzle experience. Still, the difficulty maintains a decent balance, and you'll even be tossed some truly tough brain-busters later in the game, especially when going for keys. While the content is on the light side, it's worth its meager asking price.

Our ratings for SpellKeeper on Switch out of 100 (Ratings FAQ)
Presentation
75
Most elements of the presentation, from the hand drawn backdrops, to the easy melodies, feel "soft" and reside nicely in the background - a crucial component for a title whose gameplay requires much thought and attention.
Gameplay
74
An innovative and satisfying logic-based mechanic that's easy to grasp overall, though the controls - touchscreen functionality notwithstanding - could be a bit more intuitive. The game feels both mechanical and creative in its approach.
Single Player
68
The campaign is neatly packaged with 4 distinct series of stages, each with a few of their own gimmicks that help keep the experience fresh. Though with roughly 4-6 hours of gameplay, there isn't much time for SpellKeeper to feel stale in the first place. Difficulty is a bit all over the place, but at whole, stays at a manageable level.
Multiplayer
NR
None
Performance
90
No apparent performance issues, everything runs pretty crisply and smoothly.
Overall
71
SpellKeeper feels a bit like the fidget spinner equivalent of a puzzler. It's an almost calming experience to distract your mind with, and while it verges on overly-simplistic at times, it still somehow manages to feel satisfying and rewarding. 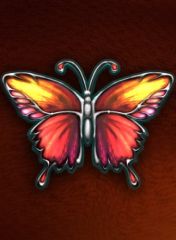 Our Review of SpellKeeper
71%
Good
The Verdict:
"A little logic puzzler that takes flight but doesn't always soar"
Game Ranking
SpellKeeper is ranked #980 out of 1646 total reviewed games. It is ranked #73 out of 144 games reviewed in 2019.
979. Golf Peaks
Switch
980. SpellKeeper