MY MEMORY OF US
Platform: Switch
83
SummaryNewsArticlesVideoScreens

My Memory of Us Review

They say the truth is stranger than fiction. So it makes sense that a backstory for fiction inspired by real historic events can make for a captivating and dynamic narrative to build from. This is the case in the memorable indie puzzler developed by Juggler Games, My Memory Of Us. The game draws upon the rich and dark history of Nazi occupation during World War 2 for its inspiration, and decorates it with its own cool science fiction overlay. This serves as a solid backdrop which provides the foundation for the enjoyable, imaginative 2D puzzle and stealth gameplay that permeates the game. I could have done with a bit more focus on the more exciting platforming and action-oriented gameplay you’re teased with. Still, I did enjoy most of the mini puzzles that make up the bulk of the experience, despite not always being partial to puzzlers. 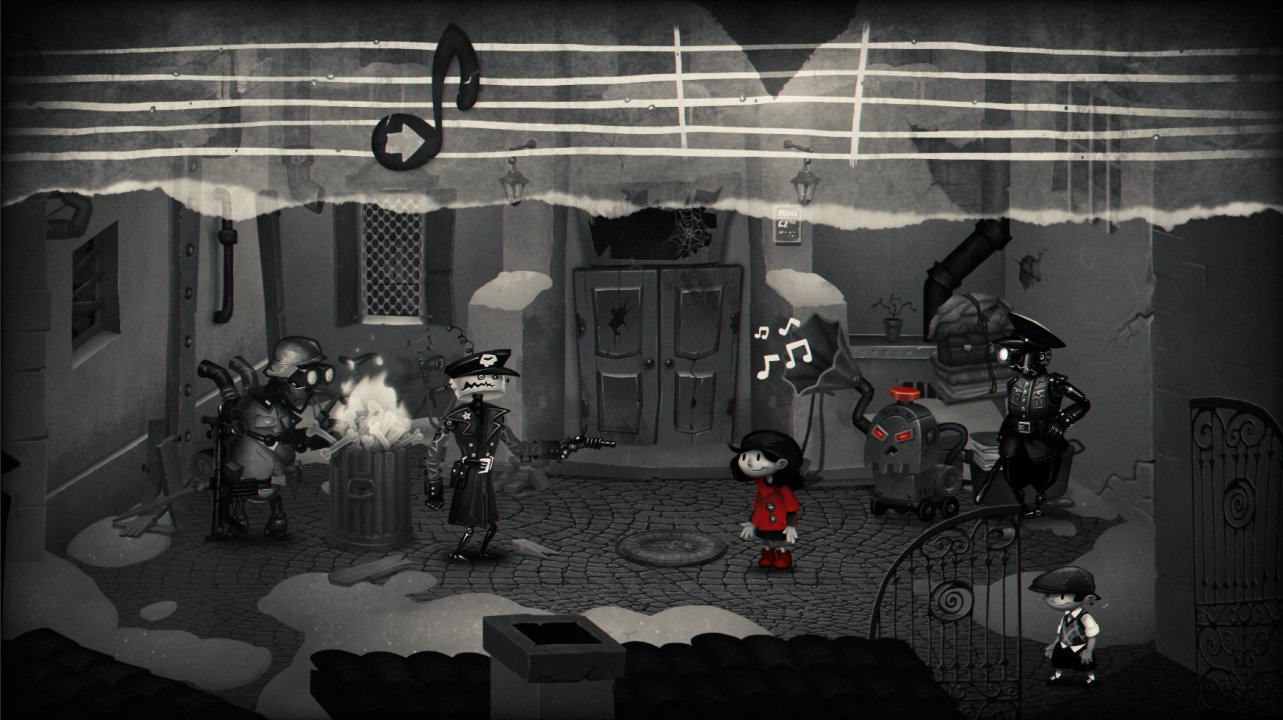 The aesthetics are simply a joy to look at, with their circa 1940’s black and white cartoon style, combined with steampunk sci-fi and a twist of neo-noir for good measure. The tone is a juxtaposition between a cheery atmosphere via the cute, hand drawn and cell shaded visuals, and gloomy, gritty undertones that seep in more as the story progresses. More visual flair is added by the sprinkling of red on certain objects throughout, in a Sin City-esque fashion. The game certainly exudes a certain “Inside” vibe as well; not just in its dark, semi-dystopian themes, but in its stealth-puzzle hybrid gameplay.

My Memory Of Us takes place in a sort of reimagining - or “alternative history” if you prefer - of Nazi occupied Poland. This makes for a rather interesting setting, even without the augmentation of sci-fi elements, considering the abundance and significance of events that transpired in war-torn Poland circa the late 1930’s and early 40’s. This backdrop is all more “implied” though. Specific locations and figures are rarely named, and actual soldiers and run-of-the-mill tanks/weapony are swapped out with distinctly steampunk machinery and robot troops dorning S.S.-looking uniforms. As a result, we’re dropped into a world that feels both familiar and wondrously alien.

Juggler Games does a great job of subtly embedding plenty of narrative elements and plot devices for players that are willing to seek it out. At the same time, it doesn’t get in the way or bog down the gameplay for those who prefer to breeze through and get right to business. This is partly achieved through the minimalistic, yet visually appealing cutscenes that introduce each of the brief 18 chapters; most of which take place in a variety of locations on the bustling streets of steampunk-tinged Warsaw.

Besides the charming cutscenes, My Memory Of Us also conveys its engrossing narrative and world-building through other, more subtle means; not the least of which are the lavish multi-layered 2D backgrounds buzzing with activity. It also does this via obtainable “memories”, which serve the dual purpose of hidden collectables along with fleshing out the backstory. Each one contains a headshot and brief blurb describing a real historical figure who held some sort of significance in resisting Nazi encroachment and/or aiding the oppressed Polish citizenry. These feel a bit disjointed from the game, but they do make for interesting, and often heartfelt, reads. 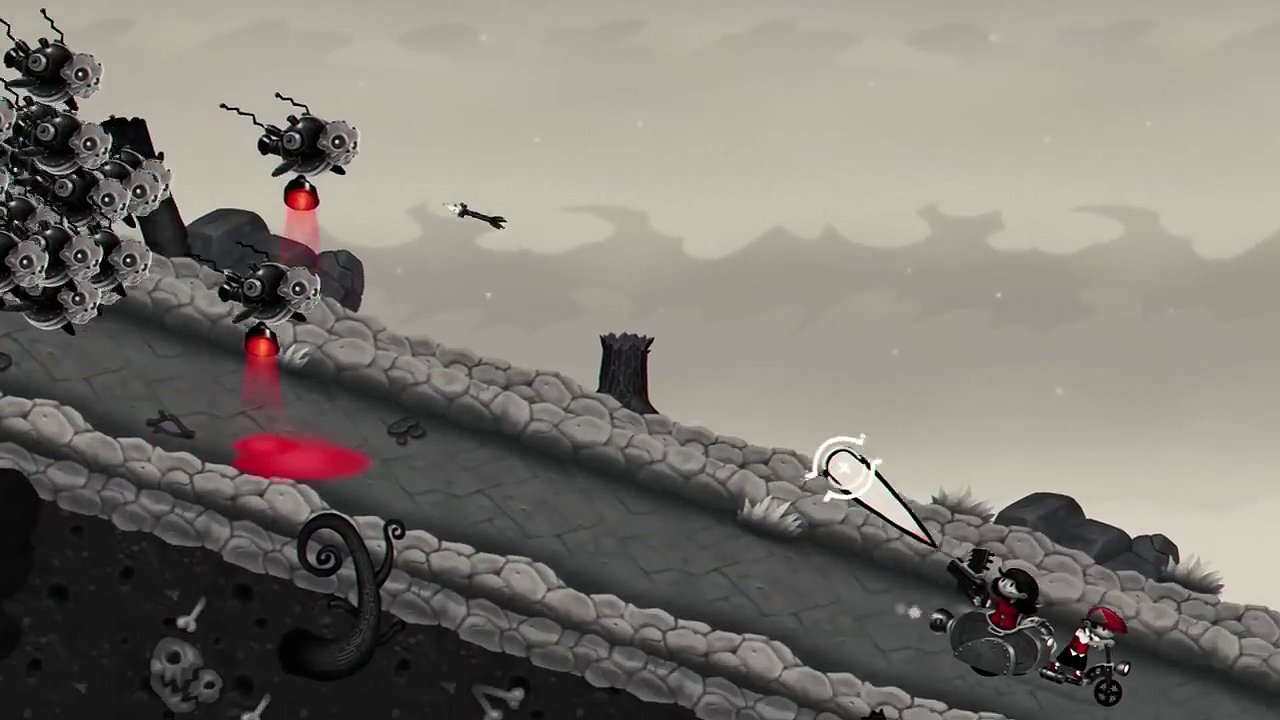 The narrative follows a local boy, voiced excellently by actor Patrick Stewart in the form of a now older man telling the story of his past, involving his adventures and escape with the help of a girl he befriends. We quickly notice this girl wears red, which is worn by citizens whom the robots regard as a “lower class”. This manages to be an on-the-nose, but nonetheless clever reference to the targeting of Jewish citizens in this era. These two innocent kids find themselves in the middle of a chaotic environment crawling with soldiers, and must work together to evade troops, aid others, and ultimately run from this now dangerous land. The game drives home the importance of friendship in overcoming obstacles - a cliché trope, perhaps, but a powerful one nonetheless.

My Memory Of Us does a fine job of putting you in the shoes of the two children, making you prominently feel their vulnerability, as you’ll often be caught and yanked back to the last checkpoint simply by being noticed by a trooper. Both of the kids are granted a few basic abilities though - the girl can run, and is equipped with a slingshot meant mainly for distraction, while the boy can sneak around, as well as deflect light off a mirror to temporarily blind certain targets. These devices are cleverly implemented as tools to complete many of the puzzles throughout your run.

The creative concepts of these puzzles are as impressive as the diversity of their nature. You’ll be thrown everything from physics-based contraptions that you must trigger, to assembling various items, to cracking combination locks by way of subtly scattered clues. You might have to retrieve a missing gear, which allows you to trigger a moving platform you’ll use to gain access to the next area. You may have to find a way to douse yourself in red paint - or remove it - to avoid attention from troops or engage with certain NPCs. You’ll often have to be aware of your surroundings, too. For instance, NPCs will chat with each other in a Banjo Kazooie-style gibberish, though you’ll sometimes be shown “text” bubbles of their dialogue which will show a basic image. These images act as hints or nudges to point you in the direction of a place, person, or item of interest you’ll need to overcome your next obstacle or puzzle.

While you typically control both characters at once by holding hands, you’ll also be required to complete puzzles by splitting off and juggling separate tasks with both kids. For example, you may need to distract a guard with the girl, while you sneak ahead with the boy and trigger an access point for the girl to rejoin him, etc. This variance of curve balls manages to keep you on your toes without feeling too crazy. The puzzles nicely walk that delicate tightrope of providing trials tricky enough to be interesting without being overwhelming or frustrating. In my experience, there were a handful of puzzles that ate up some minutes of pondering and wandering aimlessly from screen to screen, though I never had to resort to the shame in looking up a solution. Making it to that next screen after several grueling minutes of trial and error was certainly a satisfying endeavor. 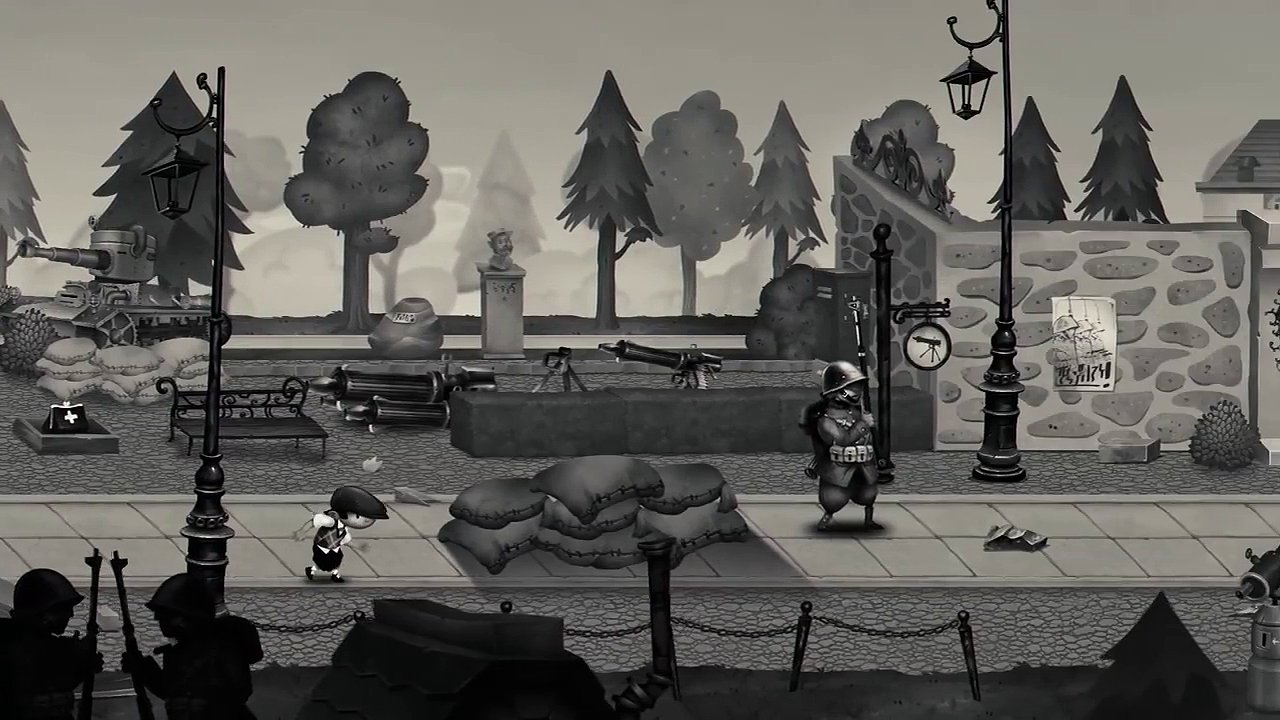 The blemishes really are few and far between, and mostly have to do with what My Memory Of Us doesn’t have. A lengthier campaign, mini games, or a co-op mode (which would go well with the concept of controlling multiple characters), would have been welcome additions. Considering this sort of experience doesn’t lend itself to replayability, and the entire campaign can be tackled in 4-6 hours, some form of supplemental content could have gone a long way. Additionally, the mechanics involved in holding hands and switching characters can be a touch wonky and imprecise to deal with at times.

Still, as a whole, My Memory Of Us delivers in both its execution and its creative charm. The game helps breathe some life into the puzzle genre, which had seemingly covered just about all bases. There’s a fine blend of both interesting history and imaginative fiction, and it adds some emotional weight to the already amusing gameplay. The game’s charming artistic style takes on the feeling of playing through an old illustrated children’s book. It’s just a shame that this virtual book of historical fiction wasn’t a little longer.

Our ratings for My Memory of Us on Switch out of 100 (Ratings FAQ)
Presentation
85
The old black-and-white cartoon style is visually appealing and perfectly compliments the setting and mood. The only VO comes in the form of Patrick Stewart's narration, but it’s superbly done and adds a layer of atmosphere and depth to the storytelling.
Gameplay
80
An impressive number of creative, cleverly designed puzzles, most of which are unique, and reside in that middle ground sweet spot of difficulty. The mechanics and controls of character swapping and hand holding are generally easy to wrap your head around, but could be a bit tighter.
Single Player
77
The brief campaign that does exist is a memorable one. The story is imaginative, captivating, and well paced, keeping you emotionally invested throughout.
Multiplayer
NR
None
Performance
75
A bit of lag stutter from time to time, but mostly ran smooth.
Overall
83
Considering its length, My Memory Of Us is a tad overpriced, but the game itself proves a charming magnificent puzzler that tugs at both your brain and your heart strings.

My Memory of Us 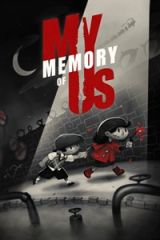