Return of the Obra Dinn Review

A great puzzle game with not much to say

I’m positive that game creator Lucas Pope is smarter than me. I bet he’s smarter than many people. I’m in awe of game-makers in general, but people who can make these detail-obsessed puzzle games blow me away (also see: Jonathan Blow, Phil Fish). There’s a craftsmanship that’s needed for games like this, an eye for how to stage a level or a puzzle, and in Return of the Obra Dinn, Pope proves his mettle. But there’s another element that is important in making a game: a human knowledge, an understanding about people - of both the players and the characters in your game. Why do they act the way they do? What drives them? What motivates them? Why is it worth following these characters here and now? Why is this story important to tell? 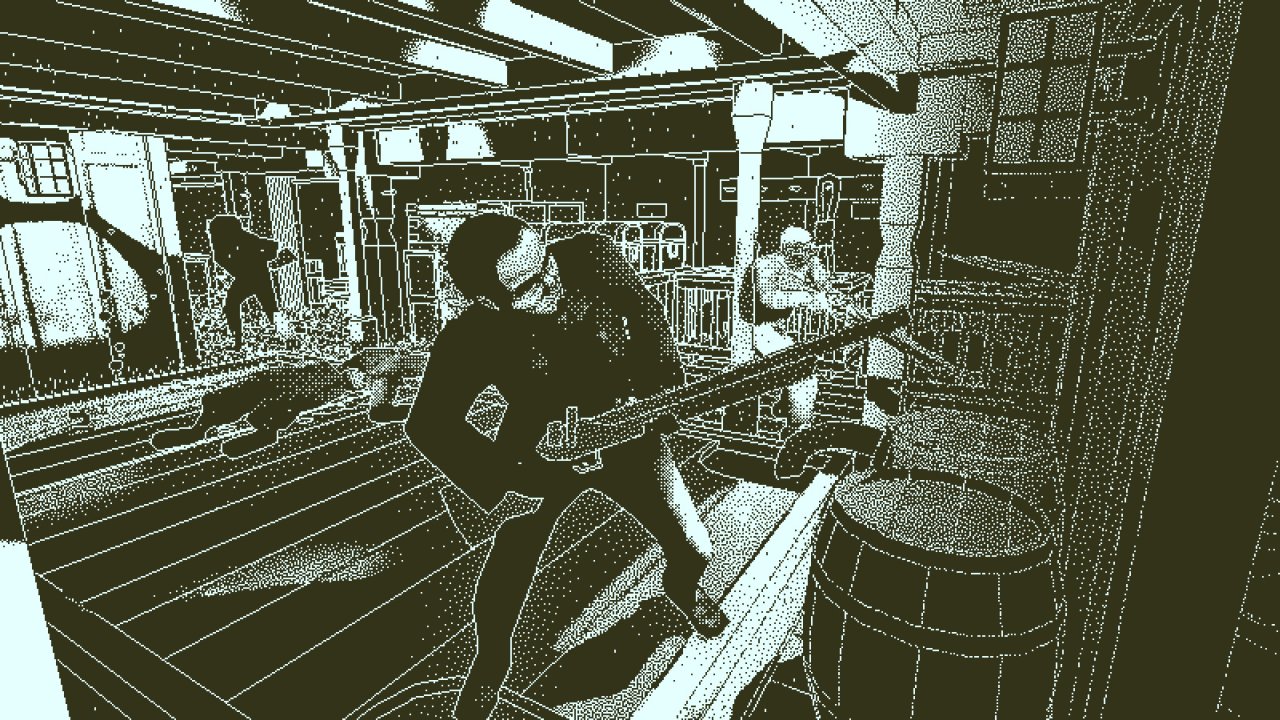 The problem with Obra Dinn is that while the setting is unique and the mechanics well suited to explore the concept, the characters (and thus the narrative) don’t stand out. The very nature of the game being built around the concept of the world’s weirdest insurance claim is that the player is rewarded for knowing names and events, but not for exploring what caused those characters to act and the events to happen. Obra Dinn loves to hint at love, betrayal, curses, and hubris, but it always seemed scared to explore the humanity of any situation too long - never lingering on the moment, always pushing you back to the logbook and forcing you to focus on the trivia of the situation. The game sometimes feels more like history homework than a tale of strange happenings at sea and it’s frustrating because you can see Pope walk right up to the line of putting actual, realized characters in his game, but constantly shy away from it.

In both Return of the Obra Dinn and his previous effort, Papers, Please, Pope has demonstrated that he has a keen sense of how to turn mundane mechanics into interesting ones by setting said mundane activities in an interesting scenario. In Papers, Please, you’re simply checking over immigration documentation and ticking boxes, but you’re doing so for an oppressive government in the midst of an incipient revolution. Now, in Return of the Obra Dinn, you’re an insurance adjuster, climbing aboard the titular ship to write a report so your employer can file a claim and recoup the money lost at sea, but the ship is... well, let’s just say the Obra Dinn had unique voyage and an absent crew.

You play the game by exploring the Obra Dinn, finding the remains of the crew, then using a magical pocket watch you receive at the beginning of the game to revisit the death of whoever’s corpse you find. During the death scene, audio and visual clues inform you as to the name of characters, how they died, and who killed them. Some of these clues are rather obvious, like a character’s name or an attacker caught red-handed. Oftentimes, the clues are more subtle. If someone mentions a brother, it might behoove you to check the crew log to see which two characters have the same last name. If someone’s nationality is mentioned, maybe you can narrow down the character by their birth country. What language are they speaking? Are they wearing an officer’s uniform? Do they have any marking on their body to give a hint? All of these things are important. 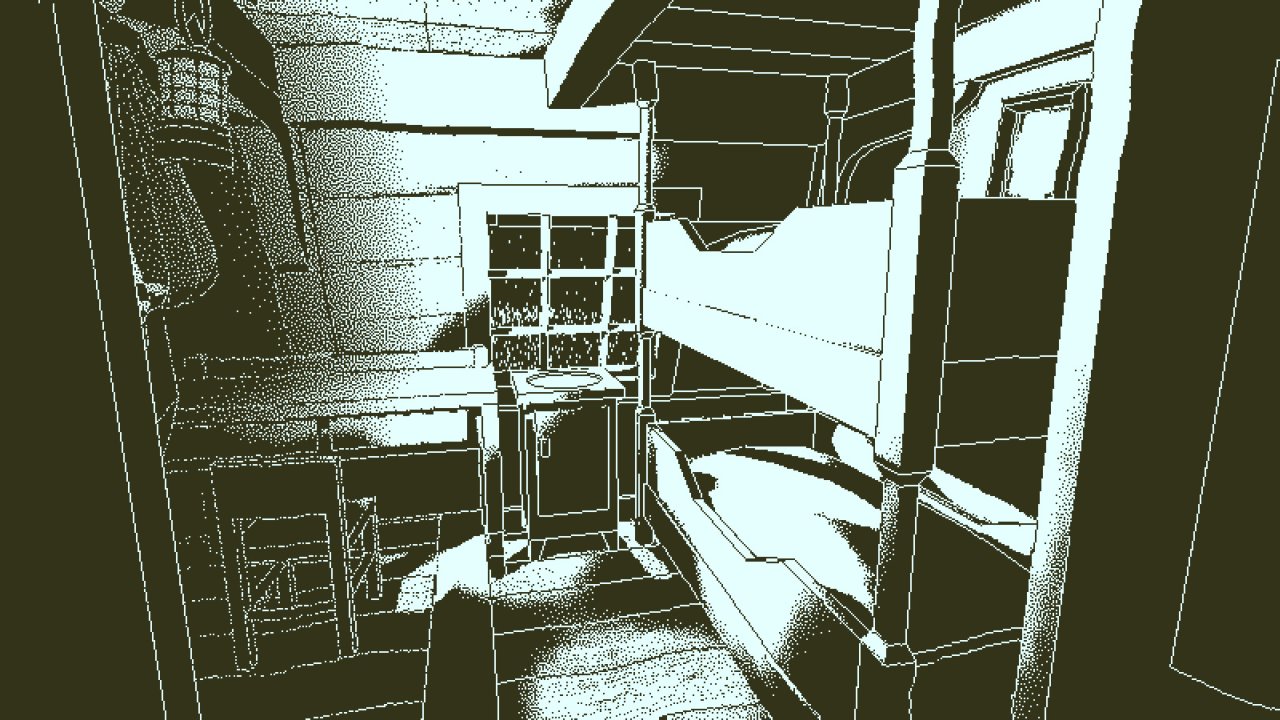 The best time to look for these clues is after the scene, in the twenty seconds you get to look around and explore a frozen moment in time when the character died; after that the ship’s logbook will automatically open and you’ll be asked about the main death sequence playing out. The variety of clues and the way they are laid out is quite creative. There’s a lot of critical thinking, a lot of time needed to examine the death scenes, and equal amounts of time needed to explore clues you might find in the book. When you finally get a name, you might want to page back through the book to try and jog your memory if that character was in any other scenes or if they committed any murders.

Once you’ve gotten three characters’ names and fates correctly logged, the game will pause and let you know, marking those three pages in the book as complete. And it’s a very rewarding moment, as there’s a real sense of accomplishment that only the most rigorous puzzles games can give you. You have to earn your wins in Return of the Obra Dinn, as it isn’t going to hold your hand and make things easy for you. This is the kind of game where you’re going to want to crack open a notebook and furiously scribble down anything you see so you have important information on-hand.

But this does lead to one of my quibbles with the gameplay. I found myself furiously scribbling notes because the game so often forces you along, instead of letting you take your time. Once your twenty seconds(-ish) with a scene are up and the book is forced open, you might not get to revisit that scene again until an entire chapter of the game is over. After you close the book, you’ll be forced to the next scene, and then the next, until the whole chapter is completed. It makes Return of the Obra Dinn feel clumsily paced at times as you’re pushed through a chapter when you’d rather tease out some of the mystery. Yes, you can go back and revisit a moment, but it can take a long time to get a break that allows you to go back. Nothing is more annoying than feeling an answer on the tip of your tongue, but having to table the revelation so you can watch another scene play out and have to scribble down more information. And the opposite can happen too. Sometimes a scene would play out and I’d know instantly the information I could use, and then have to wait out the timer until the book would come up and I could move on. It feels weird that Pope would wrestle control away from the player in such a mechanics-driven game. It’s almost as if you were playing an adventure game, saw the item you needed to solve a puzzle in the background, but then got stuck in cutscenes for five minutes.

Still, the core concept of what is here is brilliant. I loved the lightbulb moments when I found the right clue or came up with the name that filled out the backlog of questions I had. Obra Dinn is the rare game where information is presented on the screen, but much of the game is spent with you working outside of the game, teasing out ideas in your head, or paging through the notes to see if you can draw any connections. This is definitely a puzzle game for people who love to be stumped. 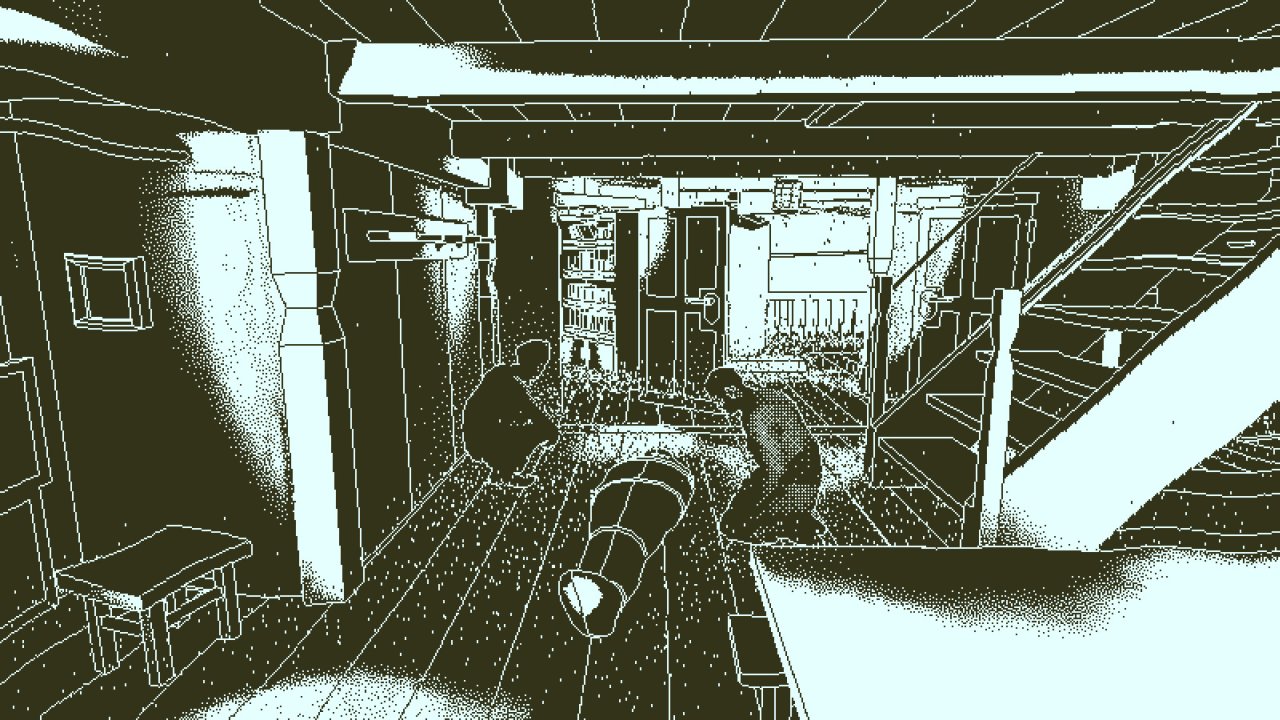 The narrative ostensibly tells the story of the titular ship on a voyage to Formosa with the royal family. As you explore, trying to connect faces to names, the scenes are used to reconstruct the game’s narrative. Sometimes this works rather well, telling the story of the Obra Dinn non-sequentially and dropping players into the middle of a scene that makes one wonder what the heck is going on - a good carrot to keep the player interested. The problem is that the scatter-shot attempt to give everyone on the Obra Dinn their own narrative moment robs any opportunity to get to know specific characters. We don’t witness any characters grow or build relationships, the voyage itself feels more like a series of random events than a well-plotted adventure. Perhaps the most damning aspect of Obra Dinn’s plot is that when a final, previously-concealed chapter is unveiled I was pretty underwhelmed.

The game is both helped and hurt by it monochromatic art style. The art feels like it was chosen by necessity rather than preference, and at times you can see Pope doubling over backward to try and add the details he needs in an aesthetic that doesn’t always allow for the minutia to be clear. And it’s impressive how much the game accomplishes with the limitations of the art rather than the art itself. You can pick out explosions, stabbings, strangulation, bits of clothing, and other small details even though the limited color palette can be a hindrance. There are also a couple of moments that look truly alien thanks to the strange style, with fascinating streaks of lightning and terrifying horrors that are the things of nightmares. Much of the action in the game is presented in single frames in which the player can move around in, and so much work has gone into each one, you have to be impressed with the effort. Still, it’s hard to think that the aesthetic works in favor of the game, instead of thinking that it’s impressive how much the game works despite the aesthetic.

The game is technically solid. You can exit at any time and your progress will be saved to the exact spot. I noticed one hiccup as a corpse was materializing, but for the most part, there is little complain about. It’s clear that the game is constantly loading things in, but it hides it fairly well as you follow around a spectral trail to find your new corpse and next clue. It’s a nice way to keep things moving.

Return of the Obra Dinn is a solid piece of work, mechanically. The way the clues are given, the satisfaction one feels after piecing everything together - it’s really smart. But as you start to dig beyond the mechanics and gameplay and start to root around for something deeper to connect with, the experience gets a little shallow. When you finally have figured out a good mystery, you hope that the story you’ve discovered is one that’s worth retelling again and again, but that’s not the case here. The pacing is weird and the characters feel lifeless. Pope has proven that he’s smart, he’s proven he’s creative, but he’s yet to prove that he can apply those traits to the heroes of his games.

Our ratings for Return of the Obra Dinn on PC out of 100 (Ratings FAQ)
Presentation
70
What Pope does with the monochrome aesthetic is very impressive, but it feels like he overcomes the choice rather than proves its merit.
Gameplay
83
Return of the Obra Dinn is not for the faint of heart, but it’s rewarding to piece together the clues and rewarding to fill out the logbook.
Single Player
63
While the puzzles are fun, when you strip them away, Obra Dinn feels like a game that’s about ledgers and facts rather than people and moments.
Multiplayer
NR
None
Performance
(Show PC Specs)
CPU: Intel Core i5-3570K
GPU: Nvidia GeForce GTX 660
RAM: 8GB
OS: Windows 10 Home 64 bit

85
Aside from one minor hitch during a loading sequence, the game runs really well and it’s impressive that when you quit, it loads you back to exactly where you were.
Overall
74
It's easy to respect something like Return of the Obra Dinn. Puzzling together clues from each death scene is tricky and rewarding, but the motivation for doing so is lacking. There's no one to care about on the ship, no reason to uncover the mystery other than to prove you've done it, and it holds the game back from being exceptional.

Return of the Obra Dinn 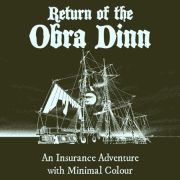