Against the reasonable reception of the Portal-esque The Turing Test, and spooky point-and-click Goetia, it’s promising to see the Square Enix Collective still going strong in its third year backing indie projects. Alongside World War Machine and Moon Hunters, Black The Fall was amongst the first titles funded through the publisher’s initiative, and after three years in development, the game is now fully playable - and it’s decidedly familiar. Drawing liberally from the eerily admired Limbo, it isn’t difficult to see why Sand Sailor Studio was voted up. But though its influences aren’t exactly hidden, Black The Fall handles them fairly well, attempting to use their disquieting atmospheres to forge its own unsettling journey. 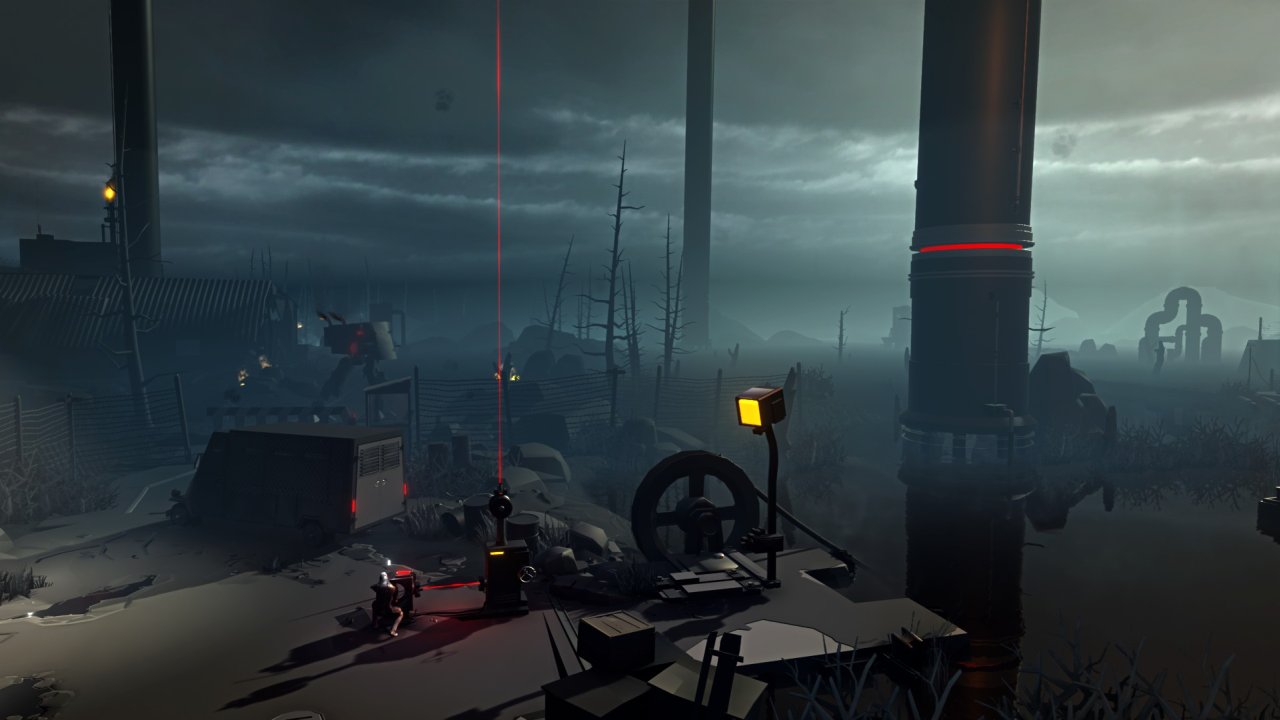 Like Inside, Black The Fall takes place in a shadowy, dystopian society, in which the average Joe has been rounded up and put to work in an unsleeping factory. Apparently, the trapper-capped fellow you control is one of the more conscious workers in the plant, as he quickly finds opportunity to escape the dronish everwork. The rest of the game is devoted to pursuing freedom, with left-to-right scrolling and visually-oriented puzzles forming most of the overall structure.

Where ambiguity lent Inside an almost constant sense of suspense, Black The Fall flirts more with satire and the grim society it presents. Scarlet Communist insignia glint forebodingly in the factory twilight, while hanging portraits of Stalin scrutinize your every move. All the while, a simple, red-black color scheme gives this Orwellian dystopia a moody, Sin City look. Consequently, despite its comparable angst, the game’s automated prisonscape feels just distinctive enough to avoid feeling clonish.

And it’s truly a relief that it does, because in terms of actual gameplay, the adventure is rather quite good. Like Inside, controls are minimal, with simple movement and single interactions forming the meat of the gameplay. You can also jump, sprint and crouch, which quickly become instinctual thanks to Black The Fall’s dedication to re-familiarizing players with the setup using a mixture of different obstacles. As you’re attempting to escape factory regime, you’ll need to avoid being spotted, which generally makes rushing into areas full-throttle a poor idea. Floors are often patrolled by factory workers or CCTV bots, who’ll (quite terrifyingly, might I add) quickly gun you down should they spot you. Thus, many levels see the player scurrying between shadows, triggering timely distractions, and bolting toward exits just before bullets rain. 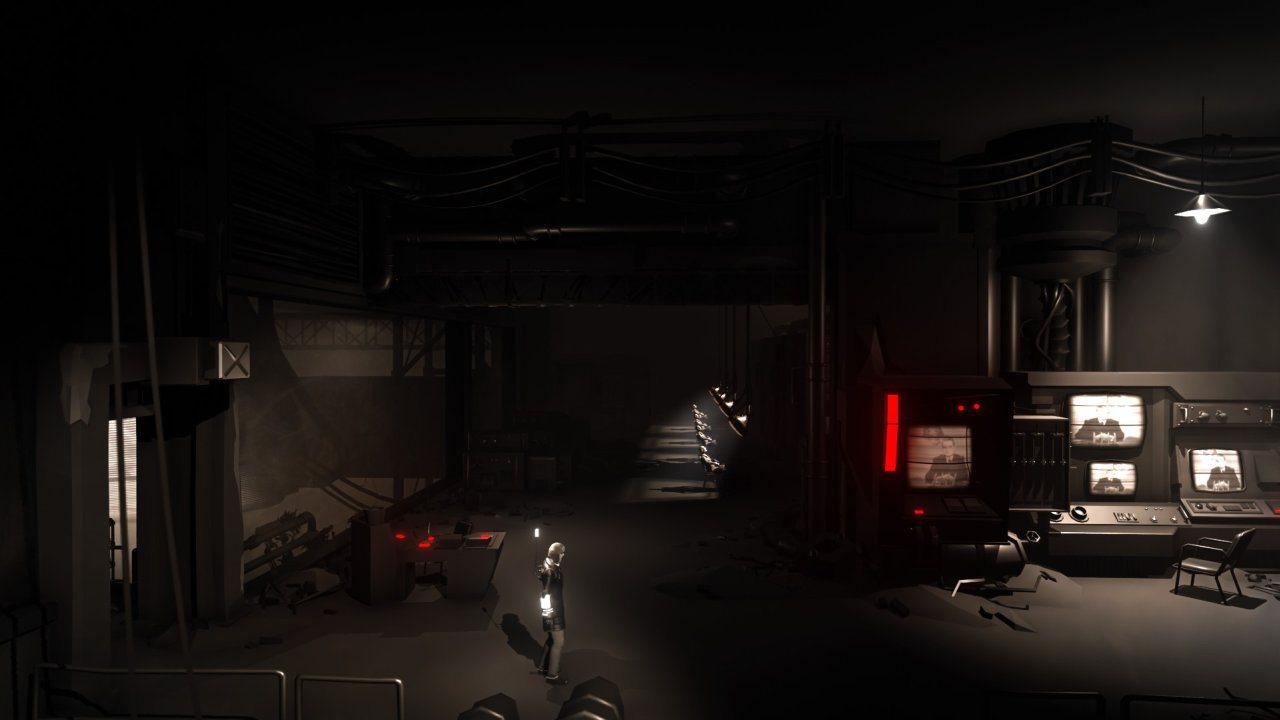 The defining mechanic, however, is the fact you’re not only part-drone, but - apparently - part-droid. Just like all the other factory drones, your trapper-capped hero has an aerial lodged between his shoulder blades, allowing him to interact with various machines via a laser pointer. While early stages permit simple actions (like using the pointer to power various components), others become more intricate, enabling you to manipulate workers and robots to aid your escape. Due to the one-hit-kill system, you’ll likely need to plan these things before entering floors fully, or experiment with different moves to see how much you can get away with. In some ways, Black The Fall reminds of the early Oddworld titles, with trial-and-error and planning becoming important progression tools. Releasing pressure valves to sabotage automated rifles certainly summoned memories of booby-trapping enemies in Abe’s Oddysee – albeit in a way that prioritized atmosphere and tension over challenge. Every so often, the gaps in the rafters show: controls can be sticky or slightly delayed during pacier moments, leading the protagonist to halt momentarily in front of ledges. This can make simple manoeuvres feel fuddly and underpolished, but it’s thankfully mild enough to keep stages navigable with a bit of extra planning. It also helps that Black The Fall is much more forgiving than Oddysee, saving almost continually to ensure deaths never send you more than a few pigeon steps back.

Some puzzles (particularly those later on) can be challenging, but never veer so far into obscurity as to halt progress for very long. Even where experimenting with moves is less of an option (such as during timed sequences), you can work out everything you need to do from visual cues. Almost every screen you encounter includes some poster or other mouthing a general solution; something that leaves little room for segments to stale and atmosphere to decline. This is something that might aggravate if you love a good brainteaser, but as with Limbo and Inside, much of Black The Fall’s appeal lies in its grim sense of character, with some time-based sequences emphasizing the prison-escape narrative with nail biting thrill.

While there are few platformers for me today that match the sense of achievement overlaying Abe’s Oddysee, I can’t deny a lot of that achievement was founded upon hours of repeating the same actions, so the fact that Black The Fall merely teases that skittish edge within a more straightforward adventure game might prove attractive if you want a similar plot, without the vein-popping frustration. As a result, the story flows pretty consistently from start to finish - and it’s easily completed within two hours. 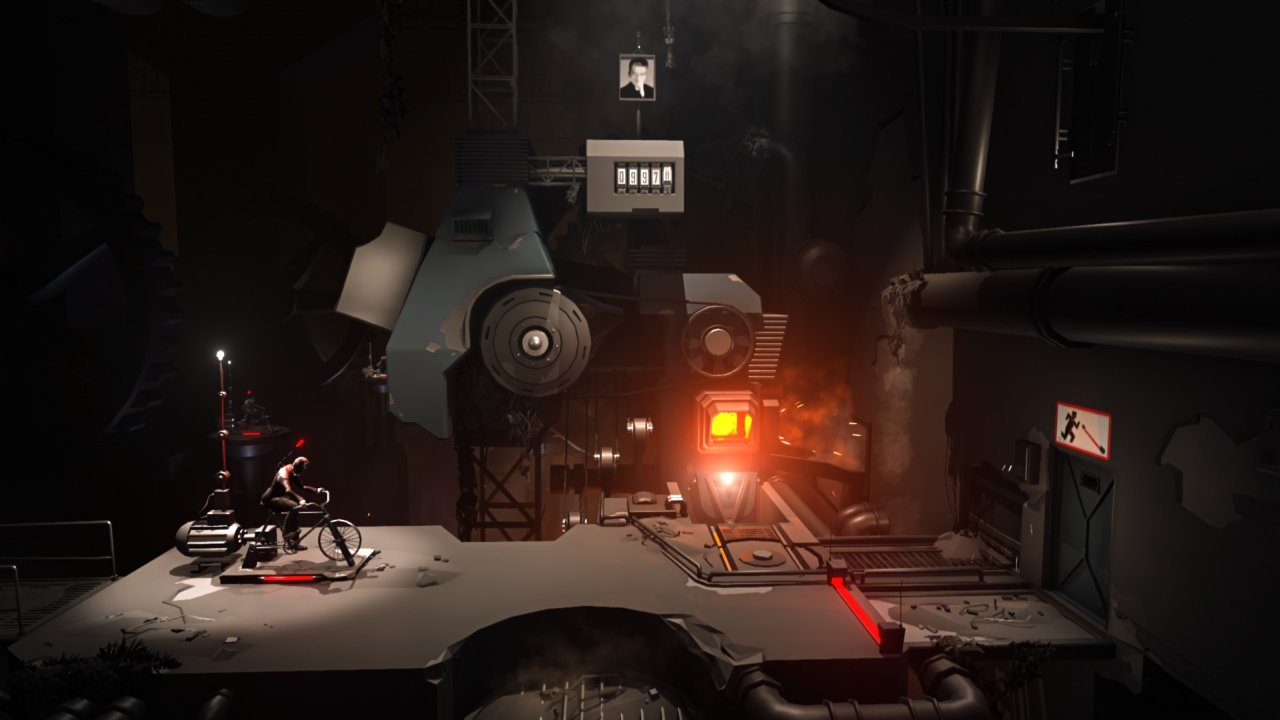 Reassuringly, there are isolated moments within Black The Fall that to do well to distance it from its role models. Several moments, for example, make inventive use of binaural audio, requiring use of headphones to guide the protagonist through a pitch-dark boiler room. Elsewhere, sound is kept decidedly undramatic (save for the occasional blare of propagandist anthems to fun-up the daily slog), instead leaving a minimalist, synthetic soundtrack to lend even transition segments an ambient tension.

Black The Fall takes an enjoyable plunge into the depths of Communist dystopia, but claiming it achieves the narrative tension and oddity permeating Inside or Limbo is something of a stretch. Instead, it finds suspense elsewhere, using well-guided puzzles and swift platforming sequences as a mildly-challenging springboard to raise its haunting, semi-political themes.

Our ratings for Black The Fall on PC out of 100 (Ratings FAQ)
Presentation
78
Some of the fire animations look a little tacky against the stylish, red-black palette, but the game’s depressingly beshadowed realm is unsettling in ways intriguingly similar to Inside and Limbo.
Gameplay
73
The simple, left-to-right progression and visual puzzles summon memories of Limbo, with other segments nudging Oddworld in terms of pacy platforming and NPC communication. However, puzzles feel far less challenging here, with generous save points allowing more room for experimentation during trial-and-error puzzle segments.
Single Player
74
Combining Oddworld’s perilous, prison-escape structure, with the angsty dystopia of Inside, Black makes effective use of semi-political topics to keep its sci-fi narrative discrete.
Multiplayer
NR
None
Performance
(Show PC Specs)
CPU: Intel Core i7-4710HQ @ 2.5ghz
GPU: Nvidia GeForce GTX 860M
RAM: 8GB
OS: Windows 10 64 bit

80
The most noticeable slowdowns occur during moments involving fire, explosions or sudden movement, but for the most part gameplay remains uninterrupted, while inventive sound choices can render even simpler puzzles tense.
Overall
76
While most players will likely see where its influences lay, the dystopian world of Black The Fall succeeds on many occasions in creating a distinctly disquieting atmosphere, while a trial-and-error-based puzzle design offers just enough interactivity to keep its spooky narrative kicking. 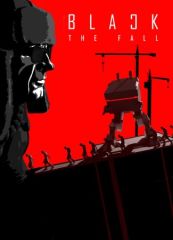 All videos for Black The Fall (1)
Advertisement ▼