Classic shooter is remade once again, this time with VR support

If you want to introduce gamers to VR, there are few better ways than throw them into a mind-bending, fast paced action game with trippy visuals. To keep it from being overwhelming, making it an on-rails shooter is beneficial. Such is the basic setup for Rez Infinite, making its PS4 and PS VR debut as a launch title. This is a remastered version of the game some readers may recall, from way back in the early 2000's simply called Rez. It was already updated once to Rez HD back in 2008, but now the game hopes to captivate new audiences, this time with the help of VR and a gameplay formula that has stood the test of time. 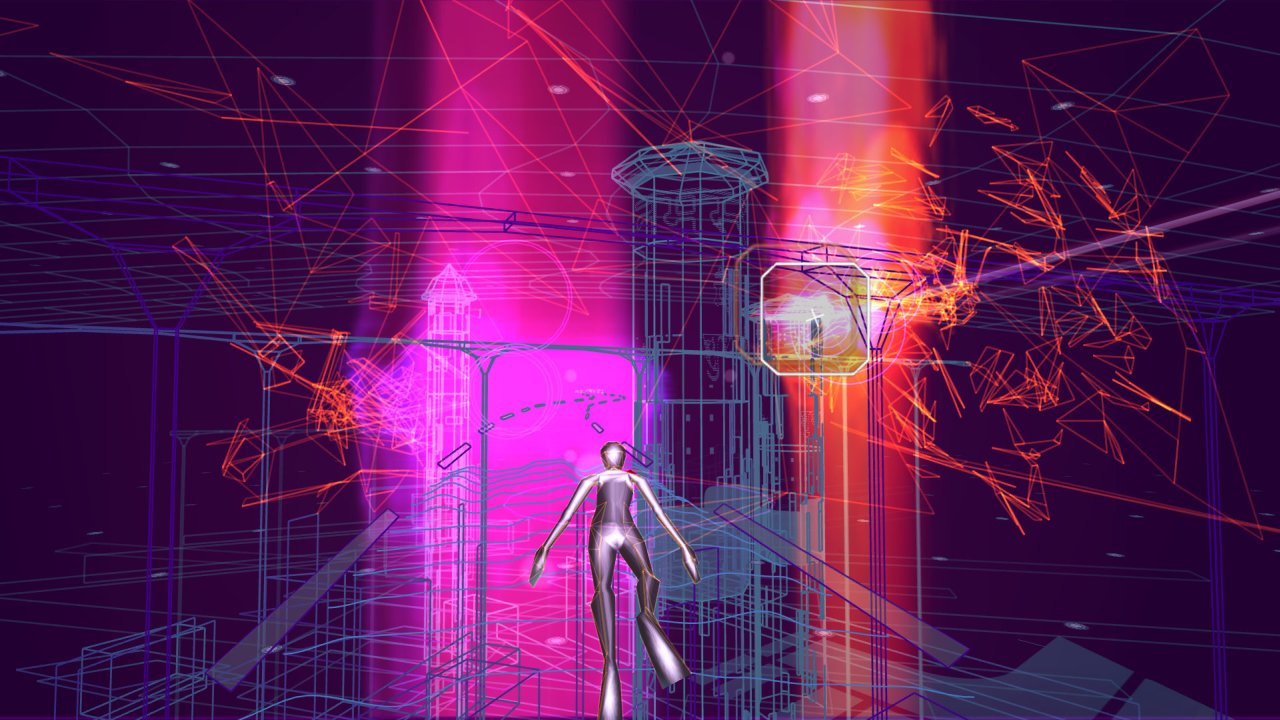 Players assume the role of an entity that travels through a series of computer systems and subsystems, destroying viruses and trying to reach another being. The story elements are light, and completely non essential - there is some text hidden away in the tutorial screens, and the game features no dialog. Rez Infinite is a rail shooter, and the basics are simple enough - you float along through the linear level, while controlling a reticule. Hold down X when aiming at an enemy, and you'll lock on; release X to fire. The gist of the experience is to destroy as many foes as possible, using this basic mechanic. You can lock on up to 8 enemies at a time, which adds a slight strategic element. At times however, the game becomes almost a Bullet Hell, so I've found it to be the safest and easiest option is to spam X regardless of how many lock-ons you have, and rapidly move the reticule around the screen. This will all sound familiar to those who may have missed Rez and Rez HD but played the spiritual sequel, Child Of Eden.

To keep things interesting, there are two more mechanics involved. First is the evolution gauge - players will encounter blue orbs that are dropped by enemies, and must shoot at them to pick them up. Essentially, this acts as the game's health meter. There are a number of evolution stages each time you fill the bar, which changes how your avatar looks but has no actual effect on the proceedings. If you get hit, you'll lose your evolution stages, and if you drop back to your primitive form, it's game over. The game keeps track of your evolution through the game's main campaign, so if you back out of the campaign screen, you will need to start from a default stage. On the other hand, this helps as you can go back to previous levels and fill out your evolution meter. The other gauge is used for the Overdrive ability; similarly, you collect red orbs to fill out this meter. Activating Overdrive automatically wipes all enemies on screen for a few moments, letting you take a breather.

There are five levels in the game's campaign, the first four being rather brief, while the last one takes a bit longer. Still, the whole game can be beaten in under an hour and is certainly geared for replay value. Each level culminates with a unique, multi stage boss encounter, and they are quite fun if you're playing through the game for the first time. Once completed, players can go back and play through the levels again in hopes of grabbing all orbs or achieving perfect virus destruction. Beating the campaign also unlocks the ability to play through the whole thing in travelling mode (where you cannot die), and score attack mode. There are no leaderboards, which seems odd for any modern release focused on replayability and high scores. Further, players also unlock the Beyond menu after the campaign, which contains a few unique experiences that are unlocked after you've mastered the main levels and/or played the game long enough. Here you'll find modes like Direct Assault, Lost Area, Trance Mission, and Boss Rush. Other unlocks include different camera views, avatar forms, or beam types. 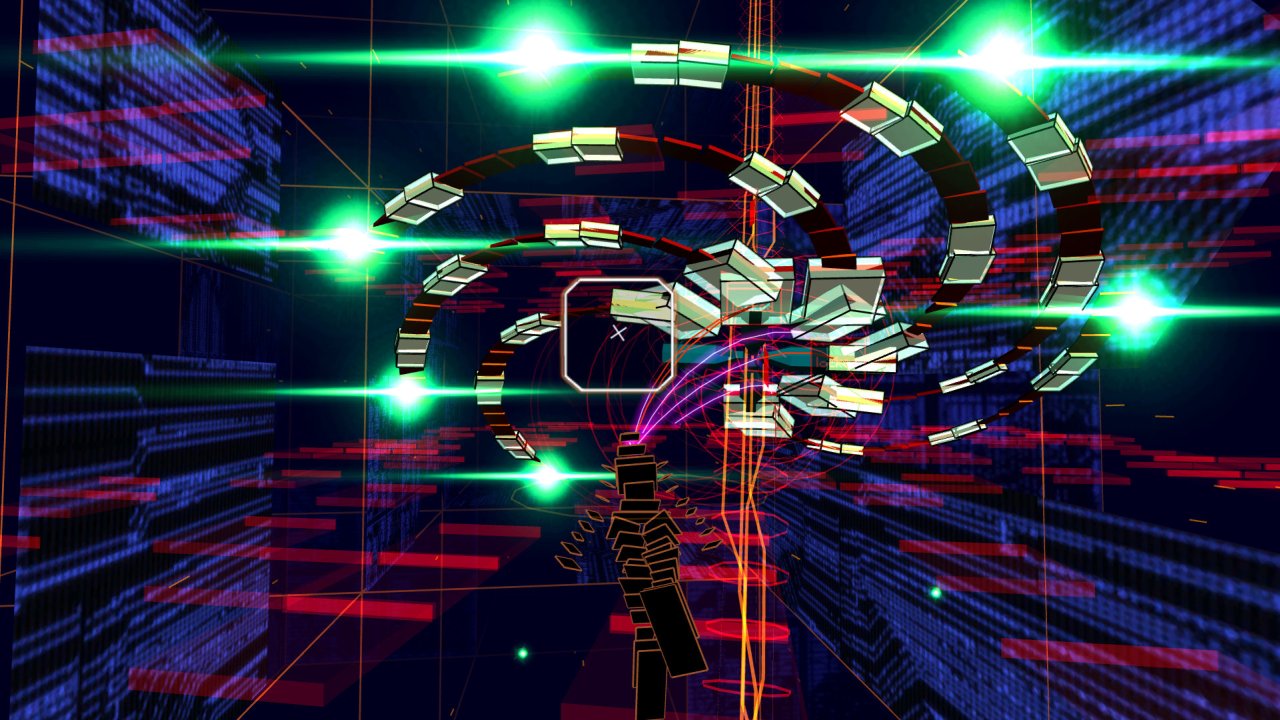 While technically Rez Infinite looks good, featuring 1080p resolution and 60fps, the game's visual design does look a bit dated. It looks crisp and clean, but the design of some enemies, and some of the animations give away the original game's age, and you can tell you're playing something that was born in an early 2000's PS2 era. It's been polished, for sure, but the heart is still in it - which nostalgic fans will appreciate. Much more timeless is the game's soundtrack, which features a series of very original techno tracks, with the environments often changing to the beat of the music. Anytime you shoot foes, there are additional sounds as well, helping fill out the soundscape. The game supports 3D audio via PS VR, and 7.1 surround sound to boot.

Last, but most definitely not least, is a level called Area X. This brand new level for Rez Infinite was clearly created from scratch, as it stands out compared to the rest of the game. In Area X, the action mechanics remain the same, however rather than being on-rails you are freely floating and able to control your direction and forwards/backwards movement. The reticule gains a radar-like feature to help you orient the camera towards foes in a series of medium sized open environments. It's a decidedly more modern experience than the rest of the game, and this is further highlighted by a completely revamped visual style. Unlike the main game, Area X visuals get away from the wireframe look and are instead based around particle effects and a variety of glowing colors, making it feel very modern. There's also a nice techno track with some backing vocals that also sounds more in tune with what you might hear in the present day. While the majority of Rez Infinite is a straightforward HD remake of the original game, Area X almost makes the title feel like it has something entirely new to offer. Unfortunately, like the rest, the Area X level is a brief one.

Despite being a PS VR launch title, Rez Infinite does not require the headset and can be played just fine with a DualShock 4 on a regular screen. The game maintains its basic appeal just fine without any VR. But if you do have VR, it's certainly a basic but highly functional showcase of the technology. There are multiple control options depending on how much immersion you want; you can keep using the DS4 in VR or switch to a PS Move controller to control your reticule. You can also control it by simply moving your head around. Playing in VR is definitely more immersive, especially in later levels where enemies can come from all directions. The PS VR headset tracked without any issues, even if you turn all the way around. In Area X, things get a bit more hectic as you have free control of direction, and it can be a little bit disorienting to float around; but never severely. And while yes, Area X still looks quite great in VR, the visuals are not as crisp - something you won't notice in the classic levels, but playing Area X in VR doesn't do the visuals justice. Sure, you're more immersed, but to see the full graphical potential, it's recommended to play this level on a TV. 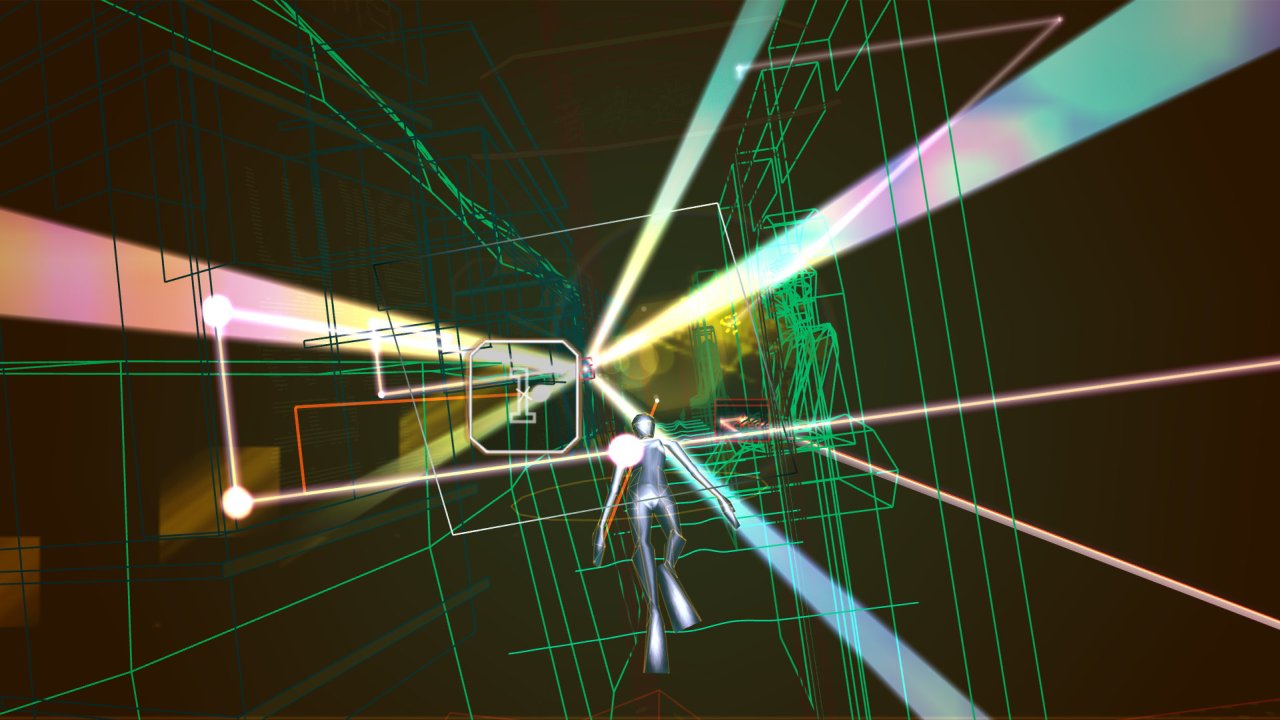 Rez Infinite is a worthwhile showcase for what PS VR is capable of as an abstract audio-visual experience. The on-rails gameplay remains enjoyable despite its age, and the campaign, along with other extra modes, round out the experience. The visuals look alright and the unique soundtrack is timeless. The addition of the cool Area X level helps the game offer something new for those what haven't returned to the title in a while. It's a game worth picking up if you plan to use it with PlayStation VR. However, those with just a regular TV will probably scoff at the $30 cost of entry, unless you feel that a bump in resolution and an extra level justifies doubling the price over Rez HD.

Our ratings for Rez Infinite on PlayStation 4 out of 100 (Ratings FAQ)
Presentation
75
The game's resolution has been kicked up to 1080p, but the visual design shows its age - which some nostalgic fans may appreciate. Area X looks fantastic in regular TV mode. The techno soundtrack is good.
Gameplay
75
A straightforward on-rails shooter that still works just as well today as it did many years ago.
Single Player
55
There's certainly not as much to do in Rez Infinite as one would hope for a $30 title. The campaign is brief and lack of leaderboards makes going for perfect scores feel meaningless.
Multiplayer
NR
Performance
90
No issues, whether you're playing on a normal TV or using PS VR. The motion tracking is precise and had no problems.
Overall
70
Rez Infinite shows that the original gameplay still stands the test of time, now with added VR support and the cool Area X level. The asking price feels a bit high however, especially if you don't plan to use VR or already have Rez HD. 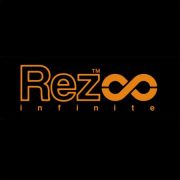 All videos for Rez Infinite (1)
Advertisement ▼