A well balanced campaign and entertaining multiplayer component makes Killzone 2 one of the better shooters of 2009.

Killzone 2 is a solid first person shooter on the PS3 implementing a number of successes across the brief story and multiplayer experience. It doesn’t try hard to do things differently from other shooters but it still manages to forge its own path. It offers a solid campaign without repetition or difficulty imbalances and the multiplayer is easy to pick up and plays very smoothly. The game tells the story of the ISA assaulting the Helghast home planet. The Helghast and ISA have been at war before with the invasion of an ISA colony in Killzone 1.
The Helghast are a race human like foes that seem to thrive on the very existence of War and will do anything to seal victory. Although not having played the original game some key characters do return. This time however you take up the roll of Sergeant Tomas "Sev" Sevchenko who, like most of the other characters, is hard to really care about. The AI during the campaign is effective, at least from the enemy Helghast who will move back and forward in an aggressive fashion. There are some peculiar aspects to the friendly AI who have a tendency to get lost or run into enemy fire. There is a decent balance of co-operative and solo sections during the story with a good mix of weapons and even some vehicles. The game does lack some final polish but most of it is fairly well put together. 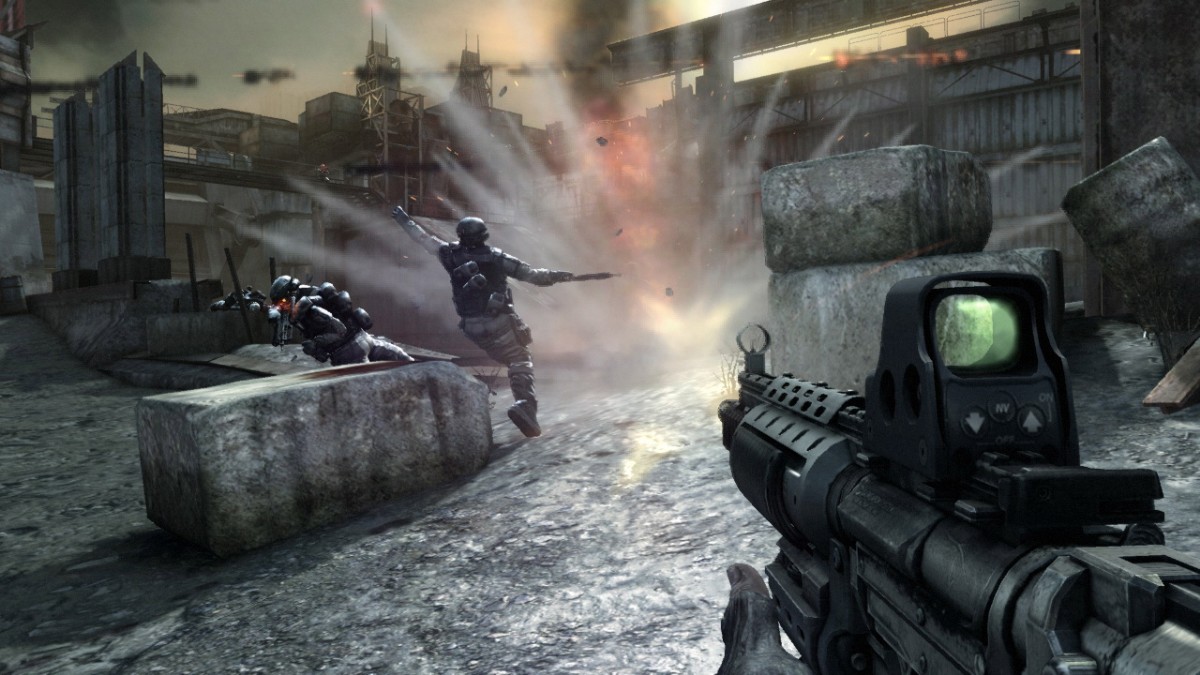 Dust effects are good but occasionally overused
The Single player isn’t incredibly long so you’ll travel through it in less than half a dozen hours on normal difficulty. None of it feels like you are replaying segments or repeating boring tasks because the game keeps you moving a brisk pace. The game will continue to flow and give you small objectives such as taking out a series of Mortars, capturing the Vasari Square and defending a friendly Cruiser from attacks. These objectives are tackled solo or with some of your squad members. The game is set on the Helghan planet which features a lot of dust and wind and some wasteland looking landscapes. At times the wind and dust effects can get a little too overbearing blocking out your vision but overall it creates a pretty good atmosphere. You are able to use first person cover, crouching behind objects you can peak out from behind and engage. This cover is fairly well done although I died a lot while going into cover because it doesn’t instantly protect you like other cover games. It’s essential in some sections to use cover because of the enemy numbers and their heavy weapons.
The single player is split between some co-operative sections with your squad buddies and some single player elements. There is a good balance of both although the co-operative AI can leave a little to the imagination. Early on my Buddy “Garza” had the affinity for machine gun fire and would stand in front of it while I would need to resurrect him a few times with my defibrillator device. Luckily they don’t die and you have unlimited time to rescue them but crossing enemy fire to rescue them isn’t good for your health. Not only do they sometimes walk into weapons fire but they seem to get lost. This means often falling far behind or running too far ahead that you lose track of your team orientated destination. Luckily the game will show you the way to your next objective if you get lost with a quick press of up on the d-pad.
The enemies don’t seem to have quite as obvious flaws and they use cover fairly well and will peak out from behind it. They can be fairly aggressive running up to you and trying to melee you with a knife. If you are reloading or moving back to find cover they will push up towards you because they know you are vulnerable. Likewise if you push up behind them, they won’t stand still, they will try to run away finding another position of appropriate cover. The downside is that your Field of View is quite restricted so there might be a few occasions where enemies will be just off screen a few metres ahead of you and this also makes melee attacks feel rather restricted.
123Next 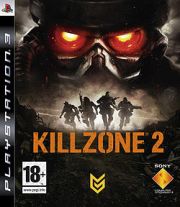 All videos for Killzone 2 (1)
Advertisement ▼