The spinoff trilogy concludes on a disappointing note

It’s hard to say much more about Assassin’s Creed Chronicles that wasn’t said in my reviews of AC Chronicles: China and AC Chronicles: India. At this point, the best thing to remark upon is how the Chronicles spinoff has interestingly paralleled the series on the whole; it lacks the high points and rejuvenation of games like Black Flag, but the issues which have plagued the franchise and resulted in a hiatus for 2015 are condensed into this three-part trilogy. If you haven't caught on, the final entry Assassin’s Creed Chronicles: Russia simply shows off how bad the series has gotten. 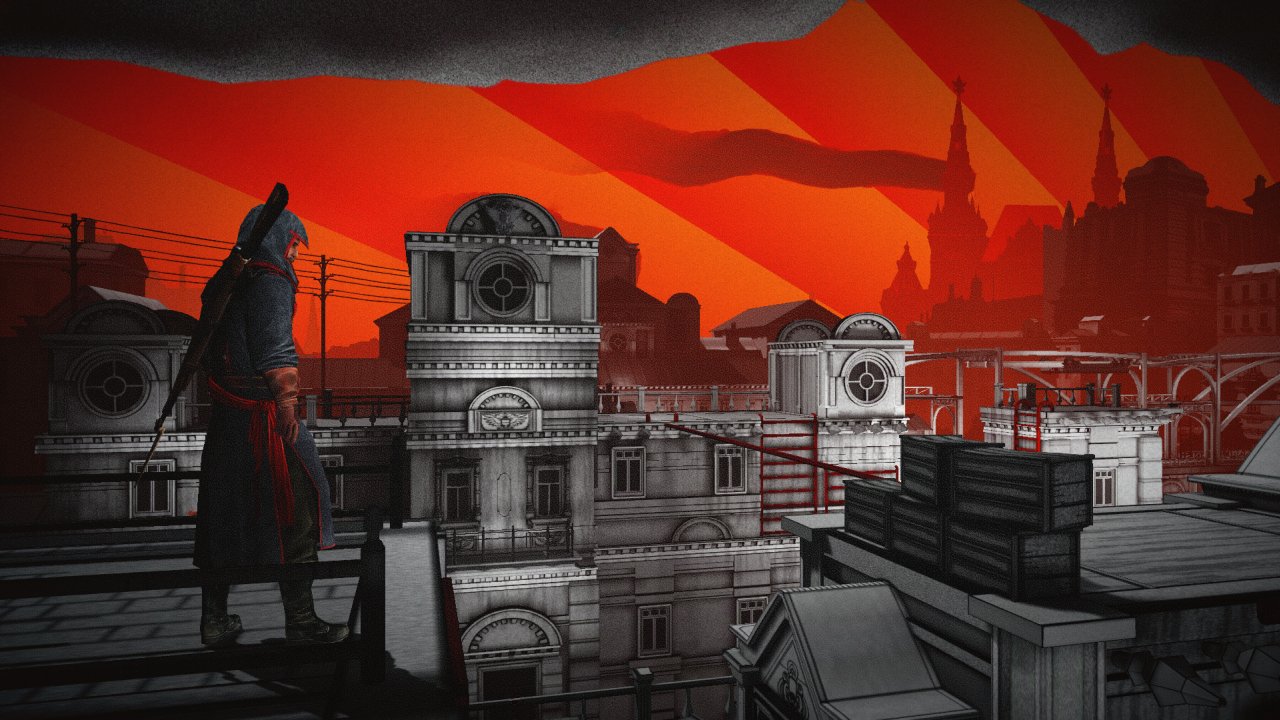 While it remains a toss-up between which is worse, Russia or India, the finale feels like salt in the wounds, a victory lap of mediocrity that comes at the end of a disappointing race. There are bad games - games that are train wrecks from the start and never offer any hope of being anything more than awful. But Assassin’s Creed Chronicles is frustratingly bad because you can see that there might have been an opportunity for these games to be good - or at the very least, passable - but the effort feels rushed, resulting in many issues that overlap each other so that even when you try to look past the flaws, another handful immediately jump in your face.

Much like India, ACC Russia’s biggest issue stems from poor design. The game sees itself as a challenging platformer channeling the design of titles like Mark of the Ninja. But whereas Mark of Ninja succeeded in creating a strong set of rules that players had to navigate in order to complete their objectives (stay out of vision cones, don’t make noise around dogs), ACC Russia flippantly disregards its own mechanics. Sometimes dangling from the rafters will put you in a guard's line of sight, sometimes it won’t; stepping into a guard’s circle attracts their attention, then occasionally it doesn’t. These inconsistencies are so prevalent, it’s almost assumed that they will cause at least one fail-state in between each save point.

These issues are made worse by the fact that Chronicles isn’t so much interested in challenging the players as they are in tricking the player. Unless you want to spend minutes lurking behind hiding places, scouting out the area, the erratic behavior of the numerous guards is likely to end up in a few failures. It’s almost impossible to predict when a guard will turn their head to catch you sneaking up behind them, or if luring them to a certain point will work. Sometimes guards don’t operate on a predictable routine, but their behavior is actually triggered by your actions. Meaning there’s no way you could have known a guard would pop out of an inconvenient door until you’ve already been foiled by them once. Their unpredictable behavior means players are forced to engage in trial and error until they can learn how each set of guards behave and how they can manipulate the environment to their advantage. This type of challenge could be interesting if it wasn’t coupled with the inconsistent rules. Not only is the game’s poor design causing you to replay segments over and over, but that’s the game’s intention from the beginning, padding out the shot playtime by having players repeat sections over and over until they’ve got them mastered. 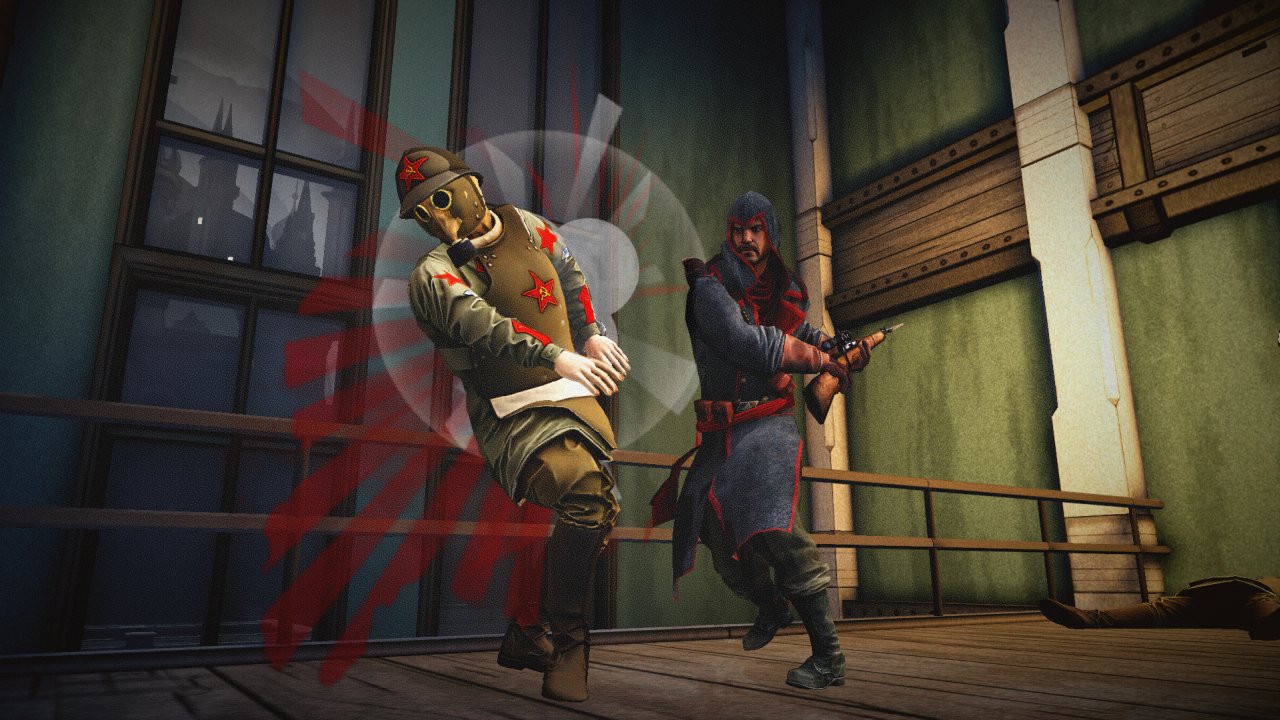 And I mean mastered. There are multiple segments throughout the game that require precise timing and execution. Not only do you have to nail every jump and deftly guide the character past each obstacle to avoid failure, you have to efficiently use each second or you’ll still be too slow. This means that instead of climbing you should be jumping up ladders, instead of hurdling obstacles you should time your jumps so you clear them completely. This demand of perfection feels out of touch with the greater universe of Assassin’s Creed. Sometimes the joy of the games comes from messing things up and using the tools of your arsenal to get yourself out of a jam, but Chronicles deals away with that notion.

My health bar never grew past one during my time with ACC Russia, meaning that anytime I was discovered, I either had to perfectly execute my way through combat or die and start over. Health power-ups are tied to your performance in select missions; in fact there are only a couple that provide the HP boost. Simply finishing these missions was a relief - going back and playing the poorly designed, inconsistent levels just to earn a health power-up wasn’t enticing. If you’re wondering how terrible I am at this game to never earn a health power-up, remember I beat and reviewed the previous two entries in the franchise, so let that speak for my level of skill. If Climax Studios was hoping that players would be repeating levels with the intention of beefing up their characters before moving on to the next level, the levels should be crafted for maximum replayability, encouraging players to give it another go, not leaving them thanking their lucky stars they got through that last disaster.

The power-ups in general aren’t very well communicated. When I earned the mult-kill stealth attack - keep this in mind, I earned this before getting a health increase - I didn’t even realize I had it until I accidentally executed it two unsuspecting enemies. In ACC China and occasionally in ACC India, these power-ups are well communicated so you always know the full arsenal you’re playing with. 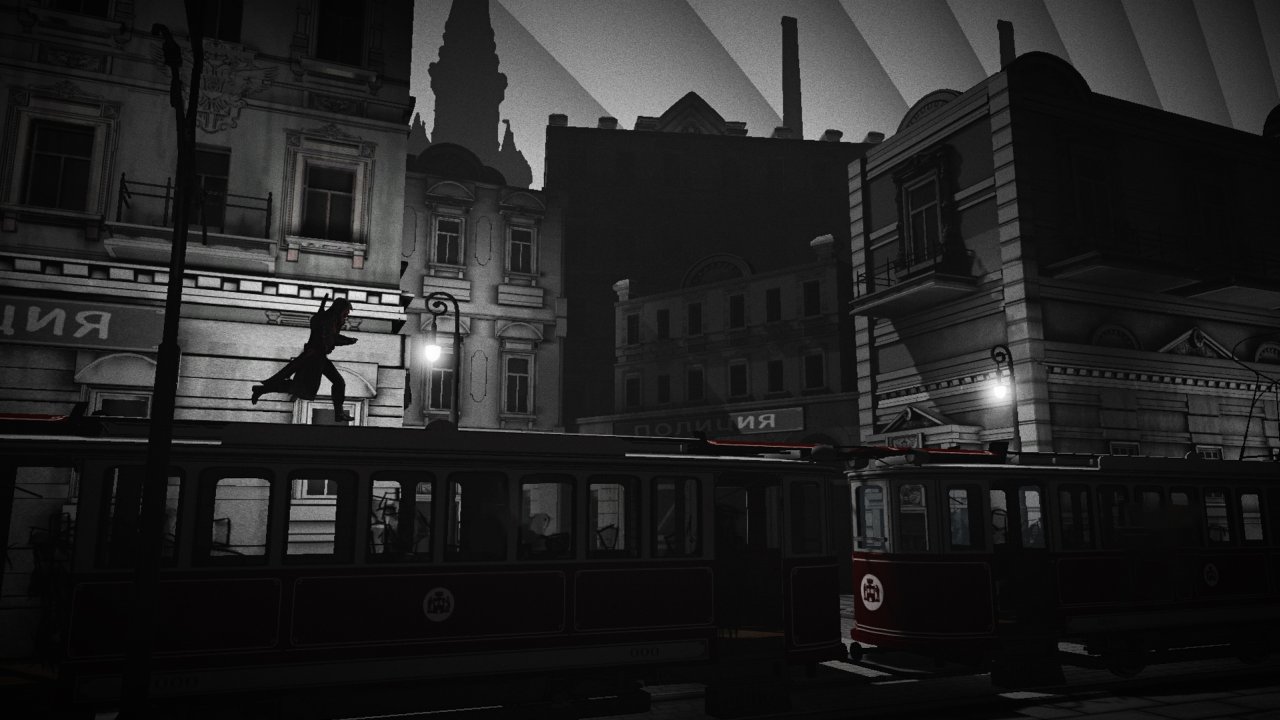 This demand for perfection is subverted by another flaw of Assassin’s Creed Chronicles: Russia. The controls are as a sticky as most other Assassin’s Creed games. There were numerous times I tried to climb ladders, assassinate guards, and sneak under obstacles only to have the controls betray me and find myself failing yet again. If a game is going to have such high demand of the players and require such precision, it should empower you with near-perfect command of the character and this title fails at that completely. Again, it leads to plenty of failures and deaths and many that aren’t your fault. Add in the fact that Chronicles is intentionally tricking you to pad out the campaign length, and failing to play by its own established rules, which means you’ll find yourself repeating each segment a half dozen times before moving on to the next. These repeated failures bog the game down and instead of feeling challenging and engaging, they become droll and uninteresting.

As if ACC Russia didn’t have enough problems it now indulges in sniper sequences that feel like they are worthy of a bargain mobile game. Desperate for a way to get players doing something other than navigating their way through the poor level design, the game leans into the sniper mechanic initially trotted out in India. These segments are terribly boring as you basically guide your reticule around the screen to hit a button on stationary targets. In a world where these sequences already feel archaic, ACC Russia offers them up in their laziest iteration.

All of this is used to push along a story that is a little more fleshed out that the two previous Assassin’s Creed Chronicles entries. As an aging Assassin Nikolai Orelov looking for a final job, you stumble across the infamous Anastasia, the daughter of the royal family who was the lone body unaccounted for when the royal family was murdered during the Bolshevik revolution. Anastasia’s family is protecting a Precursor artifact that rekindles the spirit of the first Assassin’s Creed Chronicles protagonist, Shao Lin, in the body of Anastasia. Orelov guides Anastasia to Moscow where he hopes the brotherhood will protect her. 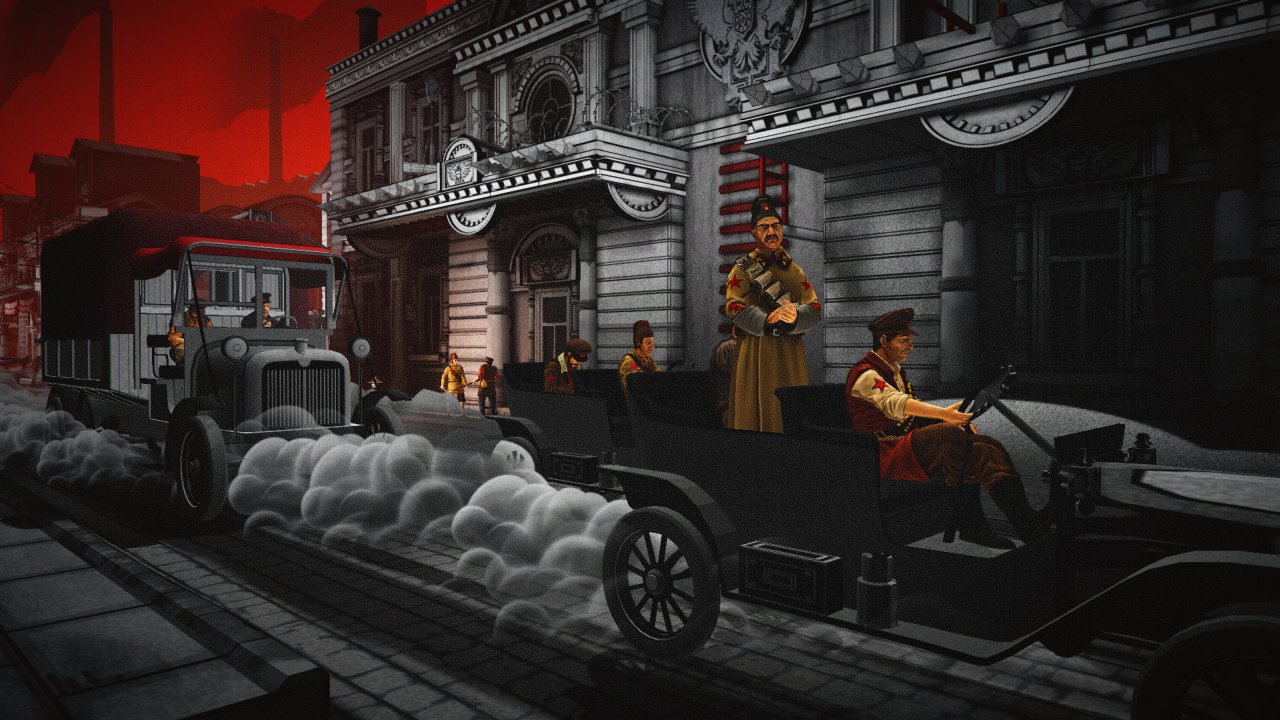 It’s probably the highlight of the three AC Chronicle narratives, but that’s not saying much. The characters are still poorly developed, don’t really grow, and the story hinges on the question: are the Assassins the good guys? A question more interestingly explored in other Assassin’s Creed games, especially the much-overlooked Rogue. Much like India and China, the plot isn’t supposed to reel you in and likely isn’t the reason you’re here, but in a bad game it doesn’t help that there isn’t much of a desire to see how the story resolves itself, meaning it’s just one more reason not to play Assassin’s Creed Chronicles: Russia.

It’s clear that Assassin’s Creed Chronicles was hoping that its simplistic, yet evocative aesthetic would help give it some legs, exchanging the photo realism of the big-budget games for a stylized look that washed out most colors and indulged in blood red whenever a change was needed. Like anything redeemable about ACC Russia, this aesthetic has been exhausted in the previous games and even if it wasn’t, it’s even bleaker than the previous games given that Climax Studios is trying to indulge in the washed-out color scheme so often associated with the country. Aside from the blood, flags in the background, and the names of the cities, the game deals in browns, whites, and greys. The palette is not very fun to look at, just adding one more problem to the game’s ever-expanding docket.

There’s almost nothing redeemable about Assassin’s Creed Chronicles: Russia. Deep down you can see it’s a decent enough game, one that could be inoffensive to fans of the series and something to tide those over who simply must have an Assassin’s Creed game every year. But it’s buried under so many poor choices and flaws in the design that it’s not worth it by a long stretch. The game demands you play and replay segments until they’re boring, only made more monotonous by the washed-out aesthetic and the bad plot. I feel it’s safe to say the trilogy peaked with its first effort, and that's the only game worth checking out - if any.

Our ratings for Assassin's Creed Chronicles: Russia on PlayStation 4 out of 100 (Ratings FAQ)
Presentation
56
The same aesthetic, but even more washed out to express ACC Russia during the industrial revolution. You can only stare at varying shades of grey for so long.
Gameplay
47
Constant moments of trouble and inconsistent mechanics makes this a game that is difficult to play and almost impossible to enjoy.
Single Player
52
The story is the best of the trilogy, but that’s not saying much. It also recycles more assets than the previous games. Lacks variety and quickly becomes stale.
Multiplayer
NR
Performance
73
Not much to say here. There was the occasional frame rate stutter. The loading screens aren’t quick enough with how many times you find yourself in them.
Overall
49
At this point you’ve seen the best this series has to offer and if you haven’t, then I would suggest playing ACC China and leaving it at that. Unless you're a dedicated fan, Assassin's Creed Chronicles: Russia is not worth your time or money. 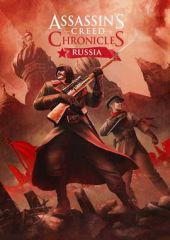