No Time To Explain Remastered Review

A nice blend of teeth-grinding frustration and nutty humor

Frustratingly difficult games seem to be on a comeback run these days. Super Meat Boy, Dark Souls, Trials HD, and Bloodborne may be some of the notable names, but a variety of smaller titles are beginning to surface, bringing along their own spin and challenge. While they tend to get the blood boiling, there’s always a supreme fist-pump the air feeling when you catch on to the game’s mechanics and finally overcome a difficult section. TinyBuild Games’ No Time to Explain may not live up to the frustration that those aforementioned titles build, but it does have plenty of its own teeth-grinding moments to surmount. 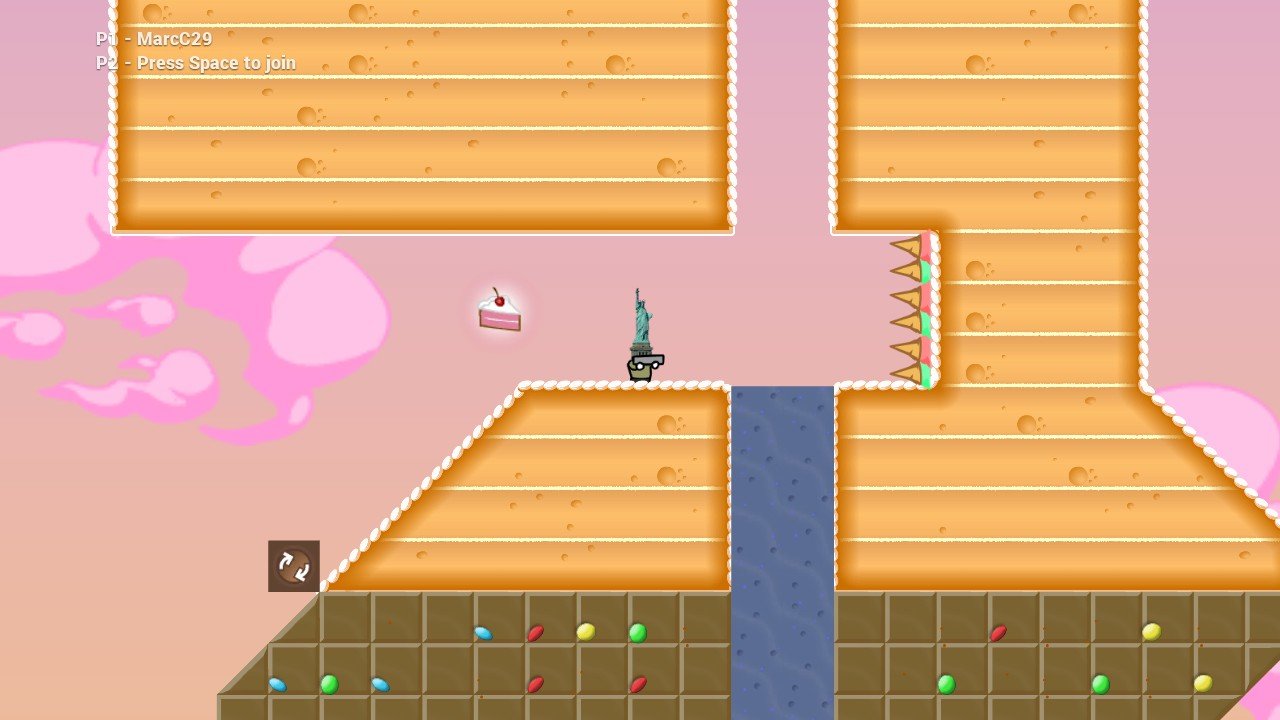 No Time to Explain originally released as a flash game on Newgrounds in 2011, before making its way onto Steam and the Xbox One as Remastered edition. The game certainly lives up to the motto of its title, as a peaceful time of dancing alone at home is interrupted by an explosion and your future self jumping through. After explaining this, and, with a “No Time to Explain” thrown in, he is suddenly ripped from the house by a giant crab claw. This humorous insanity is No Time to Explain at its core. It’s an action platforming game that has you chase after your future self through time warps, strange universes, and alternate dimensions.

Your main tool of the trade is a sort of laser gun - jetpack hybrid that propels you in the opposite way of wherever you’re pointing it. As a laser, it’s useful for shooting down projectiles and dealing with the occasional bosses in standalone levels, but its main function is jettisoning you across the obstacles you encounter. Every level has a warp portal at the end you are trying to reach, but the path becomes more hazardous as you proceed. While it starts out as navigating uneven terrain or reaching higher elevations, eventually it becomes a more complicated and precision-movement sort of affair.

Using your special hybrid weapon takes some getting used to. The weapon’s beam acts as a propulsion system, except it seems to need the perfect angle and scenario to propel you at the needed velocity. Being on an incline when lifting off may instead send you hurtling into the ground, while timing a jump with the use of the gun may give you just the boost in height you need to reach a raised platform. At times, this can feel like a miscalculation on your part, but at other times it feels like a cheap death, especially after repeatedly being skewered on the same patch of spikes. It’s examples like these that make the game feel especially challenging, but also makes you wonder if the challenge is somewhat affected by perhaps wonky gameplay mechanics. 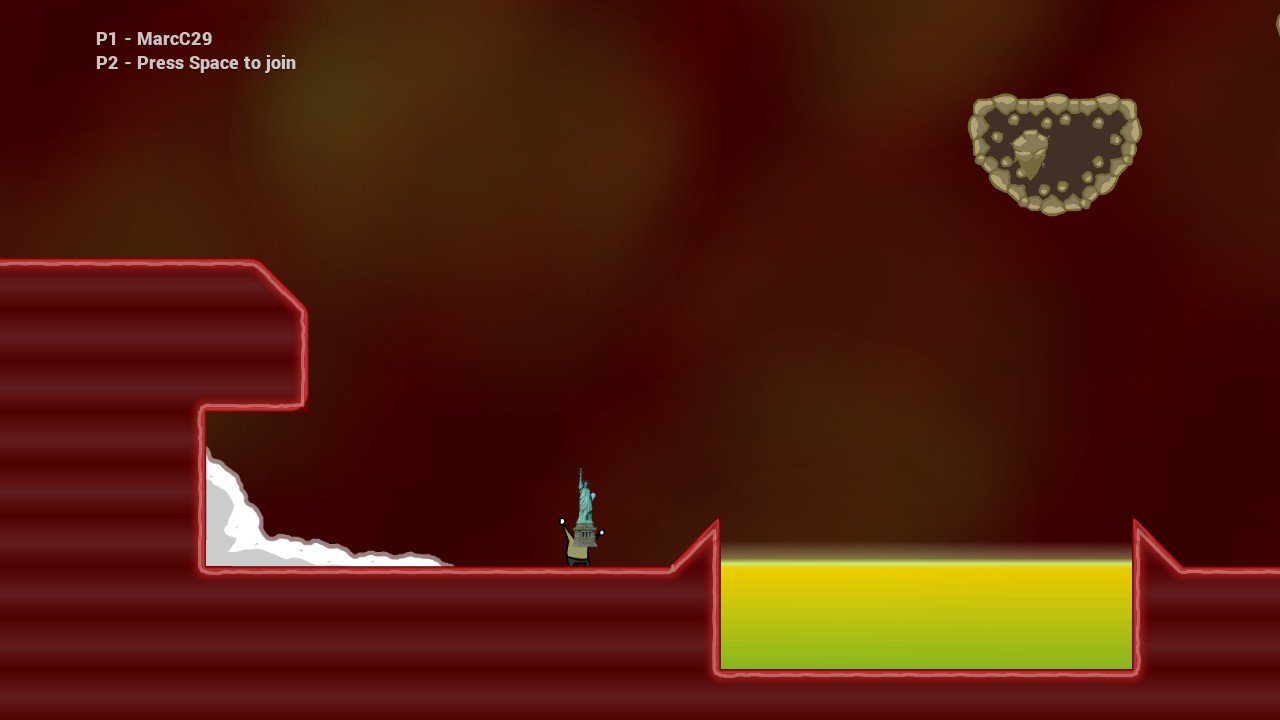 Where No Time to Explain succeeds particularly is in its variety of landscapes and challenges. While the game may only take in the range of three to four hours to beat, it remains fresh by changing the gameplay just enough to up the difficulty while still remaining somewhat familiar. Certain levels may see your hybrid gun swapped out for a sort of shotgun that blasts you forward in short spurts, while others may hand you both weapons to use simultaneously. Certain obstacles you encounter can only be burned and destroyed in order to proceed, so that calls for dousing yourself in flames or acid, igniting the barrier, and racing to put yourself out before being engulfed. Whether you use a keyboard and mouse or a controller, your aim needs to be precise for a fairly small window of safety. The aiming doesn’t always feel as tight as you’d hope it to be, which can lead to numerous occasions of missing the mark completely.

The generous layout of checkpoints is an aspect where No Time to Explain distances itself from other games of the genre. Any time you safely set down on a flat piece of land that is not trying to kill you, a checkpoint is triggered. In some levels you may hammer down on the jetpack and breeze through the level in one go, while at other times you may set down and respawn from five different places. On one hand it does alleviate some of the challenge, but it also provides a means to play through a level in your own way in a sense.

The boss battles in the game operate in a similar manner. Every boss is its own standalone level where the player is given three lives at a time to defeat the enemy. If you lose all of your lives you are not transported all the way back to the beginning of the sequence of levels, but instead just start over right at the boss. Again, in a negative light this alleviates some of the challenge as there is no real punishment for dying. But at the same time it does prevent the frustration of having to repeat the same levels over and over again. A single hit is all it takes to lose a life, and with some questionable hit detection in a few of the battles, it’s probably a good thing that the respawn point is that close. 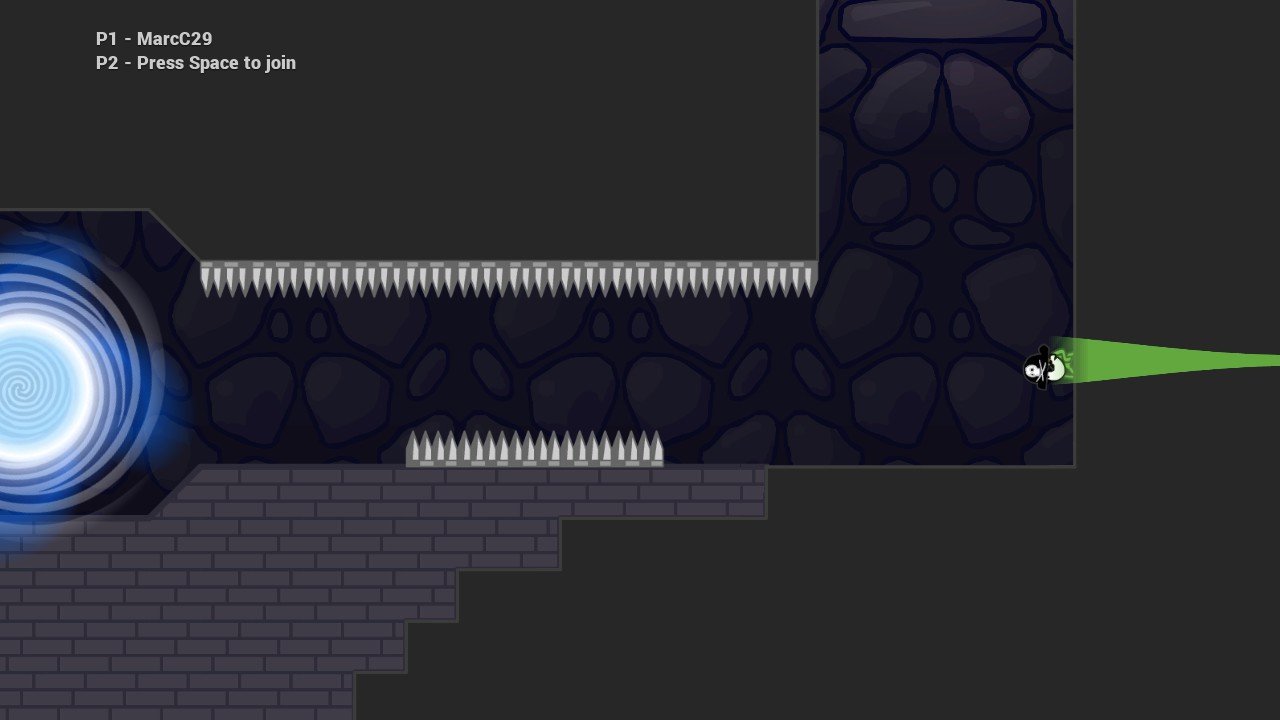 If a certain obstacle proves too difficult to overcome, you can bring a friend in to improve the odds. No Time to Explain supports two-player local multiplayer for the entire story campaign and the Workshop. The screen always follows whichever player is further ahead in the level, so there’s a chance that whoever can’t keep up will be left behind. The same applies to certain platforms that are destroyed by using your hybrid weapon, leaving both players scrambling to ensure they aren’t trapped behind. It all adds a sense of rushed chaos that just isn’t there while playing alone. During boss battles, the same three lives per encounter still applies, but it is shared between the two players. Unfortunately, there is no online multiplayer support, so you’ll need a friend to play with locally to take advantage of it.

Despite the game’s relatively short length, there is quite a lot of replay value thanks to the Workshop. Here, players can design and build their own levels and share them for all other players to try out. The system is incredibly simplistic to use, which is a bonus for the uncreative types like myself. With a simple placement of your character and the end portal, the creation of obstacles is as simple as clicking and placing the objects like blocks. After toying around with the mode for some time, it became clear that some of the hardest and most creative levels were user-created.

No Time to Explain is a humorous time-traveling romp in pursuit of your other selves. It succeeds in providing some frustrating challenges while also keeping it lighthearted with its goofy approach. Although the abundance of checkpoints may dilute some of the challenge to a degree, it doesn’t detract from what makes the game a uniquely enjoyable platformer.

Our ratings for No Time To Explain on PC out of 100 (Ratings FAQ)
Presentation
80
The game sports a comic-cartoonish look that feels appropriate for the humorous angle it’s aiming for. The soundtrack has a retro vibe to it that fits right in, and the sporadic voice acting gets the job done.
Gameplay
80
There’s a nice mix of levels, challenges, and gameplay mechanics to help keep the game fresh. The controls can feel a bit wonky at times, especially when using a mouse, which can cause some frustration when having to hit precise spots.
Single Player
75
Chasing your own selves through time warps and other dimensions is the extent of a narrative here. The story only clocks in at about three to four hours to complete, but there is the Workshop to come back to for user-designed challenges.
Multiplayer
75
Local two-player multiplayer is supported in all of the game’s modes, which adds a chaotic feel that isn’t replicated while playing alone. Unfortunately, there is no online multiplayer for those who don’t have a local friend to play with.
Performance
85
A fairly smooth time with no significant bugs, glitches, or crashes to worry about. Using a mouse feels constrictive at times.
Overall
78
No Time to Explain is a nice blend of teeth-grinding frustration and nutty humor that platforming fans should enjoy.

No Time To Explain 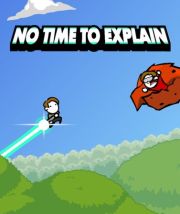