Some games just age badly. It’s a sad reality of working with a medium that can change three or four times before breakfast. Things that were once forgivable on the cutting edge become unbearable with hindsight, and the inexorable march of technology turns all but the most future-proof means of presentation into laughable puppet shows. Yeah, sounds like little more than rain on the parade of people looking to take refuge from life by reliving childhood nostalgia, I’m sure, but what about uppity prats like me looking to catch up on years of gaming history? I’m considering building a shrine of sorts to the games that I kind of want to enjoy but find too archaic to tolerate for more than a few minutes at a time. The centrepiece, sharing its throne with the original System Shock, flanked by the first three Resident Evil games and a dodgy-looking copy of King’s Field II, would of course be Ultima Underworld. Have you played it recently? Good god, it’s like driving a forklift with a letterbox full of spiders jammed over your head. Part horrendously sticky mouse-driven UI, part tank-controls, part titchy little viewport, it’s a harsh reminder of how much first-person games had to fumble around before they actually began to feel like experiences where you inhabited a body. You see what I’m getting at here, right? If there was any experience in genuine need of some modern technology and twenty-first century knowledge, it’d be this one. 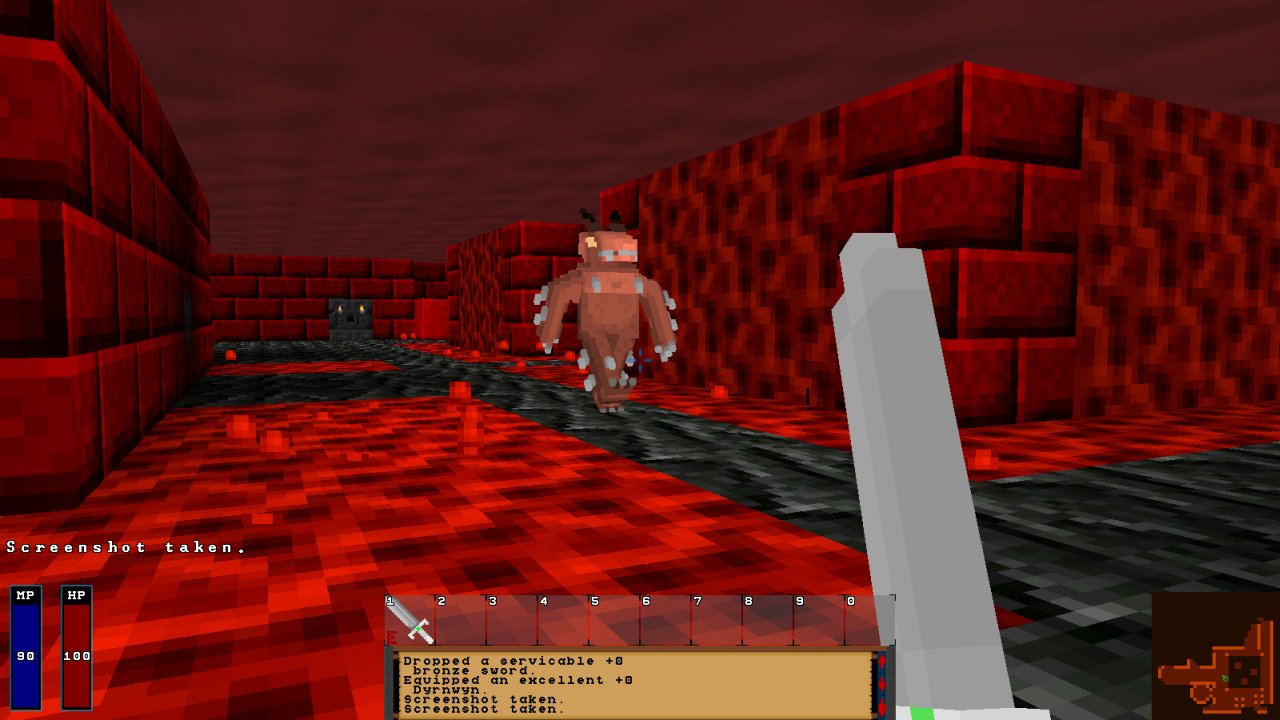 Barony answers that call. It’s all here: the methodical pacing, the generic high-fantasy adventurer descending through an underground labyrinth to quell an amorphous evil, the claustrophobic maze-like environments, even the strangely satisfying mixture of rock-solid traditional RPG systems and fluid immersive sim elements. This is not a game that pays subtle tribute to its inspirations; this is a game that fawns over its inspirations with sycophantic adherence. If you’re about ready to scream with frustration at the debate over whether or not re-hashing old games is a good idea, and really just want to play something that comes close enough to Ultima Underworld to make EA’s team of lawyers start sniffing suspiciously, Barony can do that. The only exception being that it’s an indie game in 2015, and therefore has to supplant a structured, continuous world with randomly-generated floors. Continuing the theme of reviving games that have aged like fresh meat in the midday sun, Barony’s roguelike elements bear closest resemblance to those of NetHack’s: bottles of mystery fluids, arbitrarily-labelled scrolls, weapons that occasionally fuse to your hands, and a general overarching philosophy that encourages the player to stick their fingers in as many proverbial electrical sockets as possible. Sure, it’s not one tenth as complex as NetHack, but a lot of the important bits translate remarkably well to a first-person format: it’s one thing to suffer blindness as a status effect, for example, but it’s another thing entirely for blindness to literally black out your screen and let you stumble around in the dark for the next twenty seconds. Most importantly, the fundamental element of managing risk - weighing up the benefits and pitfalls of interacting with the dungeon’s numerous elements - has been left more or less intact.

Sounds good, right? You’d expect a collision of games like this to set off a raging bonfire of emergent gameplay, but sadly Barony is more of a smouldering heap made by middle-aged men going camping for the first time. Once you get past the initial hurdle of learning to not die on the first floor, every single run plays out more or less the same: fill out every map square as quickly and efficiently as possible, kill everything that moves, loot everything remotely useful, work out how much of it you ought to keep, and munch on a dead rat every now and then to keep yourself pepped up. It’s first-person dungeon crawling with nothing more than a couple of wildcards thrown in to keep things interesting, and while that’s not exactly a deal-breaker in itself, it does tend to feel pretty homogeneous after a while. There are a couple of cute details here and there, like being able to trigger arrow traps by throwing random inventory items in front of them, but the overall experience feels creatively stifling. What normally keeps dungeon crawlers interesting? Atmosphere? Being inexorably drawn into murkier, more treacherous depths? The dangling potential for sweet loots? 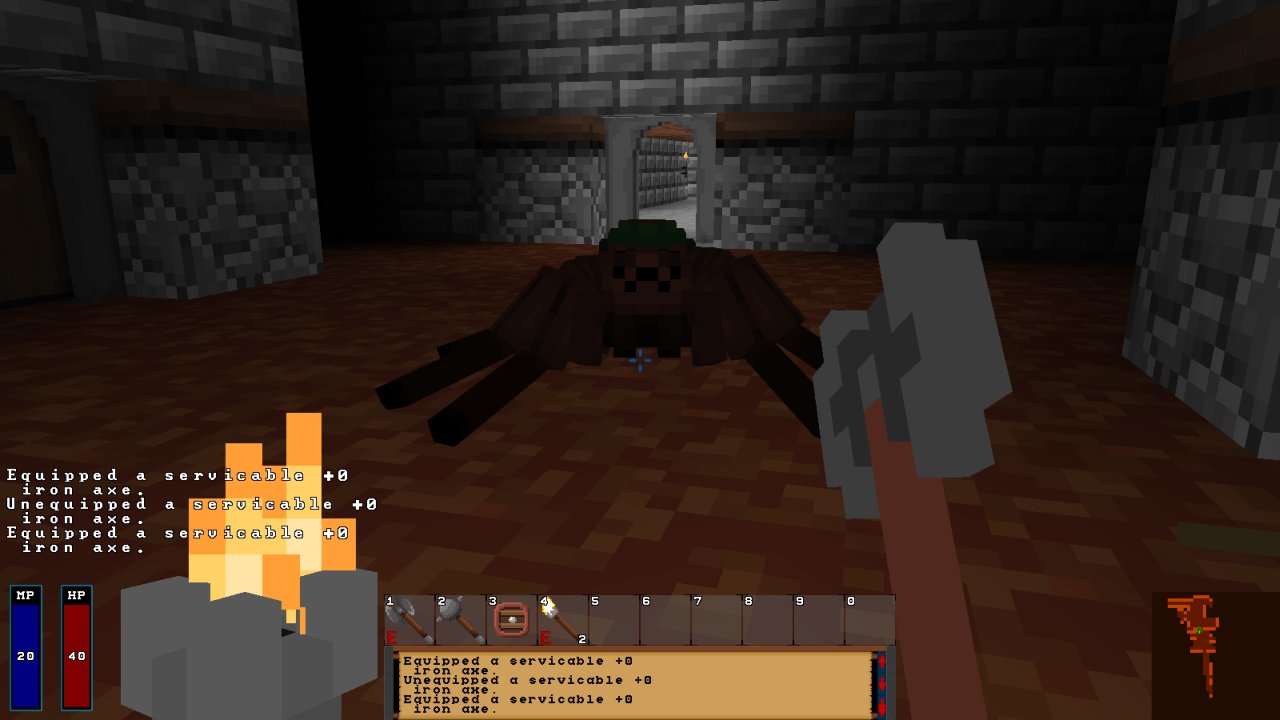 Well whatever it is here, it’s not the deep and engaging combat, that’s for certain. In 1992 we had “left click to spasmodically flail in front of you”, and given this games aspirations, it should be no surprise that in 2015 we’re still working with “left-click to spasmodically flail in front of you”. True, the tighter controls and clear hit registration stop it from being actively painful, but it’s still about as intellectually satisfying as mashing potatoes with a half-brick. I ended up picking the wizard as my starting class about nine times out of ten, just because its frailty and ranged attacks actually demanded some spatial awareness - and in return, granted the rare luxury of being able to avoid getting hit. It’s nice that your character attributes and abilities just naturally work in the background and smoothly integrate into gameplay - heck, you could probably play through the whole game without ever knowing they’re there - but when they’re pared down and shoved in a cupboard like that, there’s not much they can do to spice things up.

I’m also not really sold on the game’s appraisal system. As with any NetHack-esque game, the ability to distinguish the Amulet of Yendor from the Amulet of Slow Humiliating Death is an invaluable one. Drinking every unmarked bottle and wearing every bit of clothing you find in Barony carries even lower survival odds than if you were to try the same in an inner-city back-alley, and Scrolls of Identify are quite literally rarer than gold. So what’s to be done? Fortunately, items can be ‘appraised’ over time to reveal their details in a matter not dissimilar to System Shock 2’s research system, minus the need to stop every five minutes and backtrack to the space-pantry. It’s an interesting solution that adds a couple of neat considerations to the game - prioritizing which items you need identified first, for example - but I can’t help feeling that it kind of breaks the whole system. NetHack’s loot system was about managing risk, weighing up the dangers of dealing with the unknown, and to a certain extent, the thrill of throwing caution to the winds. Being able to safely identify just about anything you want given enough time makes a mockery of that delicate tension and essentially just adds a meaningless buffer period between picking an item up and being able to comfortably use it. 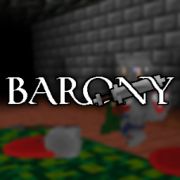