A beautifully atmospheri- whoops, it's over

For all my griping and groaning whenever called upon to cover a game with a budget large enough to fund a space mission or two, there is something to be said for the stability of triple-A gaming. Occasional misfires and quashed creativity aside, you can be fairly sure that a big release will work on some basic level, have functional tried-and-tested mechanics (probably with one or two gimmicks) and will at least provide a minimum level of entertainment for a lazy afternoon if nothing else. I suppose that's why they're so bloody expensive. Conversely, the cheap-as-chips indie approach seems to be taking its creative freedom for granted here and there, to the point where what you get at the end of the day might not be strictly a game at all. I joked about this with The Stanley Parable a bit, but seriously, even 'walking simulators' like that – games in which you walk around, explore an environment, and little else – seem practically vanilla compared to the nonentity that is Stranded. Heck, The Stanley Parable had decision-making, failure states, narration. Stranded removes even those factors from the equation, and the result is as empty as it sounds. 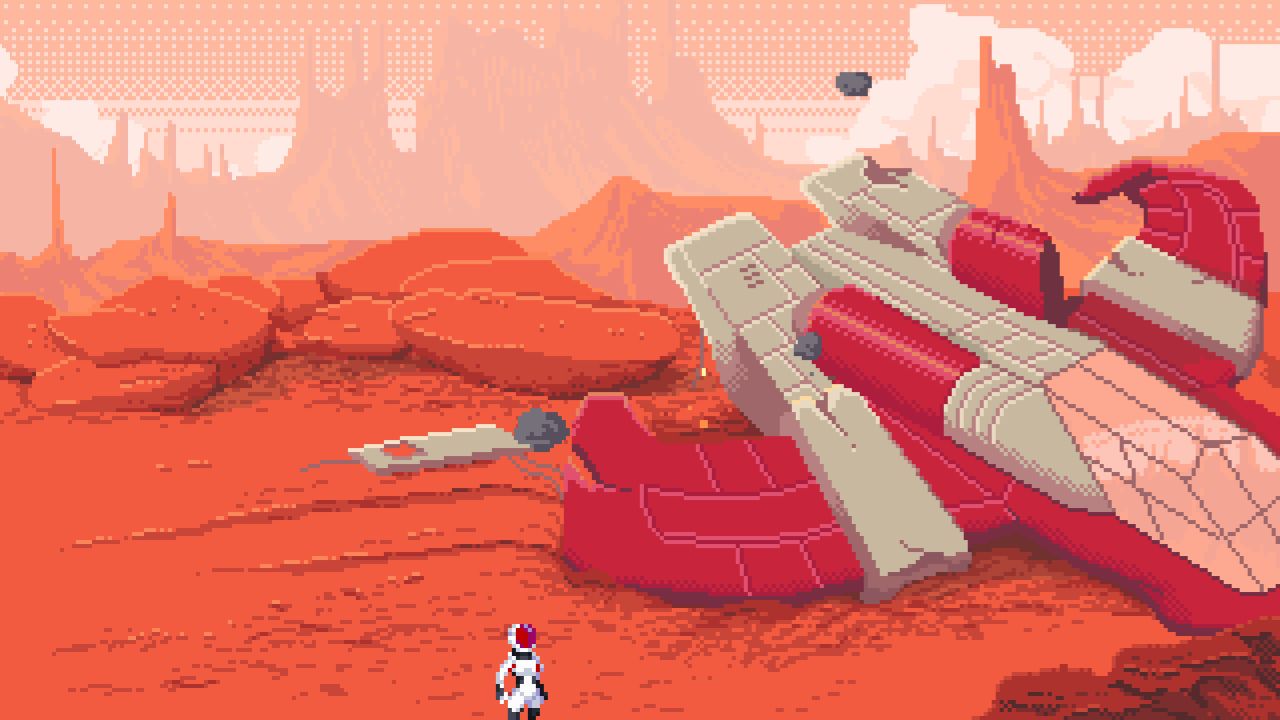 I suppose I'm just bitter about Stranded because it is absolutely the most egregious example of the so-called 'walking simulator' I have ever seen: it does not make any attempt to be fun, engaging or challenging; it simply exists to look pretty and momentarily distract the player from the inevitable decay of the universe. On what measure of merit should its value even be gauged? Some would judge it by its presentation, for that is really all it has. Others would argue that it is art, and as such, cannot be assigned a measure of quality in much the same way that you don't see teams of people in The Louvre attaching big "10/10 EDITOR'S CHOICE" stickers to everything in sight. Well sod that, I say, and sod them. If the medium of a piece of artwork already has an existing function – in this case, to entertain – then it should retain that functionality. Great works of literature still tell a story, do they not? Right, so an artistic game should still fulfill its role as a game, through either effective gameplay or storytelling, or preferably both. Stranded, as we have already established, is a walking simulator, and thus does neither of those.

How is this walking simulator presented? Well, it's a point-and-click. Not a point-and-click adventure, you will note, because far too little actually happens in the game for it to be deemed an adventure. You are an astronaut who has crash-landed on an alien planet and must somehow find a means of survival out there. What transpires next is not only completely irrelevant to that task, but also almost entirely opaque in its own right. As a matter of fact, nothing much actually happens at all. You go here, then there, then there, then there, then here again, then get an ambiguous ending cinematic. No dialogue, no puzzles, nothing else. The first time I played through Stranded, that tallied up to fifteen minutes. The second time I played, on my hardcore-mode no-reloads 100% run, that came to a dizzying twenty minutes. Astounding. 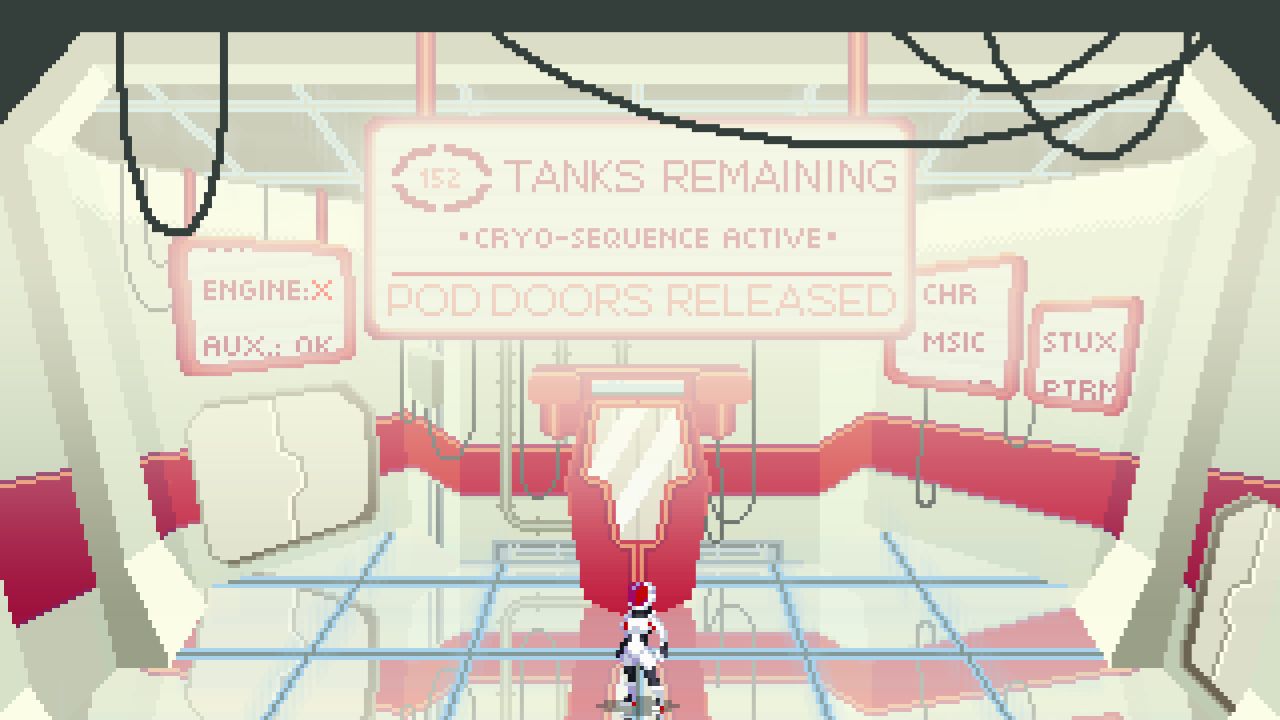 Now look here, I've been lenient on games in the past for being a wee bit stumpy, but twenty minutes? Pardon me for deciding on where the absolutes lie, but that's crossing the line. This game has almost no replayability, I ought to point out. This isn't a roguelike like Spelunky, where you can easily pour over a hundred hours into the game and still continue to encounter unique situations: this is a set of about ten screens in fixed positions. There's a sort of post-campaign sandbox, if you like, to run around in. It adds a few things – alien golems plodding around, the ability to cycle between night and day – but it's the same environments and the same experience, so why bother? Sure, it's cheap, but it's nevertheless a non-zero price for something that is, when all's said and done, on the level of freeware. What does this game even have left? We've established that it doesn't have gameplay, doesn't tell a story, doesn't even last long enough to do anything significant with what few elements it has. It's like half a margarine sandwich, except the bread has gone stale and the margarine is actually just a square of painted cling-film.

Well, there are always the graphics. Now, if we take everything that's fundamentally wrong with that statement – the implication that a game can somehow be carried by visuals alone – and hang it up somewhere where it's constantly kept in mind throughout this review, I will readily admit that Stranded looks fantastic. It's one of those rare few games where the pixelated aesthetic appears to have been a genuine stylistic choice, rather than a means of getting cheap sales out of nostalgics, or covering up the fact that the lead designer has only ever worked in Microsoft Paint. There's an enormous amount of detail in every scene and little – if any – of it is ever re-used. Throughout the game's course you trigger three alien artifacts which glow with bright, vibrant colours, and the way they illuminate the room, throwing areas into shadow and light, highlighting imperfections in the ancient stonework, is remarkably illustrated. 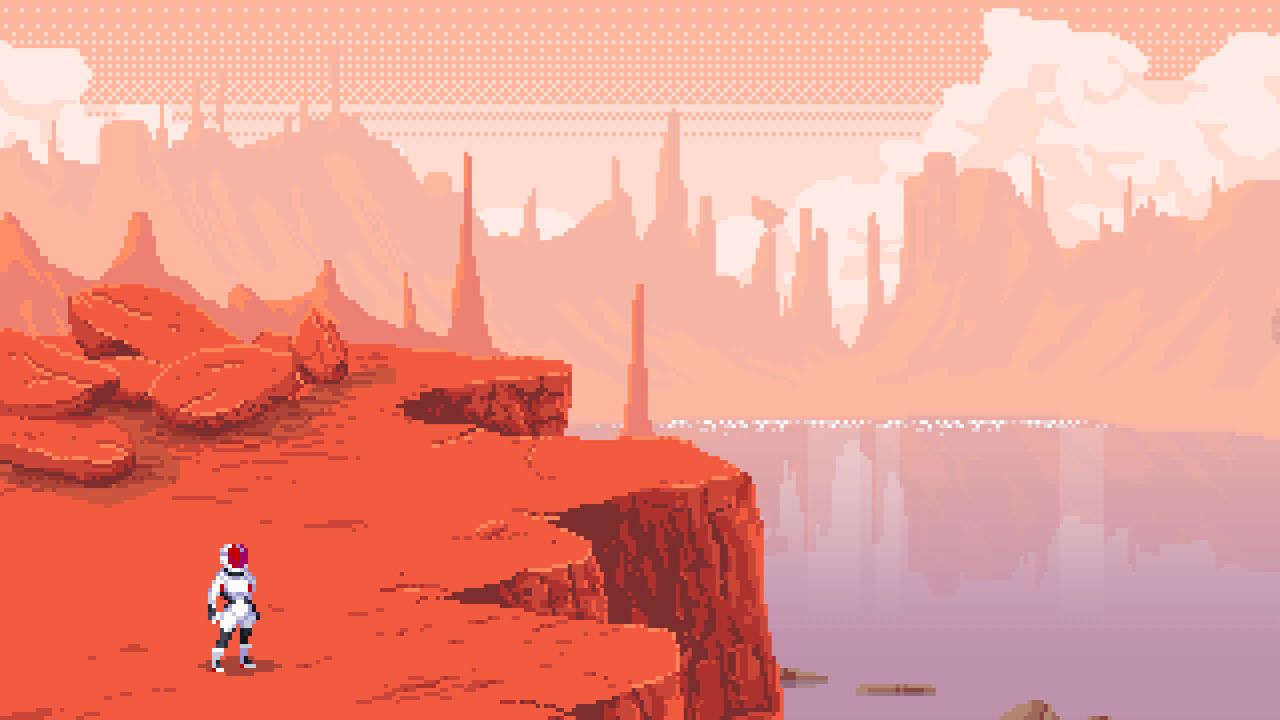 And yet, the fact that the environments are entirely static, devoid of interactive elements, just makes them so much less interesting to explore. You wander from screen to screen, running your eyes over the barren landscape and decaying buildings, but how much can you be expected to care when they're nothing but background art? You don't even have permission from the game to walk anywhere in the scene, and instead have to tramp back and forth between pre-defined points of navigation scattered across the screen. “Don't you dare even think about touching our beautiful scenery,” Stranded seems to say. “You are here to look and appreciate, no more. You have nothing to contribute to this experience, you uncultured swine. I bet your favourite game has a rocket launcher in it.”

What annoys me about Stranded is that it feels like one of those games that you have to 'get' to appreciate, by which I mean you have to be already in the mindset it wants you to have before you even boot up the game. Its primary focus seems to be to evoke emotions in the player, whether it be those of loneliness, isolation or simple poignancy, but if it fails to hit the right notes to do that then the whole thing is just an empty experience. I wasn't taken in, personally. There's no doubt that the game is intensely atmospheric, between its beautiful visuals and ambient sound design, but how can that atmosphere hope to gain a strong grip in such a short time span? I hadn't even finished the tea I'd brewed. You can't just slap somebody in the face with a frozen chunk of atmosphere and expect them to be taken in; they have to be slowly immersed, given time to adapt. Stranded's attempts are akin to somebody walking up to you, saying “you are an astronaut you are dying on this planet you found some alien things you won or maybe lost or maybe turned into an alien it's kind of ambiguous” all in one exhaled breath, and expecting you to get all teary at their heart-rending story. 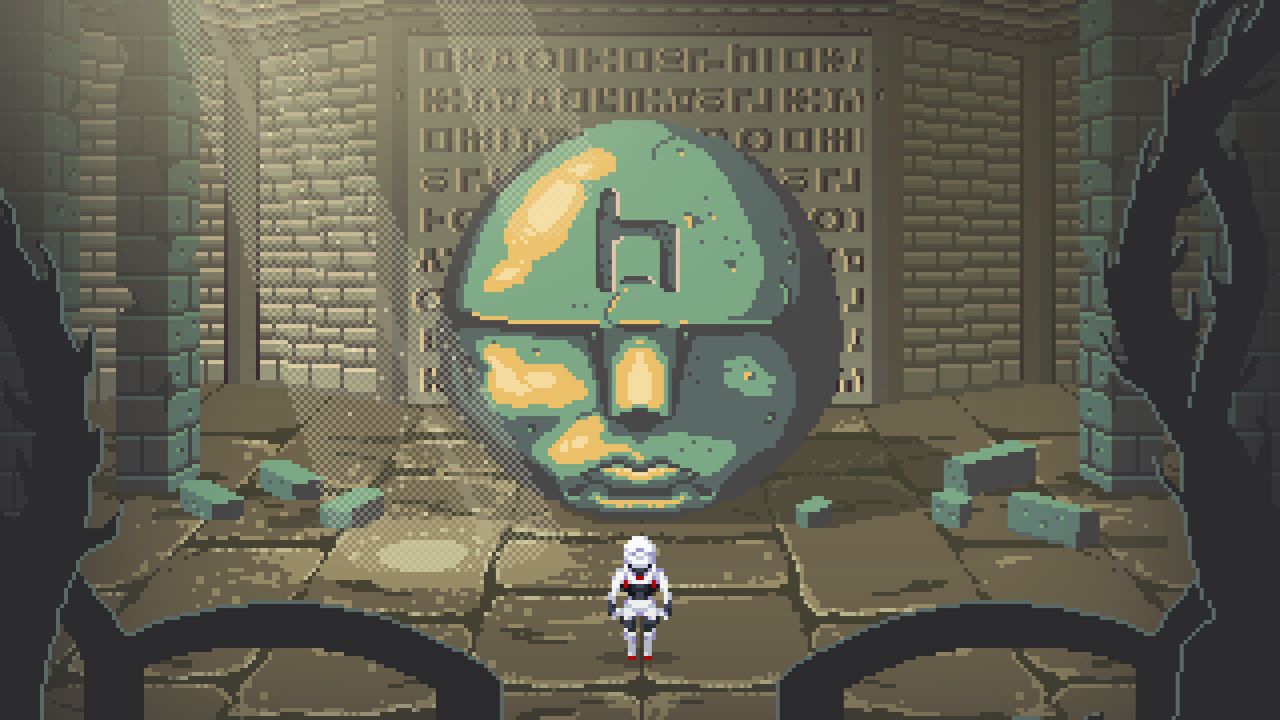 Stranded is something of a strange case, as you might have already guessed. It's rare to find a game so achingly empty of drive, a game whose chief sin is its complete refusal to actually get up and do something. Again, it feels as if it's trying to be an artistic work, one that would inevitably be deconstructed relentlessly by people who read too much into things for a living, but it's so bloody insubstantial that you'd have better luck writing an essay about the packet of crisps you ate this morning. Or maybe it's supposed to be an experiment, which I can appreciate, but something being experimental doesn't make it necessarily good; you might get a miracle cure, but you're far more likely to get a monstrous pile of foul-smelling goo that needs to be chiseled off the bench-top before it fuses with the surface.

I don't hate Stranded – contrary to what the number at the bottom of this review might suggest – but I just can't picture anybody spending money, even as little as the five dollar asking price, on an experience that could easily be surpassed by flicking through an album of The Dig screenshots while absent-mindedly running your fingers across a piano's keys. Some may say that Stranded is a game that's pushing the boundaries of gaming, breaking new ground. If so, I'd advise that everybody hold their breath, because whatever ground the game might have broken, they clearly didn't check for sewer mains there first.

Our ratings for Stranded on PC out of 100 (Ratings FAQ)
Presentation
78
Beautiful old-fashioned background art and sprites coupled with remarkable ambiance. Attractive in a way that transcends nostalgia. Quite clearly the game's only focus.
Gameplay
30
Might as well be non-existent. I would say it had exploration, but the tiny number of areas to actually explore renders it irrelevant. Moving on a line between fixed points as a method of travel is annoying.
Single Player
32
Storytelling without words is nice when it's done well, but what story is even present here? I shouldn't even have to repeat how pathetically short it is.
Multiplayer
NR
None
Performance
(Show PC Specs)
CPU: Intel i7-870 @ 2.93 GHz
GPU: Nvidia GeForce GTX 760
RAM: 8GB DDR3
OS: Windows 7 Premium 64-bit

98
Probably completely bug-free, but really, how much could possibly go wrong?
Overall
46
A prime example of a game trying so hard to have artistic merit that it completely throws away all semblance of its identity as a game. Maybe it doesn't ask for much, but it offers even less in return.