Let us take a moment to solemnly remember Looking Glass Studios, tragically torn away from us in the year 2000 when Eidos Interactive suffered a catastrophic monetary failure. For the most part Looking Glass churned out competent games that nobody really cared about – mediocre sports games and flight sims and the like – but every once in a while something extraordinary happened. Maybe the company was struck by lightning, or the creative director opened another mysterious unmarked package full of white powder, or the resident cockroaches gained hive-mind sentience and started writing design documents on the walls using only their chitinous writhing bodies. Whatever the cause, every now and then Looking Glass Studios would produce pure ground-breaking cult-classic brilliance: Ultima Underworld, the System Shock series and, most significantly of all for the subject of this review, Thief: The Dark Project. 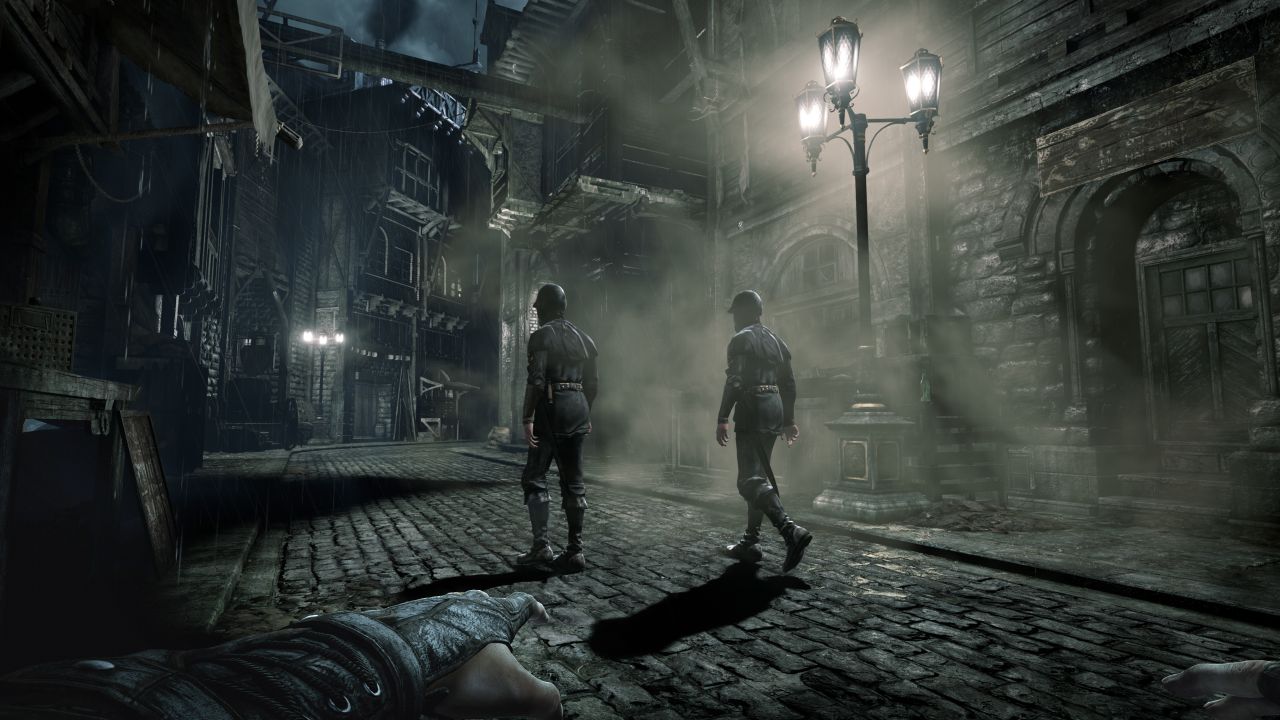 Thief was an anomaly in the distant year of 1998, being a first-person game where your primary objective wasn't the obliteration of everything uglier than you and your primary weapon wasn't a gun the size and shape of several industrial power tools lashed together. Looking Glass evidently didn't have confidence in the prospect of a first-person stealth-em-up selling well in an era when the spectre of the term 'Doom-like' was still hanging over everybody's shoulders, and subsequently pumped Thief's every spare orifice full of zombies and dinosaurs to fulfill the national minimum mindless action quota, which naturally went down about as well as a cyanide pill slathered with Wasabi paste. Looking Glass actually took feedback on board for the much sneakier sequel, Thief II, which is widely accepted as the high point of the series and one of my favourite games of all time, while Thief is now largely remembered as a warning of the dangers of attempting widespread appeal in a game destined for a niche audience. Goodness me, a Thief game soiled by a misguided drive to give it mass appeal? Now, where have I heard that one recently?

You may have deduced from this bite-sized history lesson and passive-aggressive commentary that I'm something of a fan of the Thief series, and this puts me in something of an awkward position when asked for my opinion on this new 2014 installment. As a fan, I have a strong delusional sense of ownership over something that I was never directly responsible for and isn't mine to manipulate, and seeing it move in a direction away from what I constitute as pure Thief elicits a knee-jerk reaction of blind rage. Fans are entitled whiners who will squeal like a rusted winch for every agonized step you take away from their beloved favourites, and anybody working on a triple-A reboot of a niche franchise has probably already invested in a concrete dyke in preparation for the inevitable flood of petty tears and liquidized hopes. Whatever side you want to pick, I can tell you this: 2014's Thief is a blatant, shameless, extremely deliberate two-fingered insult to everything that made the series brilliant, and must stand entirely alone if it is to succeed. 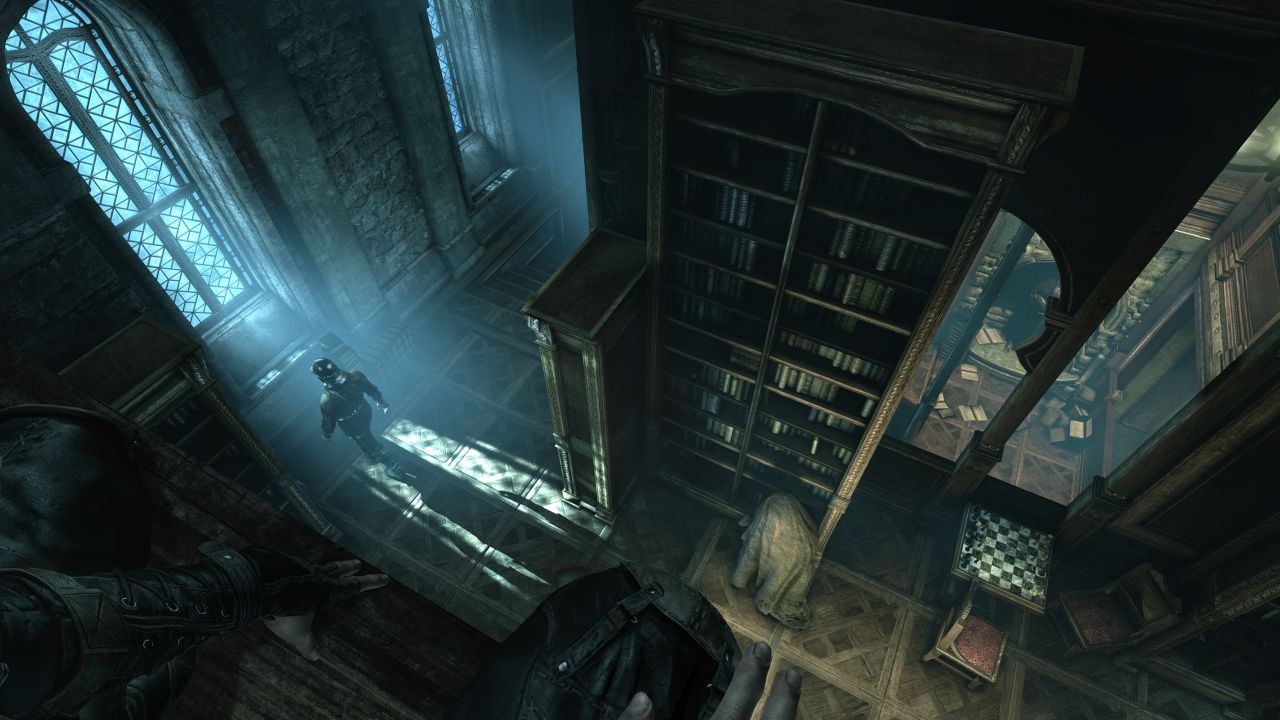 Let's start by stepping back into the leather boots of Garrett, who is now cool. He always was cool, of course – a talented loner, a fantasy reflection of his target audience, skulking around and making everybody around him a lot less wealthy while occasionally turning to deliver dry quips to the player – but evidently he wasn't cool enough for a gritty reboot like this because somebody at Eidos Montreal decided to ramp it up a notch. I can give or take him looking like a funeral-going ninja with that edgy face mask of his, and for the most part the new voice actor does a decent job of filling the gap left by the departure of Steven Russell's warm tones, but his character doesn't quite ring true anymore. He's still a cynical self-centered thief who constantly gets dragged into conflicts despite his best efforts to not care in the slightest, but the aspects get handled more heavily and self-aware, as if somebody out there was just going through a list of Garrett's character traits to make sure that fanboys weren't queuing to lob rocks through Eidos Montreal's windows. His dialogue and mannerisms, too, haven't survived the reboot unscathed, and now lean more towards the action-hero end of the spectrum. It doesn't make Garrett detestable, but it does make him harder to take seriously.

Enough. The City, too, has been given a light dusting of grit, taking all that next-gen eye candy and using it to lovingly render a selection of murky uninspired pseudo-Victorian locales, but so have the people who live in it, and I'm a lot less okay with this than I thought I would be. The guards of the earlier Thief games (and even the cultist nutjobs) were ordinary people, even a bit dozy: they went to the bear pits, knocked off early, got drunk and lost their keys at the bottom of the pool. In short, they provoked a certain amount of empathy, and this gave you all the more reason to avoid confrontations with them besides, you know, the fact that they would try to raise the alarm and kill you. Sure, they were usually in the employ of an absolute bastard, but you often got the impression that the only reason they hated you was because they had caught you half out of a window with all their valuables slung over your shoulder. By contrast, your foes in Thief are so comically brutish – presumably because somebody decided that they needed to make it look like Garrett was always in the moral right – that it becomes increasingly easy to just get lazy with the sneaking aspect and beat up anybody who gets in your way. All I'm saying is that it's a lot more natural to conform to Garrett's stealthy preferences if the people he's up against don't already deserve to end up lying face-down at their guard post with a golf-ball sized lump growing out of the back of their head. 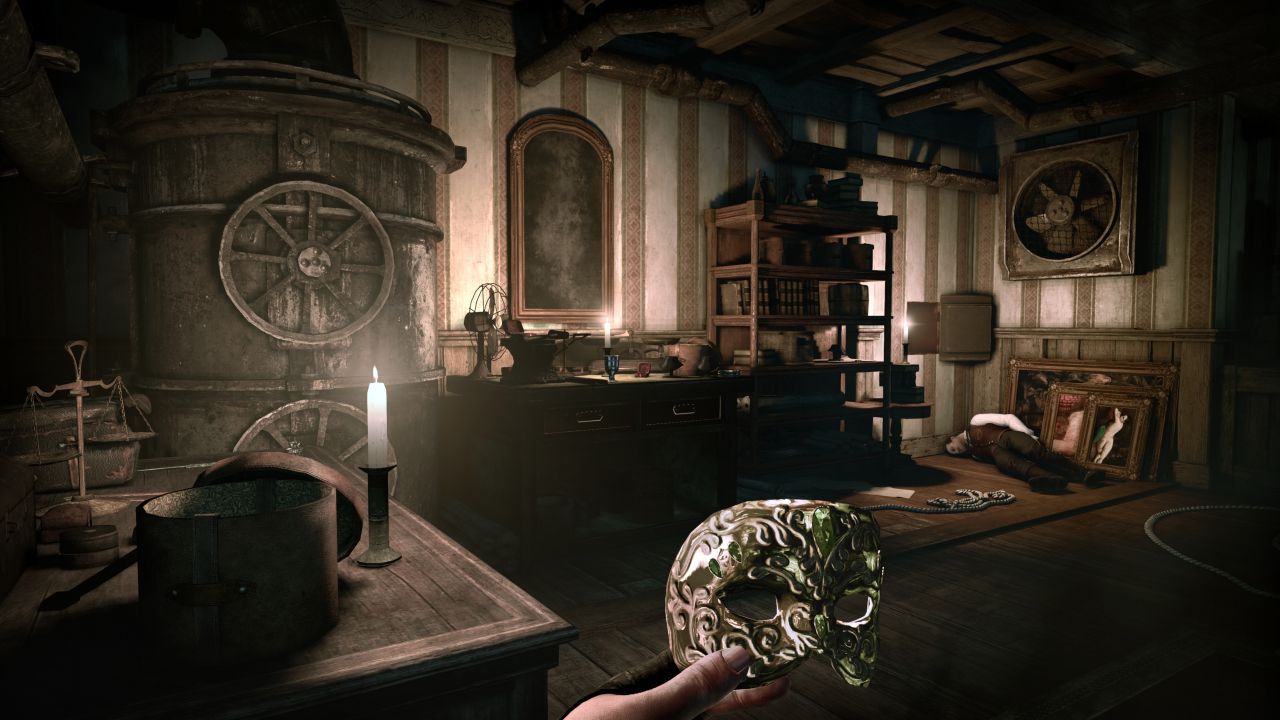 From petty complaint to more serious concern, Thief makes it crystal clear that it's not afraid to trample all over the canon with the biggest steel-capped boots it can find. There are no Mechanists, no Pagans, no Keepers, no returning members of the City Watch (wave a tearful goodbye to Officer Benny, everybody) and the Hammerites are referenced precisely once in a very conciliatory manner that treats continuity with a lack of respect not usually seen outside of the superhero comic industry. I don't think anybody even called me a taffer at any point. In their place we have the return of Basso the Boxman, the rise of a vague revolutionary conglomerate run by a man who looks like he's in dire need of a bath – which, given the fantasy era that we're operating out of, could well be the case – and a hot-headed sidekick called Erin who, to the sound of several packed theaters exhaling collective sighs of relief, disappears off the face of the earth about five minutes into the game after the tutorial mission goes horribly awry. Garrett himself gets knocked out in the same accident after a sizable falling chunk of masonry attempts to make friends with his skull, then wakes up a year later, being drawn through the city streets on a cart with that ever-present videogame protagonist disease: acute selective memory loss. How convenient. The City is now under the iron fist of a totalitarian ruler known as the Baron – who does, to be fair, provide reasonable justification for why all the watchmen are now slimy hand-picked cankers on a severe power trip – and has also been infested by a mysterious plague that's causing the widespread decline of the oppressed underclass and oppressive elite alike. Hey, Dishonored, toddle over here for a second. Does any of this last bit sound familiar to you?