Guise Of The Wolf Review

A game that seems to have been caught in its transformation into a hideous, monstrous form

Of all the nasty, dirty, frightening tropes that keep circling the campfire of the horror genre, there’s one in particular that I find particularly terrifying. It’s not the acute super-human intellect and amorality of the vampire, and it’s not the numbing, apathetic groans of zombies. Each of these are firm cases of ‘the bad guy is out there’: something evil or heartless is coming to get me, and I can stop them by getting the right gun, or the right sword, or maybe even the right guitar. But the werewolf is different. The werewolf is a monster, but it’s also a human, maybe even an innocent human. Worst of all, the werewolf could even be you.

The werewolf is a manifestation of the horror concept called “the other”, that thing that is partly you (it shares your body, for example), but in another sense is completely supernatural and unknown. With such a good basic horror premise, it’s a shock that werewolves haven’t made more appearances in video game history (although TellTale’s recent The Wolf Among Us is a notable variation). Guise of the Wolf is a game that initially stands out simply for its premise: you are a werewolf. You transform, if you stand in the moonlight for long enough. As a human, you can use small items and manipulate controls, but as a wolf, you can run faster, and attack with greater fury. It’s a good elevator pitch, but sadly in the case of Guise of the Wolf, that’s about all it is. 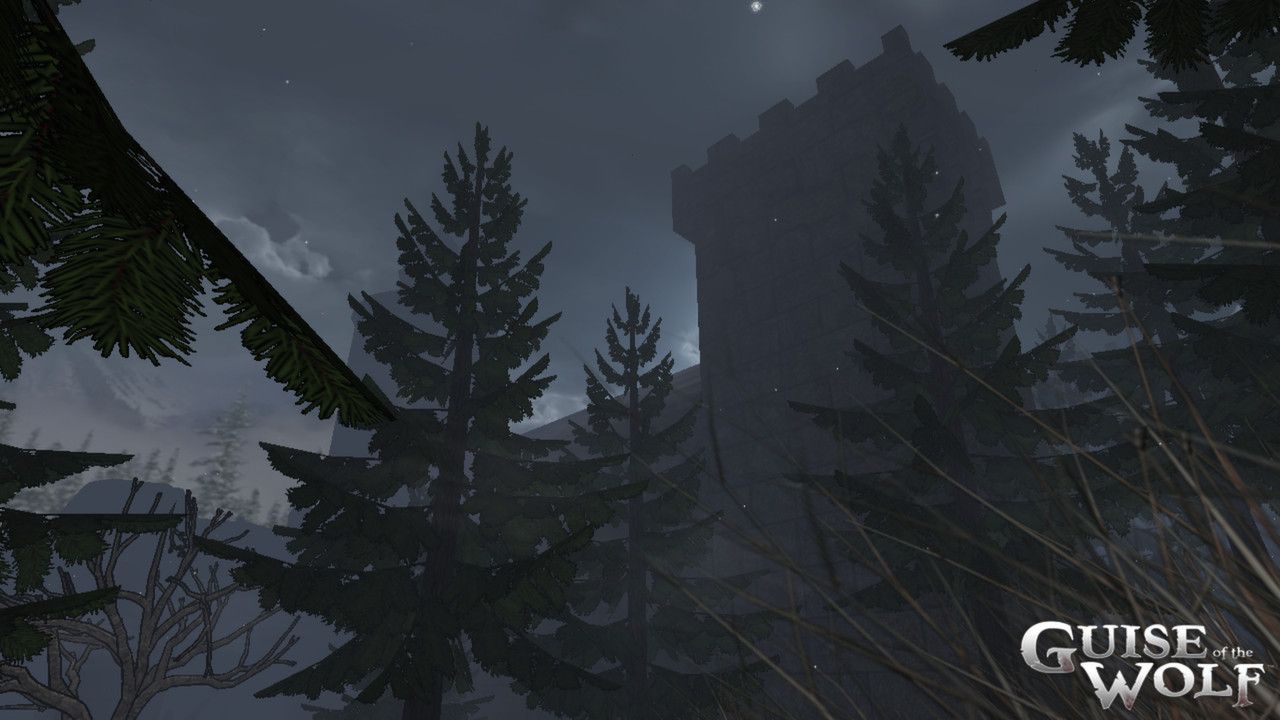 The game begins in a straightforward way. You are an alchemist, travelling through the dark woods of a northern European country, but you awaken outside your smashed carriage having barely survived an attack. Your horse is dead, your companion is dead, and you have a bite on your shoulder: not the best start to the weekend. Once you reach your destination, a dark and foreboding castle, you set about trying to cure yourself of the werewolf’s curse, while simultaneously avoiding the beast and planning its demise. As you travel throughout the castle, you learn that you can take on the werewolf form by standing in specially marked beams of moonlight. Transformation lets you attack guards, knock down doors, and leap distances that would otherwise block you in your human form. As a foundational mechanic, it’s not half bad: the variety of uses for your werewolf form keeps things interesting, and from time to time you’ll need to plan ahead just a little to pick when and where you should change forms. As you progress through the castle, you’ll open up more and more pathways to the main hub areas, making it easier to revisit certain rooms, and giving the entire narrative a feeling of cohesion: it’s the sort of story that makes good use of its limited locations.

Sadly, these notable aspects of the game are washed away by the fact that nearly every part of the presentation feels unfinished. Not just ‘unpolished’, but actually unfinished.

Every aspect of this game screams ‘incomplete’, from gameplay to graphics, and from story to sound. Take one of your first tasks, for example: simply exiting the courtyard of the castle for the first time. You talk to every guard and find out that they each have the same response (“It’s useful to have a map!”), and several visits to previous rooms yield no helpful hints. The solution in the end? Crouch behind one of the guards and click his butt. This picks his pocket for a key to let you out. Was pick-pocketing explained as a mechanic? No. Was this guard distinguished in any way from the others? Also no. Did this thievery make sense in the story? Of course not - you are an honored guest: why would you sneakily start thieving from your host’s employees? 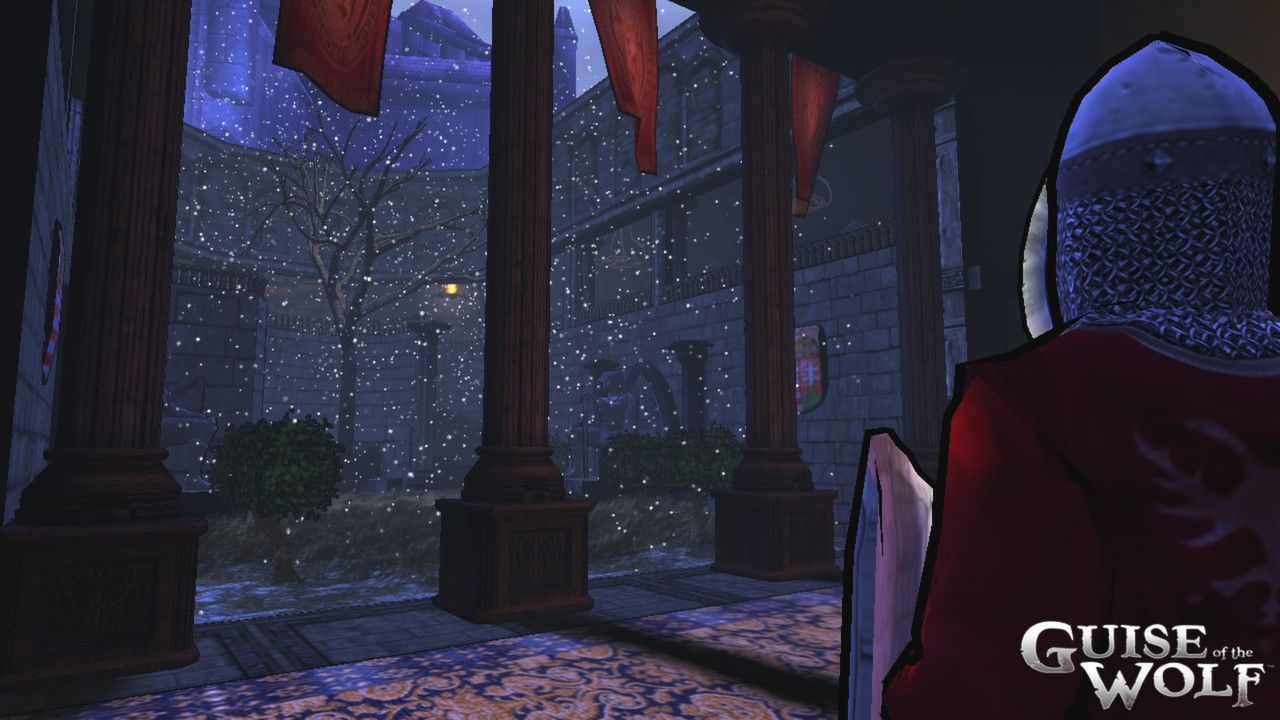 The aesthetics of the game likewise feel halfway completed. There are admittedly some nice locations that you’ll run into, especially certain indoor sections with stained-glass windows which let in the streaming, thematic moonlight. The decision to go with a cel-shaded visual style isn’t particularly used to much advantage, but more importantly, many areas feel particularly devoid of detail. The castle is packed tight with searchable barrels and crates, and not a single one of them has anything interesting or fun to discover. Some of the sounds are particularly grating and unsmoothed (those rats in the basement must have opera training!), and one or two music tracks feel a little rough.

In the end, what really hurts about the game is how often it seems to deliberately get in your way. For example, your map (which, the guards will constantly remind you, is nice to have) doesn’t show your location when you view it, which greatly limits its usefulness. Every single mechanic in the game is explained all at once, in one big info-dump screen, at the start of the game. No tips, no hints, and certainly no nicely-designed, intuitive level layouts. Dialogue is weighed down by the unskippable audio recordings, but to the credit of these events, the voice work provides solid characterization to the players in this simple story. 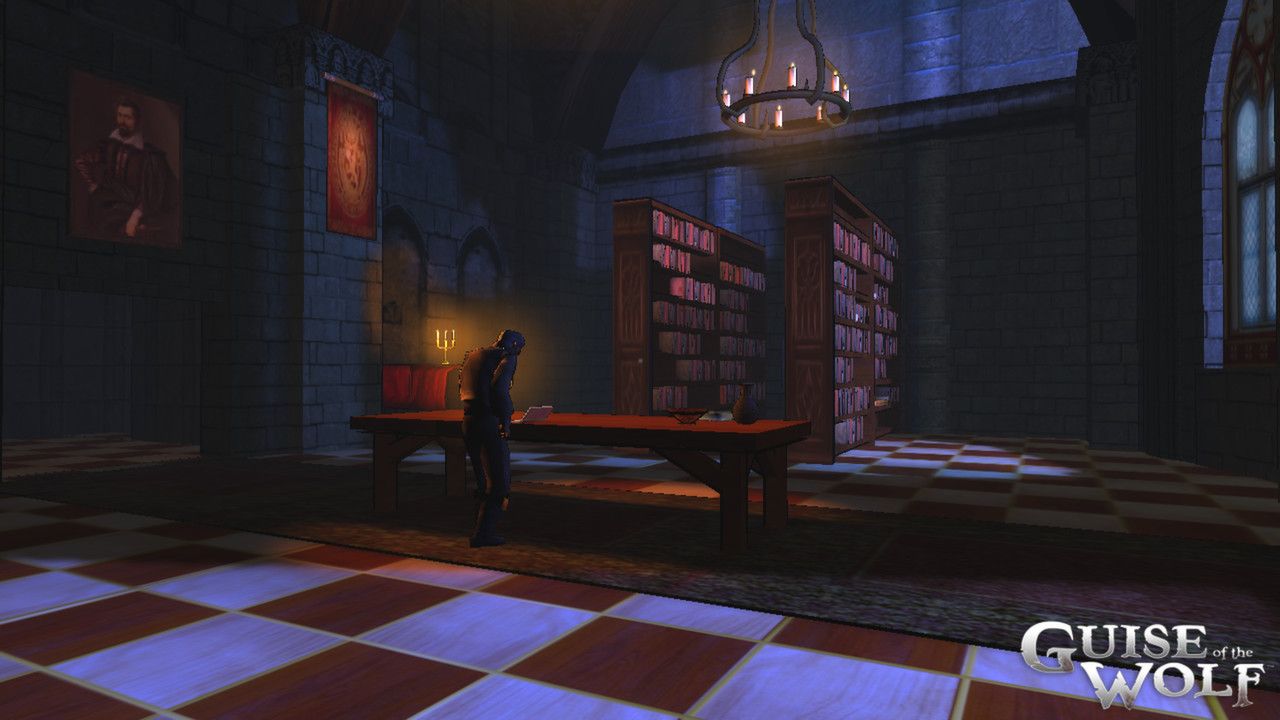 Guise of the Wolf has about three hours of gameplay in it, assuming you have trouble with the map and have to bumble around some of the fetch-quests without a walkthrough. Stumble to the end of the basic story and you’ll be treated to a five-dollar version of a twist ending that makes you wish you’d spent the last three hours watching, say, a single Twilight Zone episode over and over again. Being a three-hour game for fifteen dollars isn’t necessarily a bad thing (Gone Home stands out as a particularly good example). With a hefty focused effort on completion and polishing, Guise Of The Wolf might have ended up being a fun novelty. As it is, it’s a rip-off, and a sneaky attempt to get the public to pay out good money for an unfinished game.

And quite frankly, I’d rather be bitten by a werewolf.

Our ratings for Guise Of The Wolf on PC out of 100 (Ratings FAQ)
Presentation
67
One or two nice environments don’t make up for unpolished sound and visuals.
Gameplay
45
The puzzle variety is nice, but never challenging, and the werewolf mechanics are never used to full potential.
Single Player
51
Confusing level designs and interactions all combine to make.
Multiplayer
NR
None
Performance
60
Even with normal gameplay, the game crashed a few times over a few hours of play.
Overall
54
Hidden deep within this game, there is a good premise, solid basic gameplay design and story progression. Unfortunately, Guise of the Wolf doesn’t just need a polish: it needs a good scrubbing, a makeover, and another six months of work.

Guise Of The Wolf 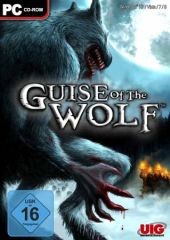