Bungie and Activision Publishing have announced that Destiny Expansion I: The Dark Below is now available for download.

The Dark Below marks the first official expansion to the Destiny universe that adds new content. It contains new weapons, armor, and gear, including new Legendary and Exotic items; a level increase up to Light Level 32; plus new Hive-themed story missions and quests.

Also included is a new cooperative strike The Will of Crota, and a new six-player raid Crota's End. Or visit the new competitive multiplayer arenas: Pantheon, Skyshock, and The Cauldron.

Players that purchase and redeem the Destiny Expansion Pass or Destiny Expansion I: The Dark Below by January 15, 2015 will receive the EV-30 Tumbler Sparrow, enabling its riders to drive fast, take flight, and perform a set of mid-air tricks.

PlayStation players will also get access to an exclusive cooperative Strike, The Undying Mind, and exclusive exotic weapon, The 4th Horseman shotgun. 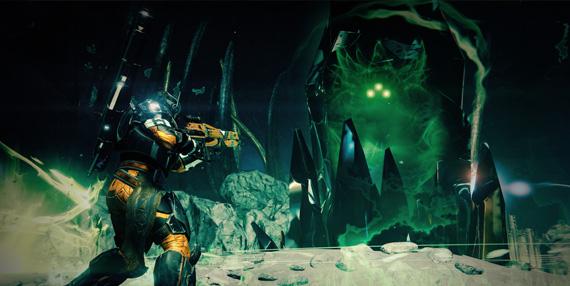