DICE and EA have confirmed that the Final Stand DLC will be releasing to Battlefield 4 Premium members today on all platforms.

The battle in Final Stand reaches its conclusion on four all-new maps set on the wintry Russian landscapes. On Giants of Karelia, Hammerhead, Hangar 21, and Operation Whiteout you'll fight both the opposing team as well as the sub-zero temperatures and harsh blizzards. Taking cover inside, you'll find secret installations with military prototypes reminiscent of those in Battlefield 2142. 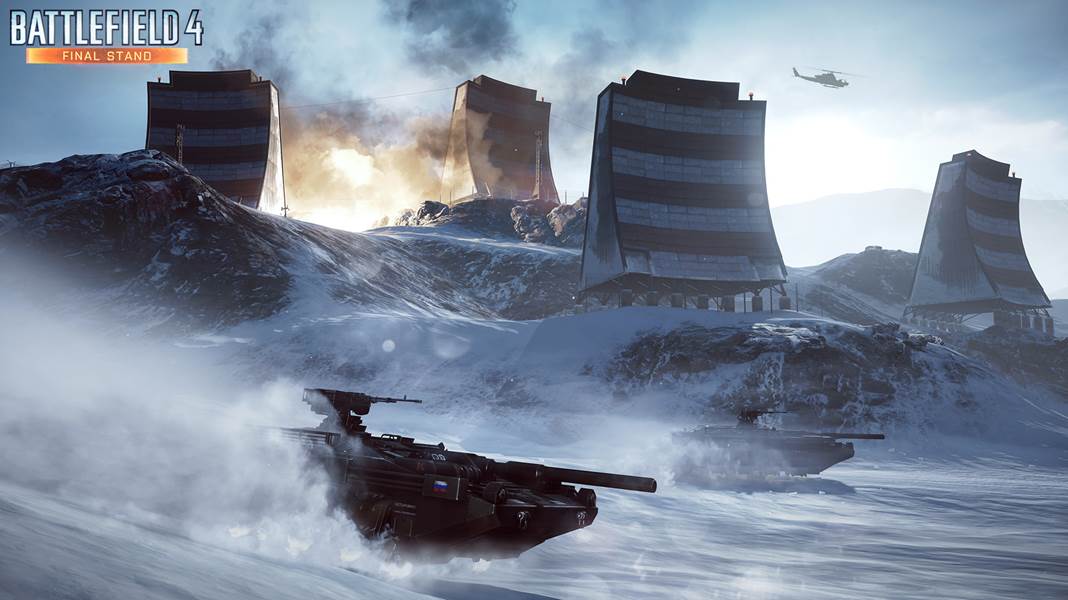 Our Review of Battlefield 4
81%
Great
Reviewed on PC
"A gregarious online experience that demolishes itself and the competition"
Game Ranking
Battlefield 4 (PC) is ranked #389 out of 1739 total reviewed games. It is ranked #39 out of 158 games reviewed in 2013.
388. Zone of the Enders HD Collection
PlayStation 3
389. Battlefield 4

All videos for Battlefield 4 (6)