A new release date is set for the upcoming shooter

Electronic Arts has confirmed the new release date for Battlefield Hardline is set for March 17, 2015 in North America and March 19, 2015 in Europe.

In the single player story, Miami is embroiled in a drug war and Officer Nick Mendoza has just made Detective. Alongside his partner, veteran detective Khai Minh Dao, he follows the drug supply chain from the streets to the source.

In multiplayer, you're on one side of the law or the other - a baton or bat, stun gun or rifle, armoured police truck or powerful muscle cars. Teamwork is going to be essential if you want to pull off that perfect heist or big time bust in this new take on Battlefield multiplayer.

Battlefield Hardline will be available for the PlayStation 4, Xbox One, PC via Origin, PlayStation 3, and Xbox 360. 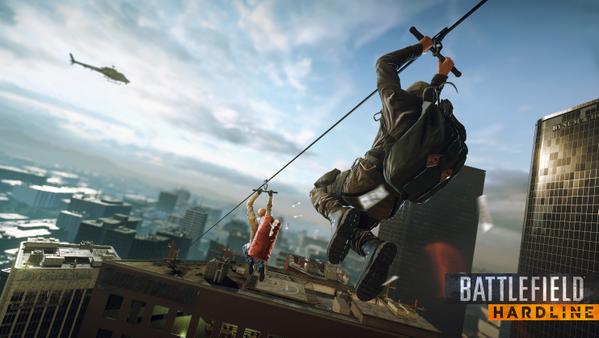 Online
There is currently 1 member and 179 guests on the website right now. Who's On?
Activity in the past 10 minutes: