Stars Wars: The Old Republic getting Shadow of Revan expansion

BioWare and LucasArts have announced a brand-new digital expansion, Shadow of Revan, coming December 9, 2014 to Stars Wars: the Old Republic.

Shadow of Revan offers five new levels of story-driven missions, an increased level cap of 60, new worlds to explore, high-level multiplayer Flashpoints and Operations and more. Plus, for a limited-time, all Subscribers who pre-order receive a Class Experience Boost, offering players 12x experience gain through Level 55.

Beginning today, players can pre-order Shadow of Revan for $19.99. Players who pre-order by November 2, 2014 will receive one week of Early Access to Shadow of Revan starting December 2, exclusive Grand Statue of Revan to display in Player Strongholds, plus Rise of the Hutt Cartel expansion.

Players who pre-order by December 1, 2014 will also receive the Revan statue, and Rise of the Hutt Cartel expansion.

Star Wars: The Old Republic is a free-to-play MMO set thousands of years before the Star Wars movies. Players team up with friends online to fight in battles between the Republic and Empire, explore a galaxy of planets and experience space combat. 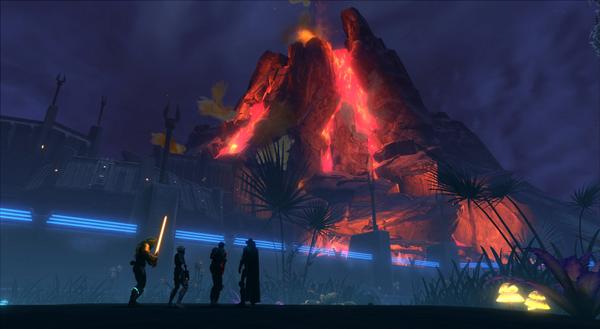 Star Wars: The Force Unleashed II
Online
There are currently 0 members and 109 guests on the website right now. Who's On?
Activity in the past 10 minutes: