The Batmobile Edition (£169.99 / €199.99 / $199.99) will include all of the content from the Limited Edition, but a transformable Batmobile realised by TriForce, instead of the Batman statue.

Both special editions will be available worldwide for console versions, while the PC will only get the Limited Editiom in in Europe, Australia and New Zealand.

Batman: Arkham Knight is based on DC Comics’ core Batman license and will be available exclusively for the PlayStation 4, Xbox One, and Windows PC. 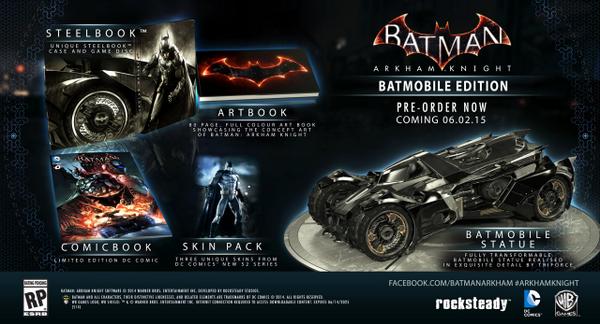