For the first time ever, Nintendo’s Mario Kart franchise will include real-world car models.

An August 27 game update to Mario Kart 8 for the Wii U console will deliver a variety of new features for players, including the ability in-game to download three free Mercedes-Benz cars that players can race: the modern Mercedes-Benz GLA, the 300 SL Roadster from the 1950s and the legendary Silver Arrow of the 1930s.

The GLA model comes with special wheel options, while players can customize all three new karts with various wheels and gliders in the game.

Mario Kart 8 was released for Wii U earlier this year. 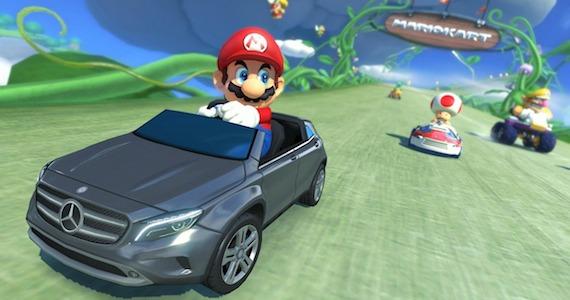