At San Diego Comic-Con this week, Activision has announced plans to bring Eon's Elite, a new set of premium toys, to Skylanders fans worldwide this fall.

The limited edition Eon's Elite will introduce eight must-have collectible versions of fan-favorite Skylanders characters, beginning with Spyro and Chop Chop. The heroes feature a never-before-seen decoration with a distinct, metallic finish and a golden base that sets them apart from other Skylanders toys.

Each of these special edition toys will be offered in premium foil packaging and also features a display case with a 3D lenticular background. Additionally, when played in-game, Eon's Elite will be up to three times as powerful over other characters.

Eon's Elite characters will be available in limited quantities at GameStop and EB Games stores in North America, Australia and New Zealand, and select retailers in Europe this fall while supplies last.

The next chapter in the game franchise, Skylanders Trap Team, will launch in October. 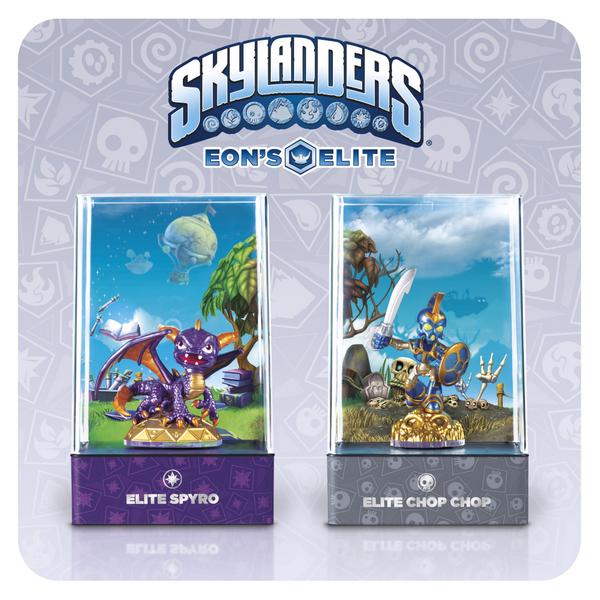