Team17 has confirmed its long running Worms franchise will make its debut on the next generation of consoles this month.

Having seen it already appear on over twenty-five other platforms since the series introduction back in 1995, Worms Battlegrounds is making its way on to Xbox One and PlayStation 4 on May 30th 2014. 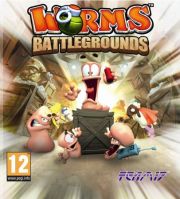 All videos for Worms Battlegrounds (1)