Action title delayed to 2015 as a new engine is introduced

Techland has announced that its upcoming dark fantasy game Hellraid will run on a new engine, while the game itself went through an overhaul and is now heading to next-gen consoles alongside the PC release, with Steam Early Access planned for autumn.

Since its reveal last year, Hellraid has expanded and evolved thanks to the developers’ experience and players’ feedback. While the game will remain faithful to its first-person co-op slasher gameplay, Techland has decided to implement new features and technology.

Hellraid will offer three different game modes. In the Story Mode, players will explore the world and try to repel forces of Hell. The Mission Mode will put more focus on arcade-style fun of climbing up leaderboards, creating the longest combos and beating high scores, while the new Arena Mode will offer survival gameplay with waves of deadly demonic hordes to fend off. All these modes will be available in both single-player and 2-4 players co-op. 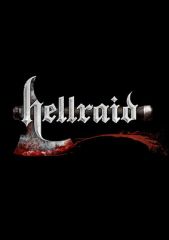 All videos for Hellraid (4)