For fans that want the original experience

Square Enix has announced today that Lightning Returns: Final Fantasy XIII will feature the original Japanese Voice-Overs available as free downloadable content (DLC) during the first two weeks of the game being on-sale.

Lightning Returns: Final Fantasy XIII will be available for the Xbox 360 and PlayStation 3 on February 11, 2014. 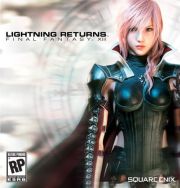