Ubisoft has announced that Assassin’s Creed Liberation HD will be coming to PS3 and PC on January 14th.

Each mission has been reworked in order to improve its pacing, and the challenge it poses to the player. Liberation is set in New Orleans between 1765 and 1780, in the period between the end of the French and Indian War, up to the middle of the American Revolution. Liberation tells the story of Aveline; a female Assassin of mixed French and African heritage. Brought up in a world of privilege and contrasts, Aveline becomes a strong-willed woman and an avid opponent of slavery.

In addition to the HD upgrade, there are new missions specific to Aveline’s Personas. Aveline is the first Assassin with such clearly different character types — Assassin, Lady, and Servant. Each persona has its own advantages and disadvantages when playing missions, and each generates a different reaction from the city life around Aveline. That’s a total of 15 missions delving deeper into Aveline’s story. Sniper Elite V2
Online
There are currently 0 members and 116 guests on the website right now. Who's On?
Activity in the past 10 minutes: 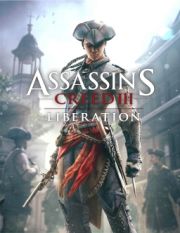