According to Eurogamer.cz an expansion is coming to Dragon Age March 2010. Called either Awareness of Awakening the expansion will be priced at around half that of the full game. Probably $30.00 USD and will require the original game to run.

It will allow players to take up the role of a completely new character alongside the main story of the original game. Including a full origin backstory for that new character and a new campaign. It will be around 15 hours long in comparison to the rather lengthy original game.

Details aren't solid on this, but more information should be released in January from Electrnic Arts in regards to this expansion. We will keep you updated if any other details arise.

Online
There are currently 0 members and 195 guests on the website right now. Who's On?
Activity in the past 10 minutes: 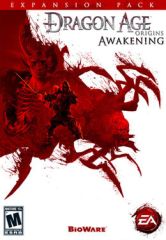