2K Sports today announced that NBA 2K13 will be paired with the upcoming MLB 2K13 in a combination pack, available for purchase on March 5, 2013 at participating retailers for $79.99.

“Bundling two of the biggest sports franchises again just made sense,” said Jason Argent, vice president of marketing for 2K Sports. “In the same way that fans don’t limit themselves to one sport, sports video gamers seek the level of variety and convenience offered in this package. Combining NBA 2K13 and MLB 2K13 will make it easy for fans to discover the latest entries to these popular franchises at an incredible value.”

Both games are developed by Visual Concepts, a 2K Sports studio, and the pack will be released for Xbox 360 and PlayStation 3.

Lord of the Rings: War in the North
Online
There are currently 0 members and 138 guests on the website right now. Who's On?
Activity in the past 10 minutes: 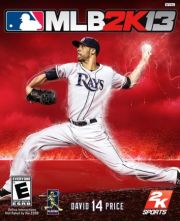