SEGA, Take Two, Ubisoft and more are involved as company assets are auctioned off

The official results of today's THQ Auction are beginning to appear, with big moves being made to save major brands from the bankrupt publisher.

Reported by NeoGaf, a letter was sent to all THQ employees detailing the outcome.

The big movers are as follows. Sega agreed to purchase Relic studio (Company of Heroes, Warhammer 40k) for $26.6 million. Bethesda was the runner-up on the purchase with $26.3 million offer.

Other transactions saw Crytek purchase Homefront ($500k, no other offers) and EA working on a WWE agreement.

Perhaps most surprising is the fate of Vigil studio (Darksiders), which was not sold today and thus could potentially be closed if no buyer steps up soon.

"We expect that most employees of the entities included in the sale will be offered employment by the new owners. However, we cannot say what these owners may intend, and there will likely be some positions that will not be needed under the new ownership. You should receive notice this week or early next week if the new owners intend to extend employment to you. Please note that the terms of your new employment, including pay and benefits, may be different from the current terms of your employment with THQ," read the letter from President Jason Rubin and CEO Brian Farrell. "If you are an employee of an entity that is not included in the sale, we regret that your position will end."

THQ Inc. was founded in 1989 in the United States, the company developed products for video game consoles, handheld game consoles, as well as for personal computers and wireless devices. Its name derives from "Toy Head-Quarters" during the time when the company was a toy manufacturer in the early 1990s. 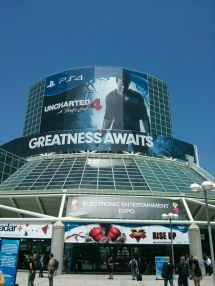 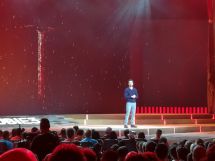 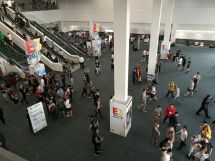 Torchlight 3 out in October
New entry in the action RPG series is coming soon
26 days ago
Giveaway: Enter to win 12 months of Xbox Live Gold
Enter our giveaway for your chance to win the membership codes
6 days ago
Xbox Game Studios celebrates 2020 milestones
15 games launched this year, a record for the publisher
18 days ago
Ghost of Tsushima: Legends out next week
Major free update adds multiplayer mode, more content
18 days ago