The online patch, available now via XBOX Live (coming later to PS3), enhances the gameplay experience by improving features and bugs within the game. Updates include improved frame rate, fixed save game system, fixed bugs in “Homeless” side quest/mission, and several other performance enhancements/bug fixes.

Konami has also announced today that Silent Hill: Downpour is going to be available for download, via XBOX Live Games on Demand, beginning on October 30 for $39.99. 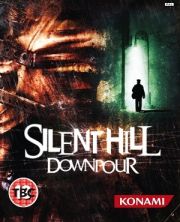