Funcom and EA Partners have today opened the doors to the modern-day massively multiplayer online (MMO) game, The Secret World.

The Secret World is set in a modern-day world where every conspiracy theory, fable and urban legend is true. The power to rule the world is fought over by three secret societies - the Illuminati, Templars and Dragon - that pull the strings of governments, corporations and CEOs.

“Community reception for The Secret World has exceeded our expectations and exceeded all Funcom’s previous records with over 1.5 million beta sign ups,” said Trond Arne Aas, CEO of Funcom.

The game is now available on PC worldwide for $49.99 USD. Included with the purchase of every copy of The Secret World is 30 days of access to the game, which players can continue to play through subscribing at $14.99 USD per month.

Dragon Age: Inquisition
Online
There are currently 0 members and 150 guests on the website right now. Who's On?
Activity in the past 10 minutes: 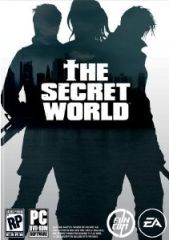 All videos for Secret World, The (2)