Today, Ubisoft put the power of the gods in gamers' hands in Babel Rising – a god game that gives players power to smite ancient Babylonians.

Babel Rising also features competitive and cooperative multiplayer modes, and allows players to test their powers against each other.

Prev:
Supernatural expansion for The Sims 3 announced
Next:
Free trial of TERA launches 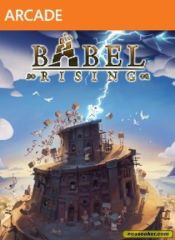