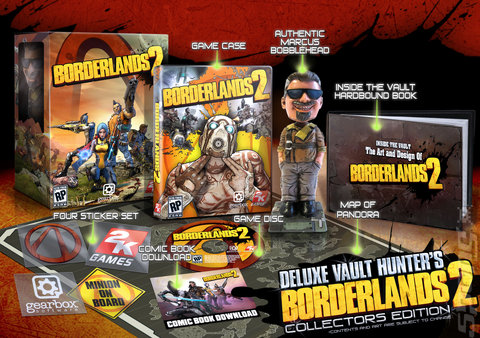 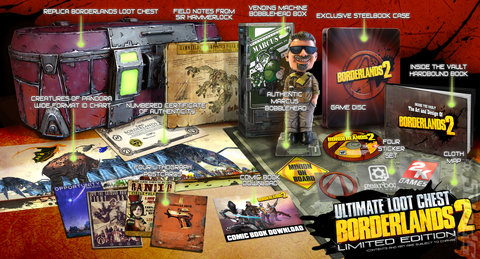 Gamers who pre-order any edition of Borderlands 2 will also gain access to the Borderlands 2 Premiere Club, allowing them to download the Gearbox Gun Pack, a Golden Key, the Vault Hunter’s Relic and a new fifth character class - the Mechromancer (which will be released post-launch and will only be free to those who preorder the game).

Borderlands 2 (and all Special Editions) will be available in North America on September 18, 2012, and internationally on September 21, 2012 for Xbox 360, PlayStation 3, and Windows PC.

Our Review of Borderlands 2
81%
Great
The Verdict:
"While refined in almost every way, does Borderlands 2 do enough to differentiate itself from its predecessor?"
Game Ranking
Borderlands 2 is ranked #382 out of 1665 total reviewed games. It is ranked #39 out of 145 games reviewed in 2012.
381. NHL 12
PlayStation 3
382. Borderlands 2

All videos for Borderlands 2 (4)