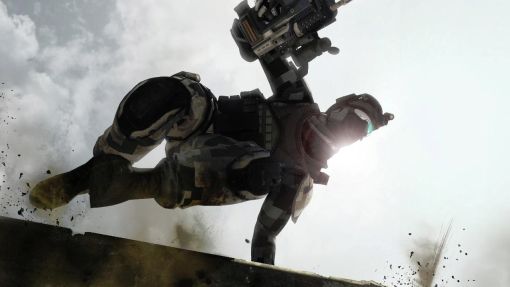 New Game Network is giving away keys to the Ghost Recon Future Soldier Multiplayer Beta on Xbox 360, and here is how you could win!

The MP Beta runs from April 19th until May 2nd, and can only be accessed by Splinter Cell Conviction owners; those who pre-order Future Soldier through GameStop; and PlayStation Plus subscribers. If you're none of the above - here is your chance to get in on the action on Xbox 360.

** CONTEST IS CLOSED! Thanks to everyone who entered - the winners list is below! All winners have been emailed their beta code (check your SPAM inbox just in case!) **


-----------------------
Legal things:
ENTRY: No purchase necessary to enter or win. In order to be eligible to win, participants must follow entry instructions as per this contest page.
ELIGIBILITY: Void where prohibited by law. Contest only open to USA and Canadian citizens over 13 years of age.
PRIZE: The prize will consist of one Xbox LIVE code, which will grant the user access to download Ghost Recon: Future Soldier MP Beta for their account. To use the code, a winner requires to have an active XBL account and enough free hard drive space on the console.
WINNER SELECTION: The winner will be selected after the contest closes. The eligible entries will only be those users who have completed the entry requirements.
NOTIFICATION: The winner will be notified with a private message, and must reply within 48 hours to accept the prize, otherwise another winner will be selected.