After four weeks since PC MMO Aion switched to a Free-to-Play model, Gameforge has announced the first batch of player figures for European territories.

More than 750,000 accounts have been created since that time. Currently, around 20,000 new accounts are adding to this figure every day. The number of active daily users have increased fivefold already.

Currently the team is working on the coming 3.0 content update, which, alongside the level cap increase, brings with it further regions and instances. 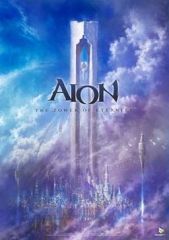 All videos for Aion: The Tower of Eternity (2)