City of Heroes to become a free to play title

“Freedom is about getting more content into the hands of our players, whether they are subscribing or playing for free,” said Brian Clayton, Executive Producer at Paragon Studios. “To do this, we’ve looked at City of Heroes from the ground up and focused on three ways to enhance the experience by giving our players more choices, greater rewards and the best content we've ever produced. And for the first time ever, players can choose to enjoy more than seven years of content for free.”

Freedom will offer both free and premium play models. Players who want the free experience will be able to fight and fly their way to level 50 with full access to Hero and Villain zones, choosing the specific pieces of content they want. Players that decide to subscribe will enjoy all current subscriber benefits as well as new VIP exclusive benefits, content and services.

Starting July 1, current subscribers will begin accumulating 400 Paragon Points every month up until launch, giving loyal customers unprecedented rewards and options when City of Heroes Freedom arrives. These points can be used to purchase hundreds of costumes, items, services and consumables available via the in-game Paragon Market and will be available to use on the first day of launch.

In addition to more Issues (DLC) delivered more frequently, players can look forward to unique content such as monthly Signature Story Arcs (free for VIP Players) that will empower players to make a difference in the City of Heroes universe by fighting alongside iconic heroes and villains as the story unfolds.

“After an unforgettable seven years, the City of Heroes franchise remains the world’s most popular super-powered MMO, and we’re excited to continue that momentum with Freedom,” said Clayton. “Through City of Heroes Freedom, we will be delivering more content to players than ever before, while continuing to expand the ever-evolving City of Heroes storyline and legacy.”
For more information on this announcement, an FAQ and a summary of benefits for VIP Members and Free Players, visit the official website. City of Heroes first launched way back in April 2004.

Star Trek Online
Online
There are currently 0 members and 109 guests on the website right now. Who's On?
Activity in the past 10 minutes: 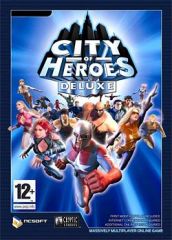 All videos for City of Heroes (2)