Military shooter is available online and in retail stores today

Atomic Games, a developer of simulations for US military and intelligence agencies, announced today its seminal game, Breach, is available today for Xbox LIVE Arcade for the Xbox 360 and Windows PC.

“We are proud to release an original title that has the quality and innovation of a major retail game at a price anyone can afford,” said Peter Tamte. “By using technology orginally built for Six Days in Fallujah, Breach offers features no one else can match at any price. Our destruction and cover systems will forever change the way games are played.”

Breach costs 1200 Microsoft Points on Xbox LIVE Arcade for Xbox 360 or is available for $14.99, or less, on Windows PC through major retailers nationwide, Steam, and Direct2Drive. 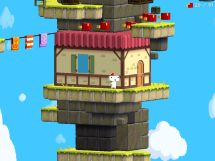 Batman: Arkham Origins
Online
There is currently 1 member and 87 guests on the website right now. Who's On?
Activity in the past 10 minutes:

Our Review of Breach
--
not reviewed
Breach is not yet ranked