Electronic Arts and Criterion Games have announced that Need for Speed Unbound is now available.

With a new visual style, Need for Speed Unbound blends elements of street art with realistic looking cars promising 4K resolution at 60 FPS for the first time in the series. Players will uncover the world of Lakeshore City after a robbery at a family auto-shop tears two friends apart and sets a rookie racer on a journey to win the ultimate street race and reclaim the priceless car that was stolen from them. 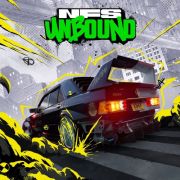 All videos for Need for Speed Unbound (3)